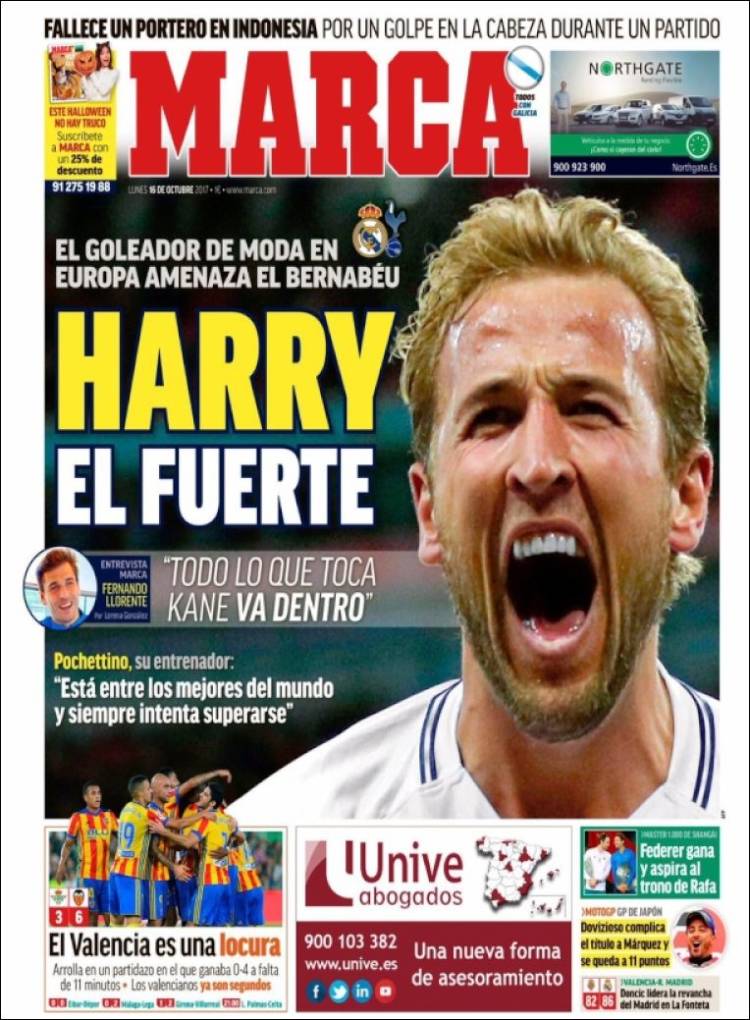 Pochettino: He's among the best in the world and always tries to excel

Llorente: Every touch is a goal 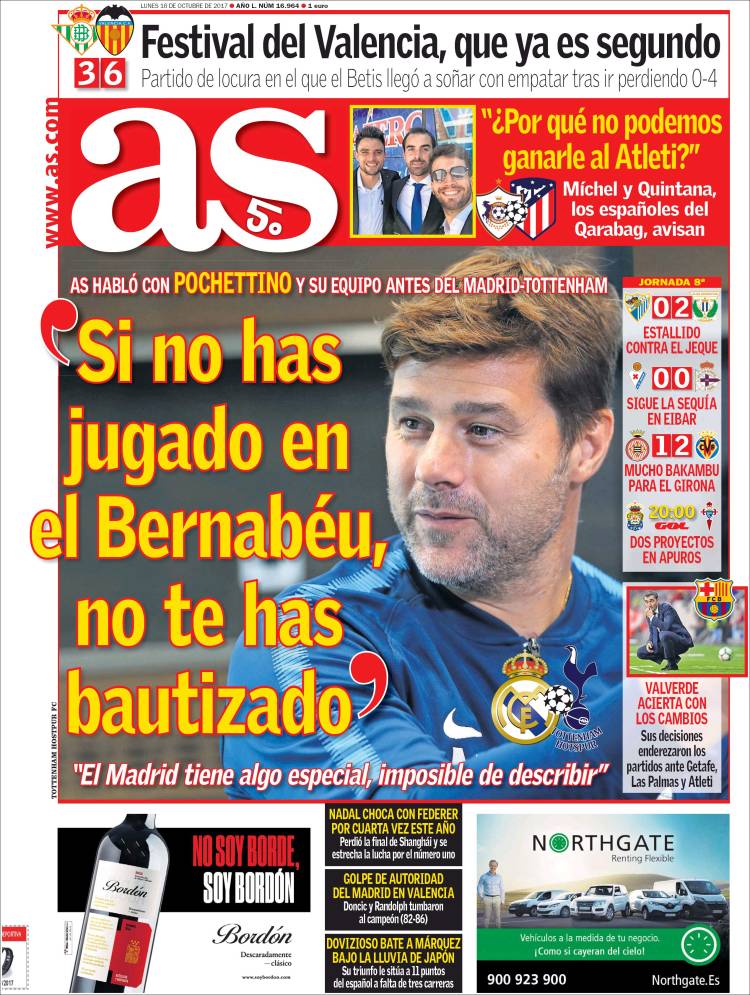 "Madrid have something special, it's impossible to describe"

Valencia festival, they're already second - crazy 6-3 win at Betis after being 4-0 up

"Why can't we beat Atletico?" - Michel and Quintana, the Spaniards of Qarabag 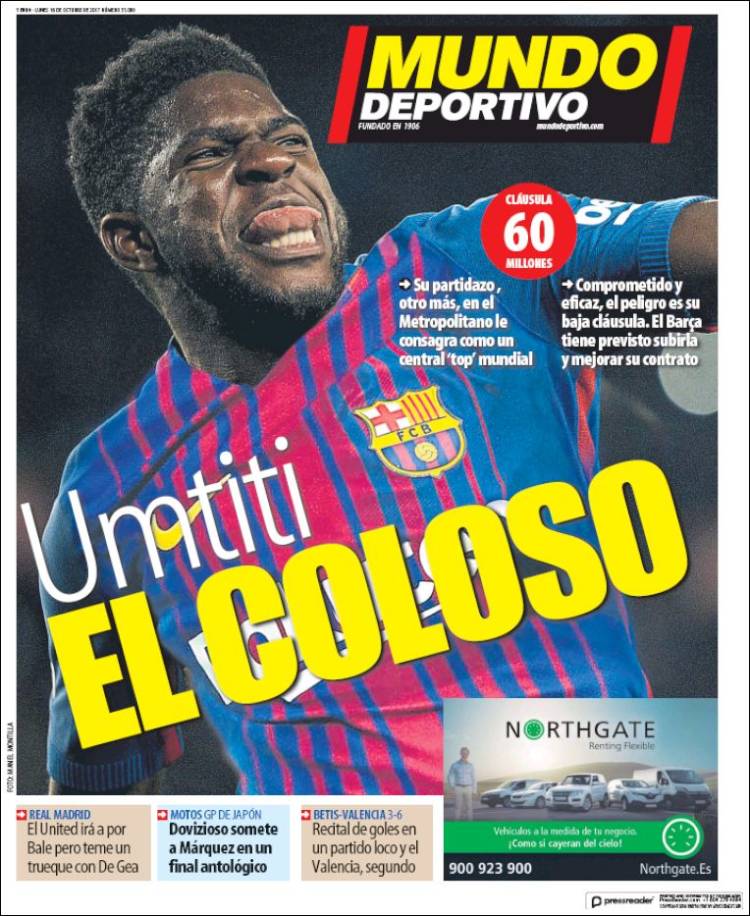 Enjoyed another great game against Atletico, committed and effective - the danger is his 60m release clause

United go for Bale but fear a barter for De Gea