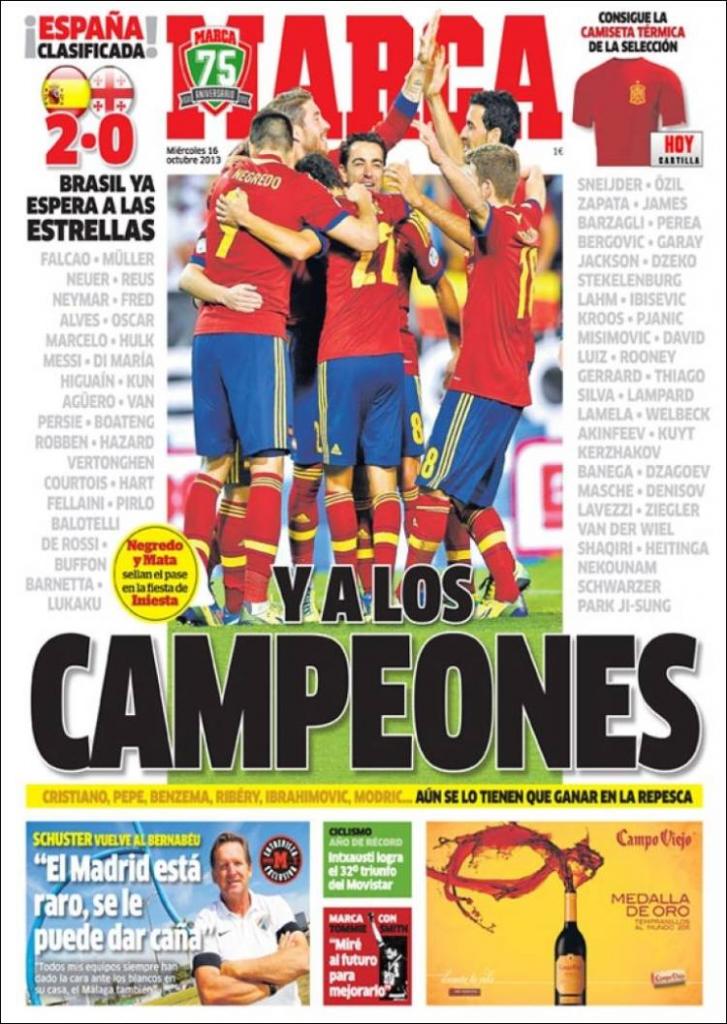 And now the Champions

Cristiano, Pepe, Benzema, Ribery, Ibrahimovic, Modric.. they all have to qualify via the playoffs

Schuster returns to the Bernabeu

"Madrid are rare, we can give them a run for their money"

"All of my teams have always made it difficult for Los Blancos at their ground, and Malaga are no different" 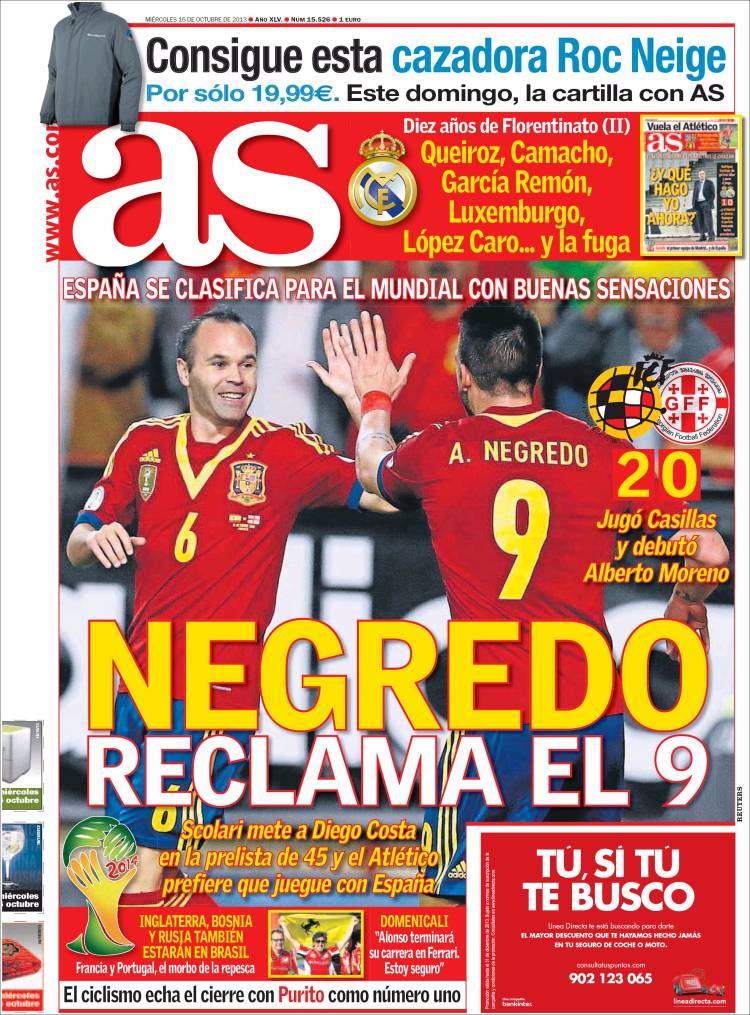 Spain qualify for the world cup with real positive emotions

England, Bosnia and Russia are also heading to Brazil

Domenciali: "Alonso will finish his career with Ferrari, I am sure" 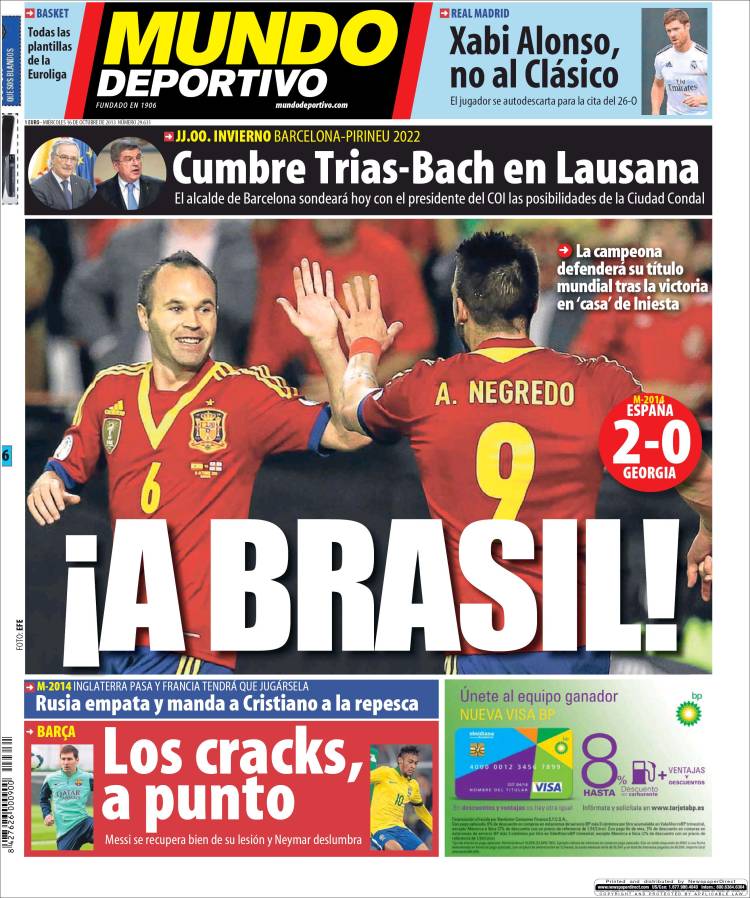 The champions will defend their title after victory at Iniesta's 'home'

Meeting of Trias-Bach in Lausanne

Russa draws and Cristiano has to go to the playoffs

Messi still recovering from his injury while Neymar has been dazzling