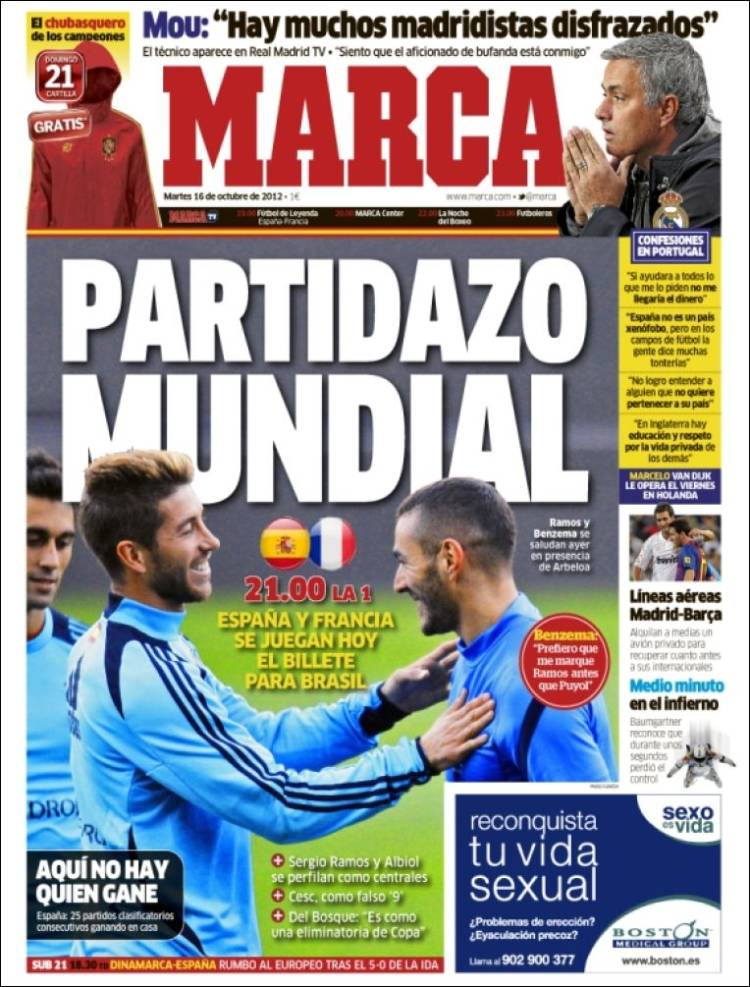 Spain and France play today for their ticket to Brazil

Ramos and Benzema greet each other in the presence of Arbeloa

Sergio Ramos and Albiol tried out in central defence

Mou: “There are many Madrid fans in disguise”

The technician appears on Real Madrid TV: “I feel the fans with scarves are behind me”

Under 21’s Denmark-Spain: The road to Europe after the 5-0 first leg win 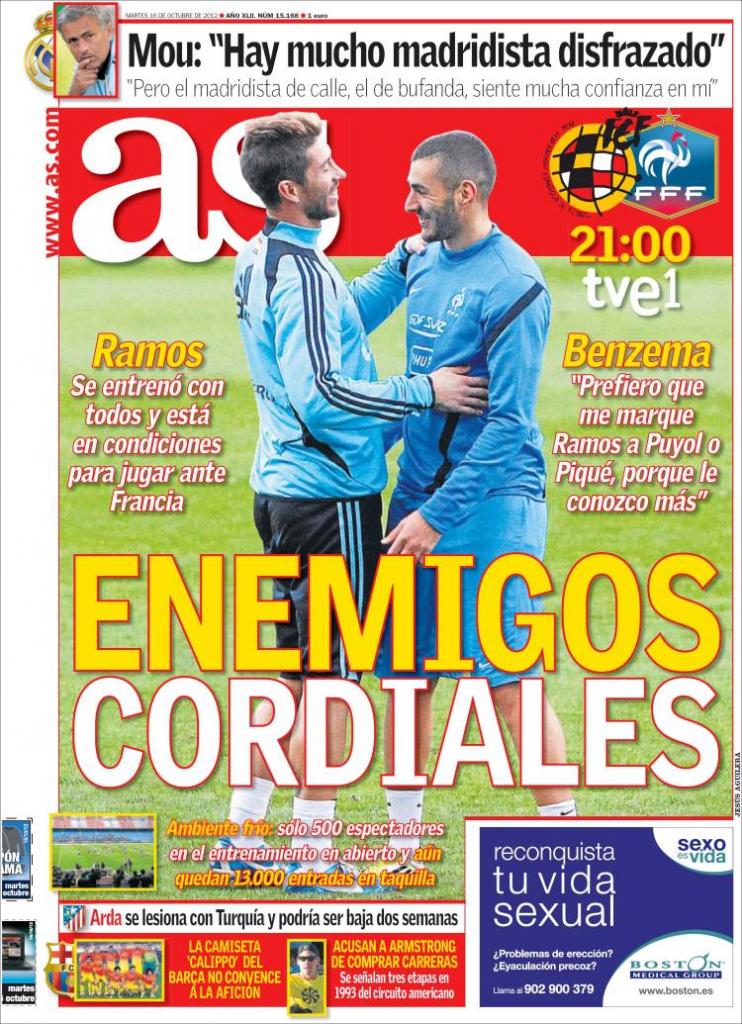 Ramos: “I trained with the others and am ready to play against France”

Benzema: “I prefer to be marked by Ramos rather than Puyol or Pique, because I know him better”

Cold atmosphere: only 500 attend an open training session and there are still 13,000 tickets left

Mou: “There are many Madrid fans in disguise”

“But the Madrid fans in the street, the ones with the scarves, have a lot of confidence in me”

Arda injured with Turkey and could be out for two weeks 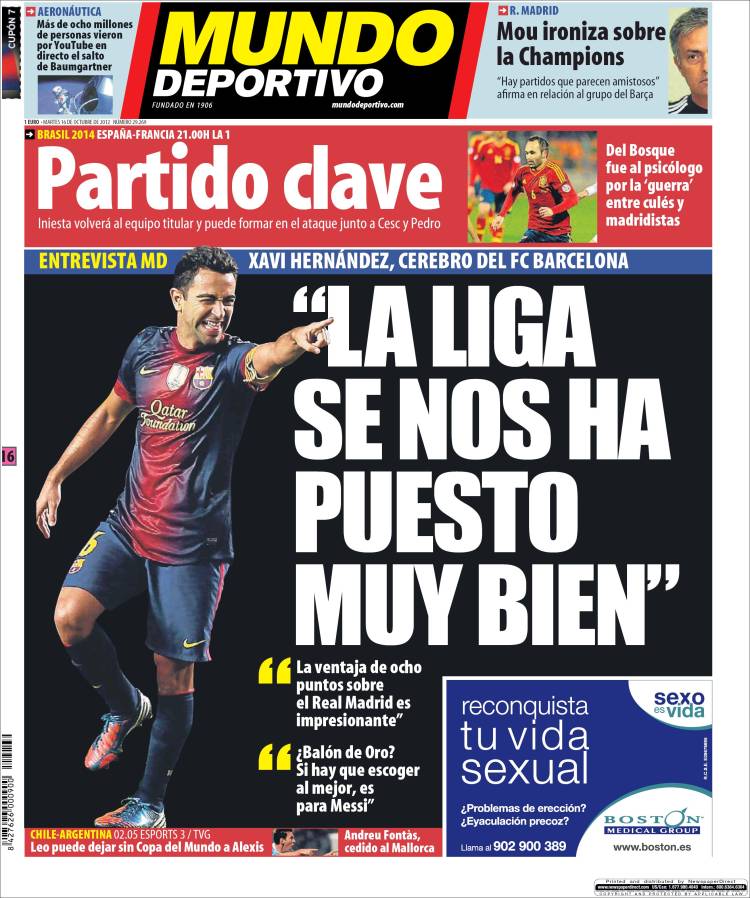 Xavi Hernandez, the brain of Barcelona: “La Liga has gone very well for us”

“The eight-point advantage over Real Madrid is impressive”

“The Ballon d’Or? If you have to choose the best then it’s Messi’s”

Mou ironical about the Champions League: “There are games that look like friendlies,” he declares in relation to Barcelona’s group

Chile-Argentina: Leo could knock Alexis out of the World Cup