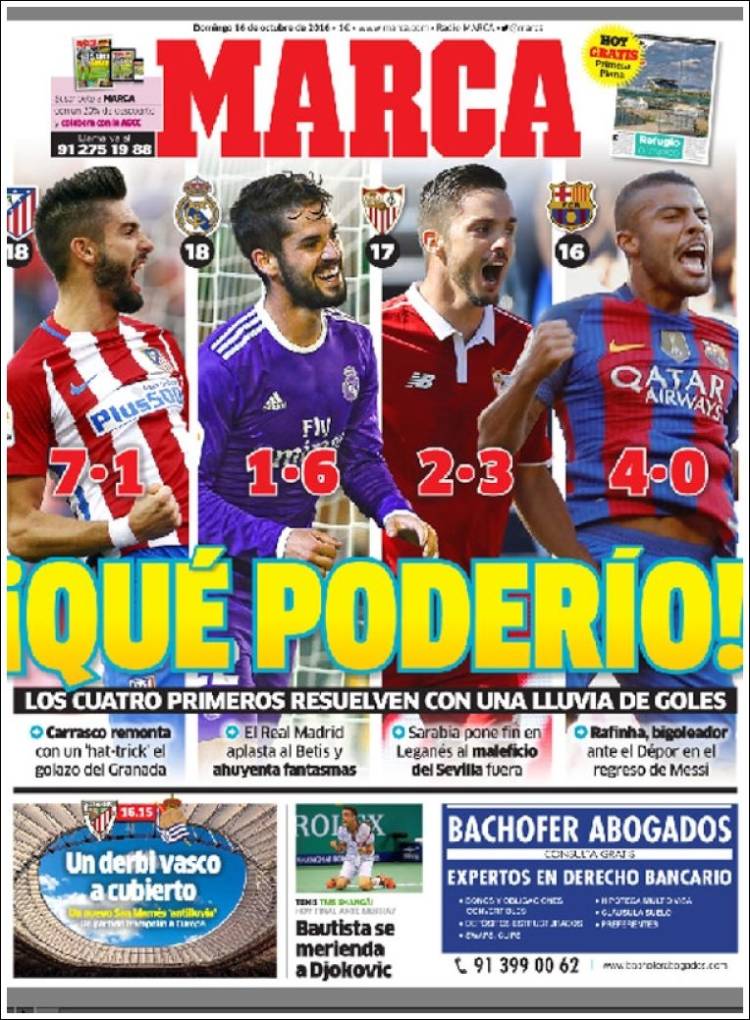 The top four resolve their games with a flurry of goals

Carrasco back with a hat-trick

A Basque derby under covers

A new San Mames that is ‘rainproof’

A springboard game into Europe 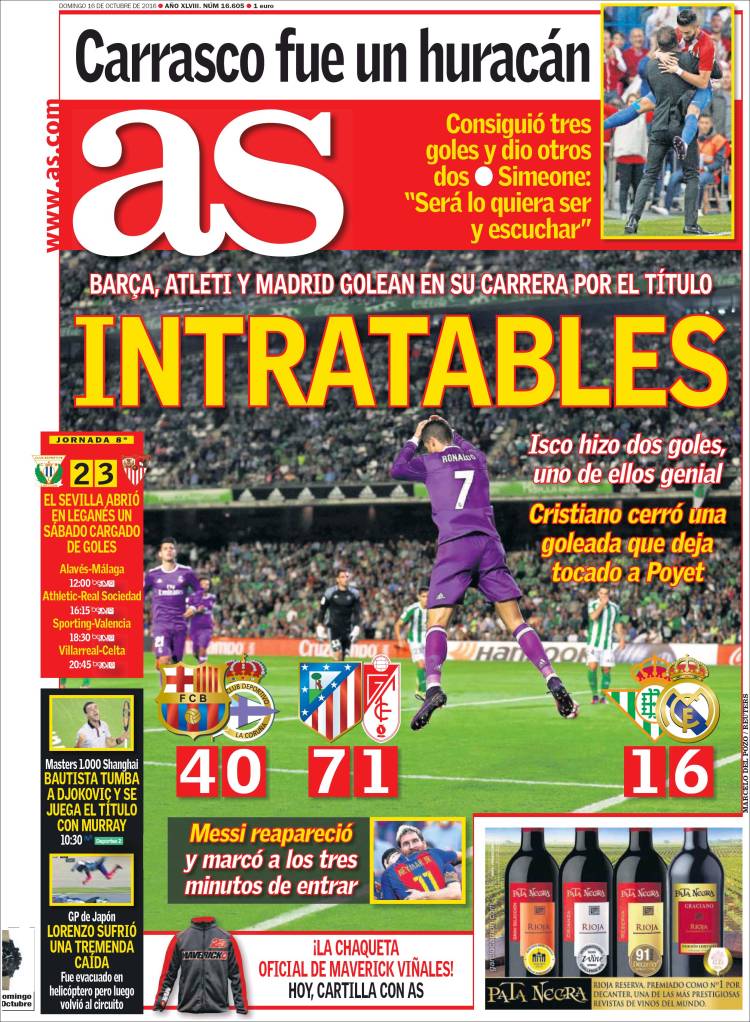 Barca, Atleti and Madrid put on shows in their tilts for the title

Isco scored two goals, one of them great

Cristiano rounded off a rout that left Poyet wounded

Carrasco was a hurricane

Simeone: “He can be what he wants to be and listens”

Sevilla open a Saturday full of goals at Leganes 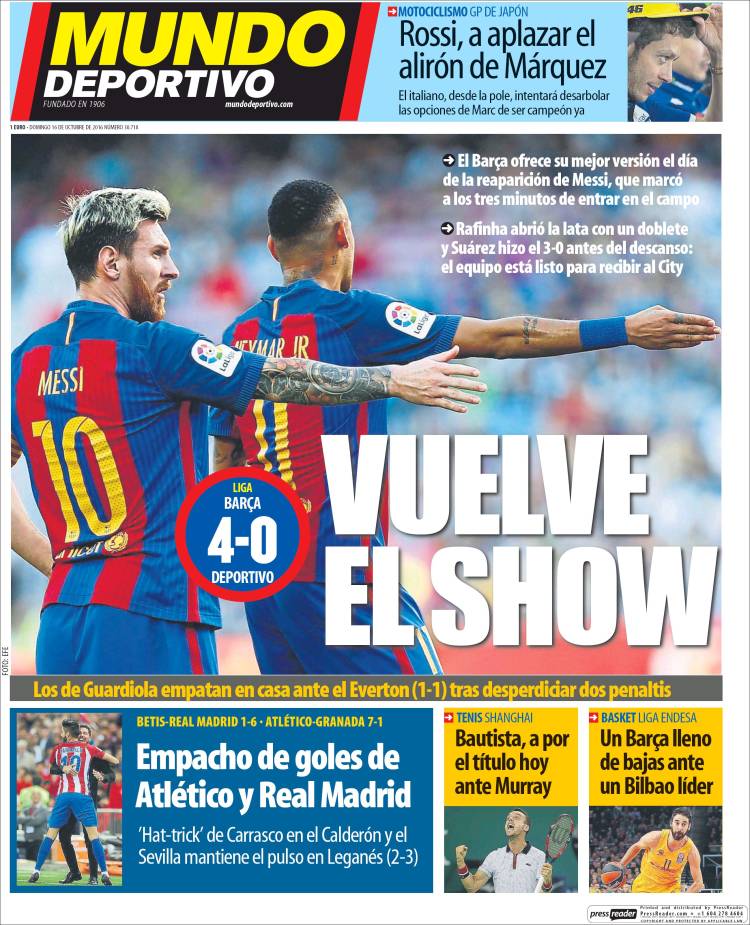 Rafinha broke the deadlock with a brace and Suarez made it 3-0 before the break: the team are ready to host City

Glut of goals from Atletico and Real Madrid