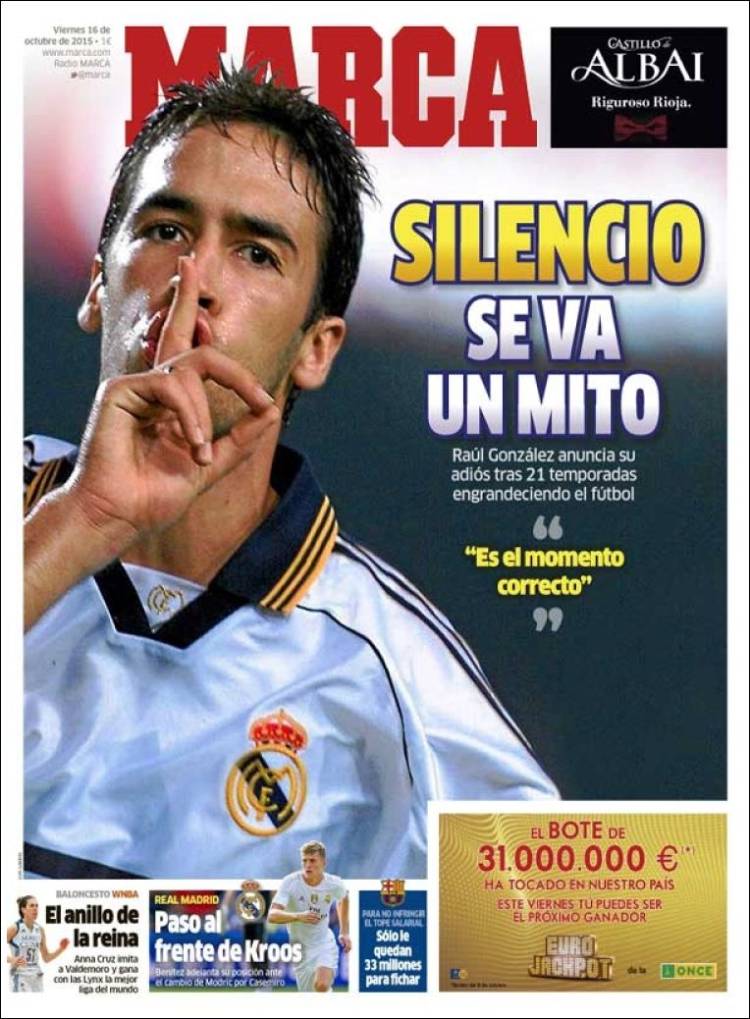 Pause for the departure of a legend

Only €33m available for Barca signings 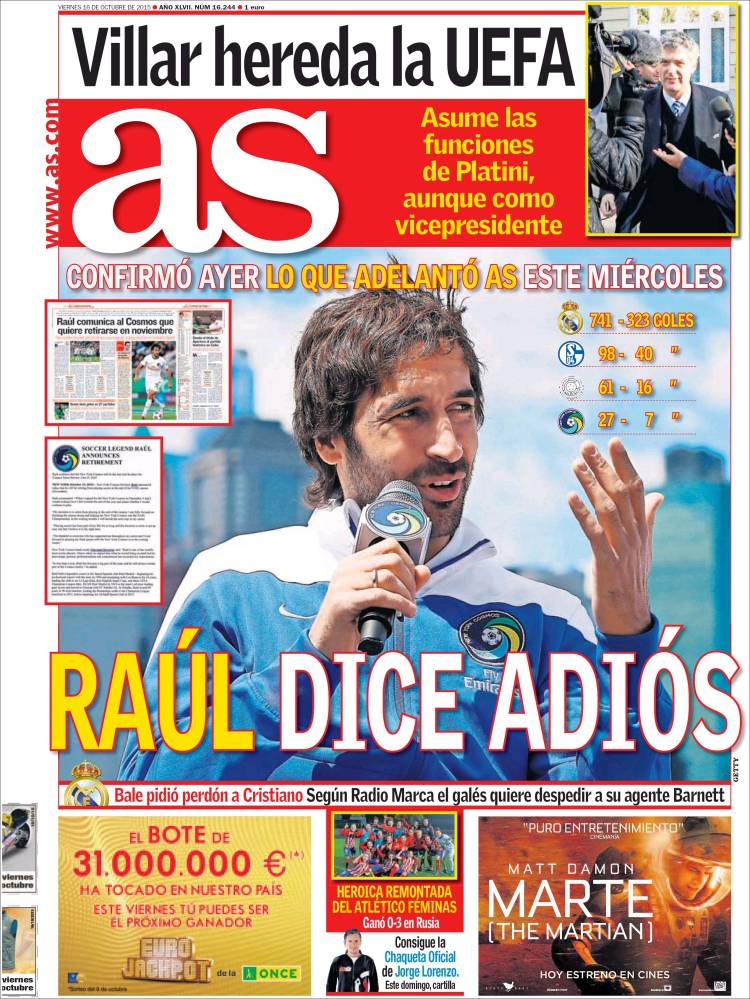 Confirmed yesterday what AS reported on Wednesday

According to Radio Marca, the Welshman wants to sack his agent Barnett

Assumes Platini’s powers but as Vice-President 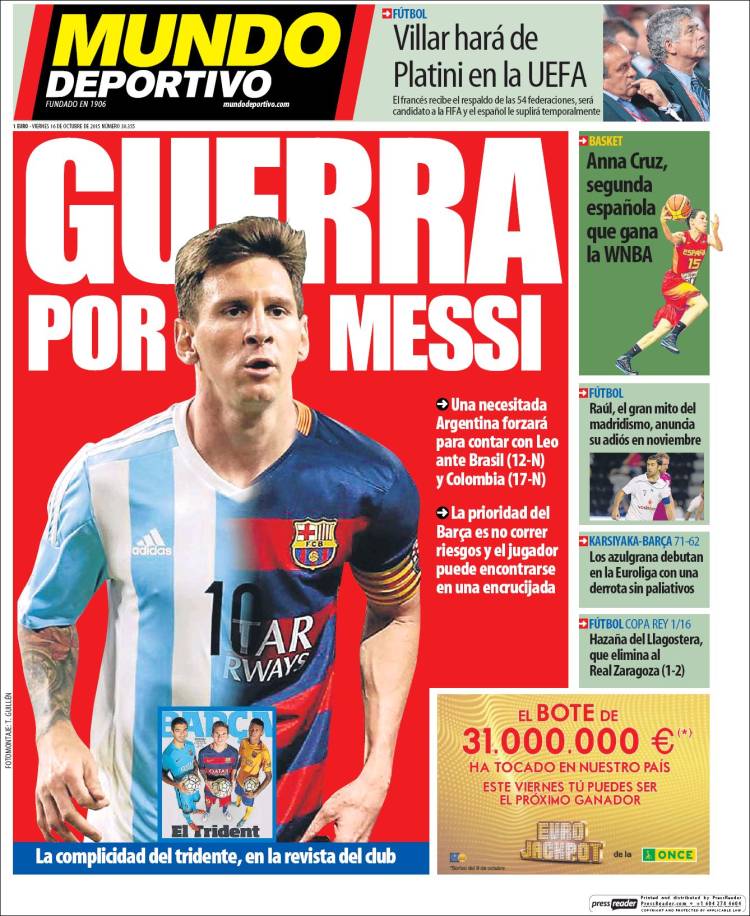 Barca’s priority is not to take risks, leaving the player at a crossroads

Villar to replace Platini at UEFA

The Spaniard will replace him on an interim basis

Raul, the great legend of Real Madrid, will retire in November