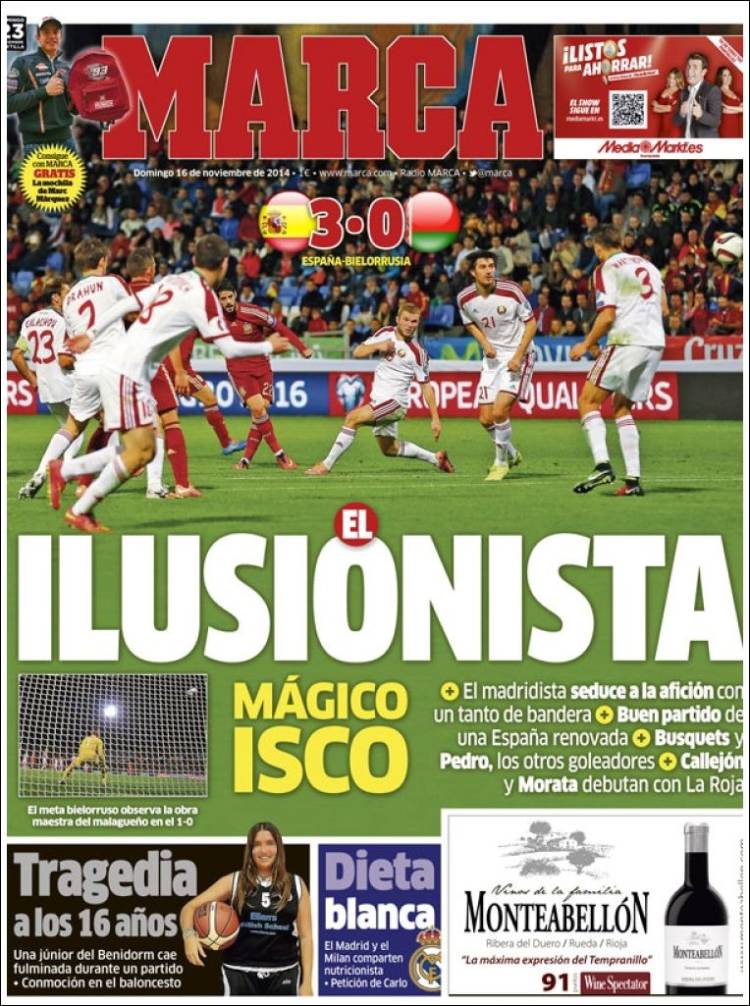 The Madrid player seduces the fans with a flagship display

Good match from a rejuvenated Spain

Busquets and Pedro the other goalscorers 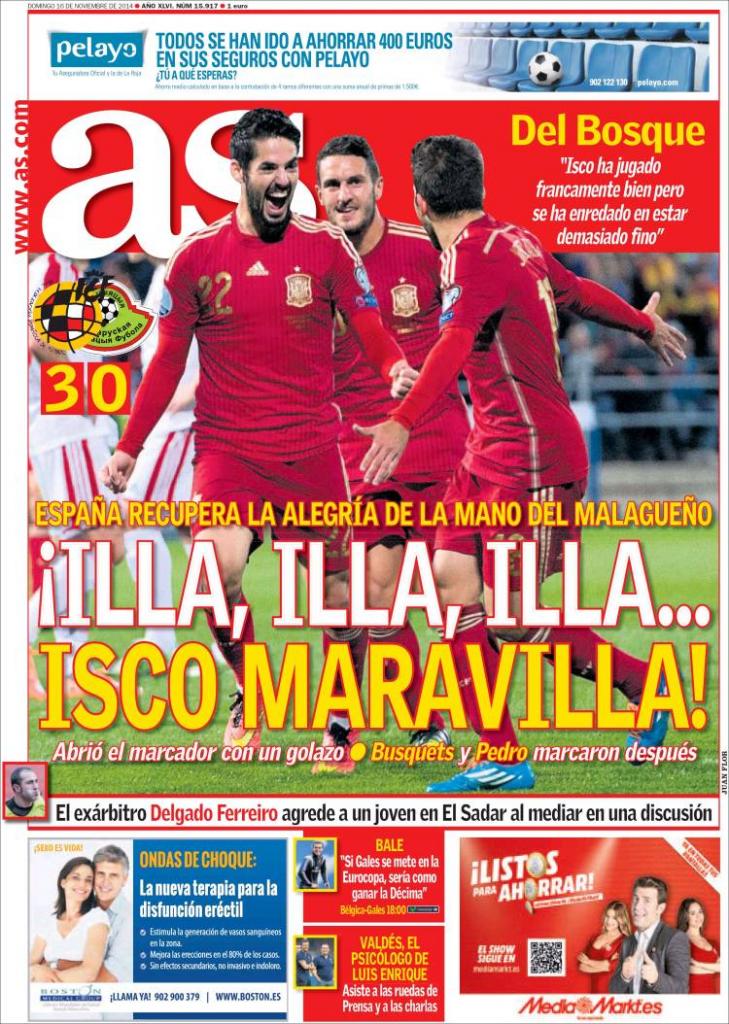 He opens the scoring with a great goal: Busquets and Pedro score later

Del Bosque: “To be honest Isco played well but he was involved in a good all-round performance”

Bale: “If Wales qualified for the European Championships it would be like winning the Decima”

Valdes; the psychology of Luis Enrique: he gets involved in the Press conferences and private conversations 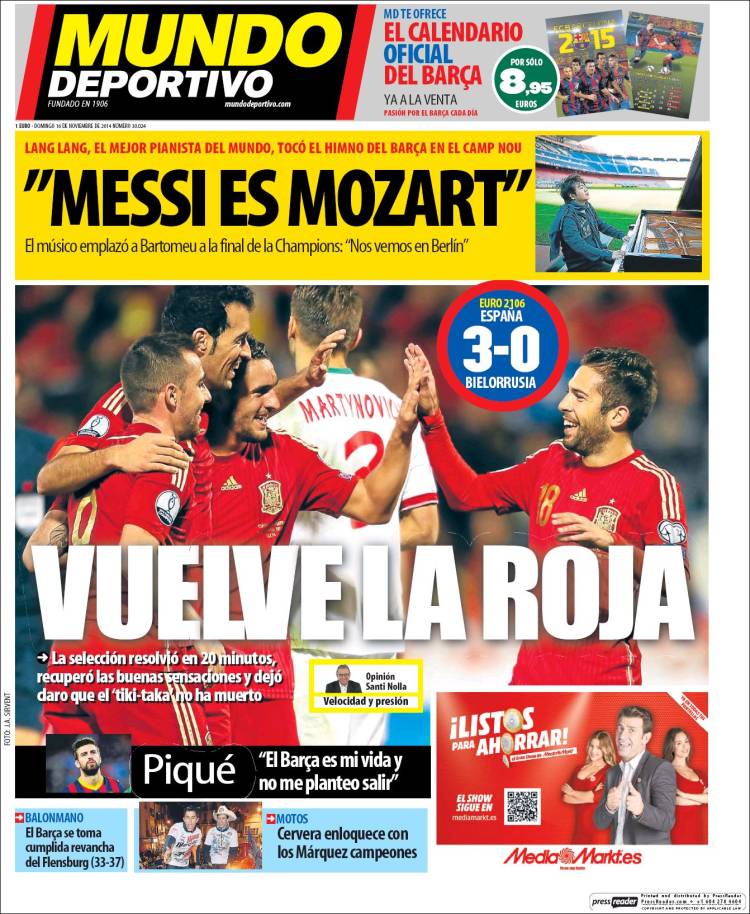 The national team settle things in 20 minutes, get back the good feeling, and make it clear ‘tiki-taka’ has not died

Pique: “Barca is my life and I don’t plan on leaving”

Lang Lang, the best pianist in the world, plays the Barca hymn in the Camp Nou

The musician sees Bartomeu in the Champions League Final: “We’ll see you in Berlin”