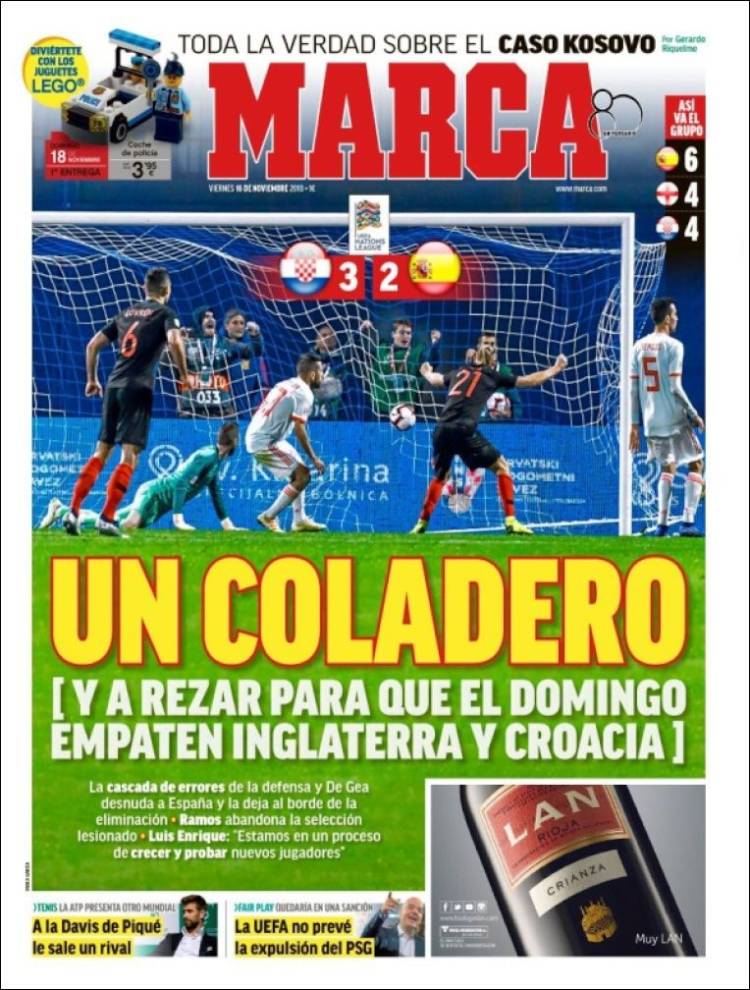 Waterfall of errors, De Gea poor, Ramos withdraws through injury, Luis Enrique: 'We are in a process of growing and trying'

UEFA do not foresee exclusion of PSG 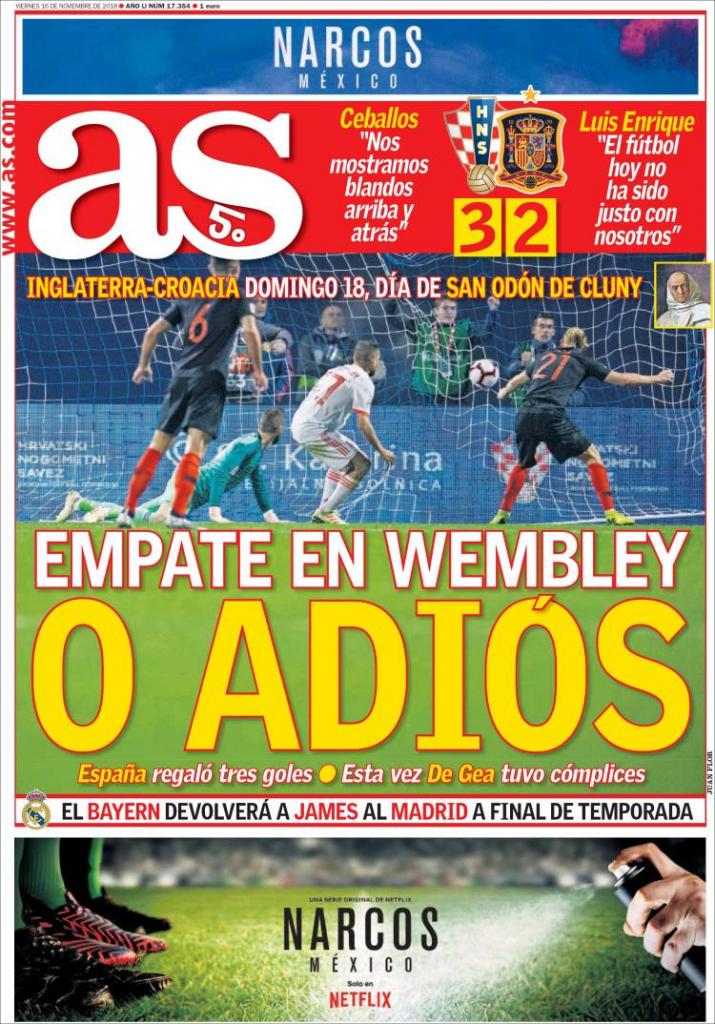 A draw at Wembley or goodbye

Ceballos: We are soft up front and at the back

Luis Enrique: Football today was not just to us 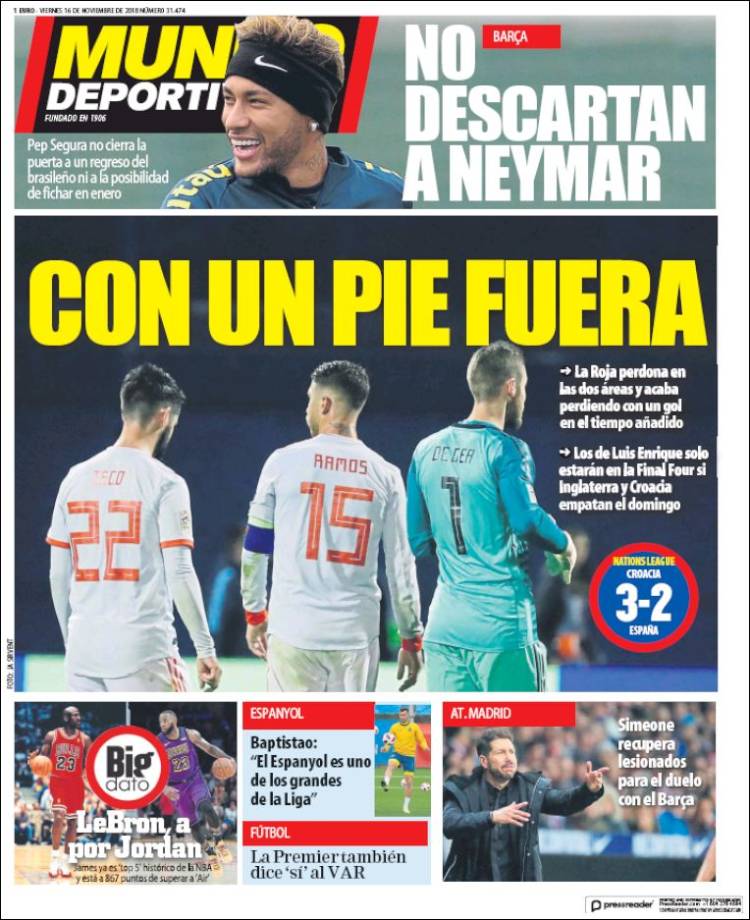 With a foot outside

Do not discard Neymar

Bapistao: Espanyol one of the best in La Liga

Simeone has injuries ahead of Barca game