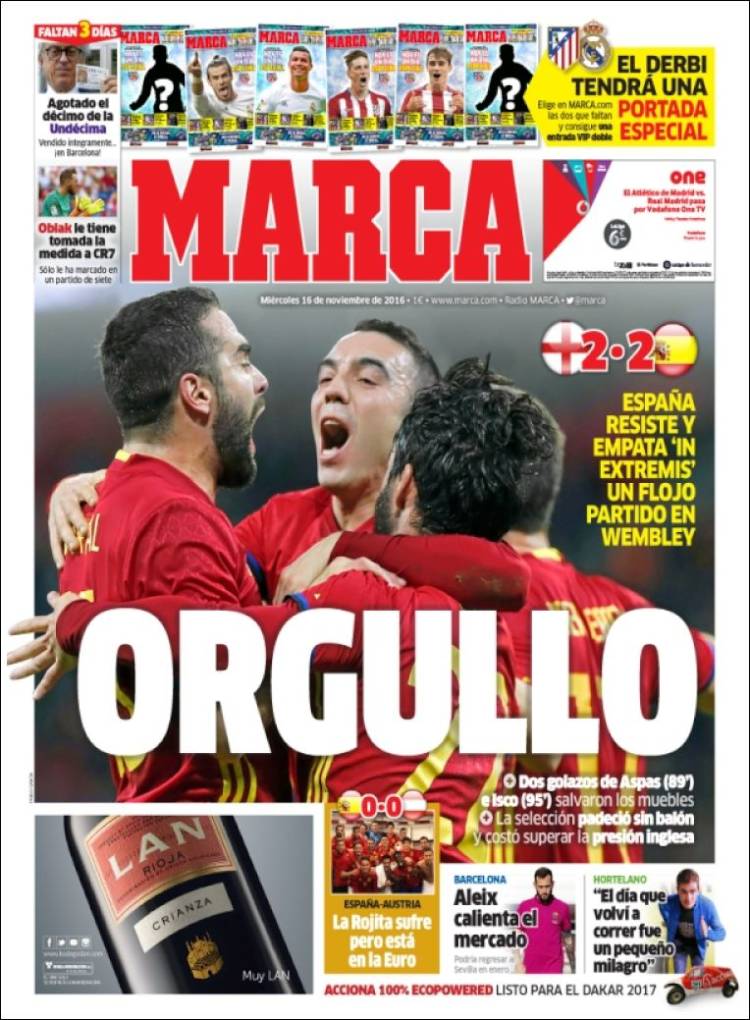 Spain fight and draw 'in extremis' a loose match in Wembley

Two goals by Aspas (89) and Isco (95) salvage a draw, Spain suffered without the ball and were undone by precise England

3 days left...Unavailable for La Decima and Undecima, Madrid derby sold out in...Barcelona! Oblak has measured Ronaldo - only conceded 1 in 7 games to him.

La Rojita suffer but are in the Euros

Aleix Vidal heats up the market - angles for Sevilla return 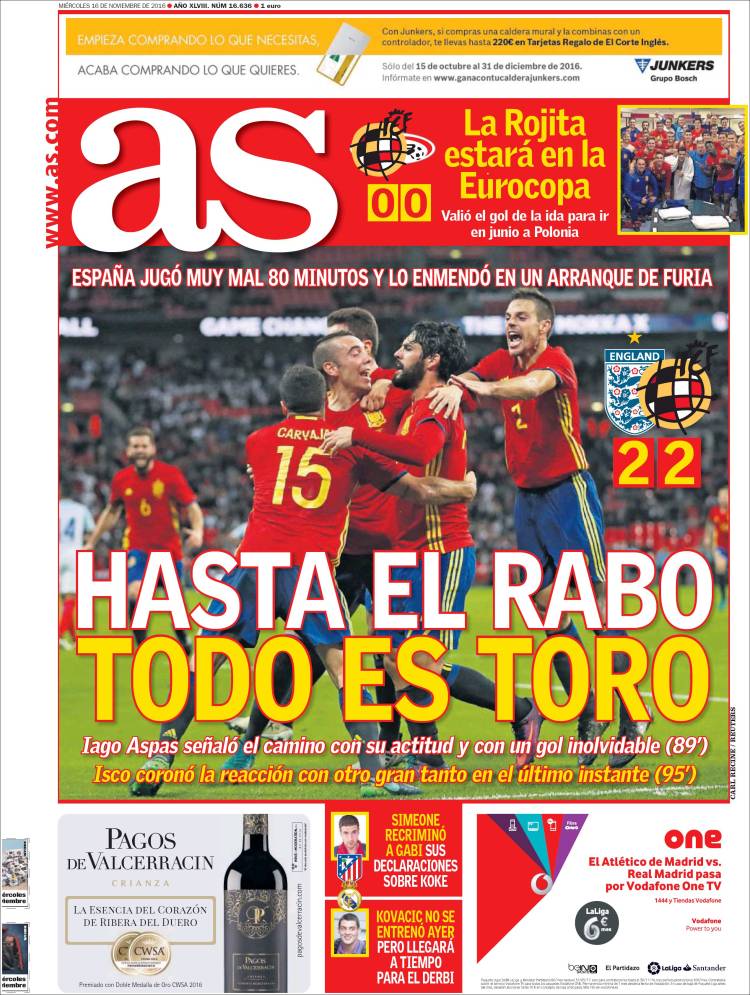 Until the end...everything is bull

Aspas debuts with an attitude and unforgettable goal, Isco crowns Spain's reaction against England with another great goal in the last minute

Kovacic didn't train yesterday but will arrive in time for derby 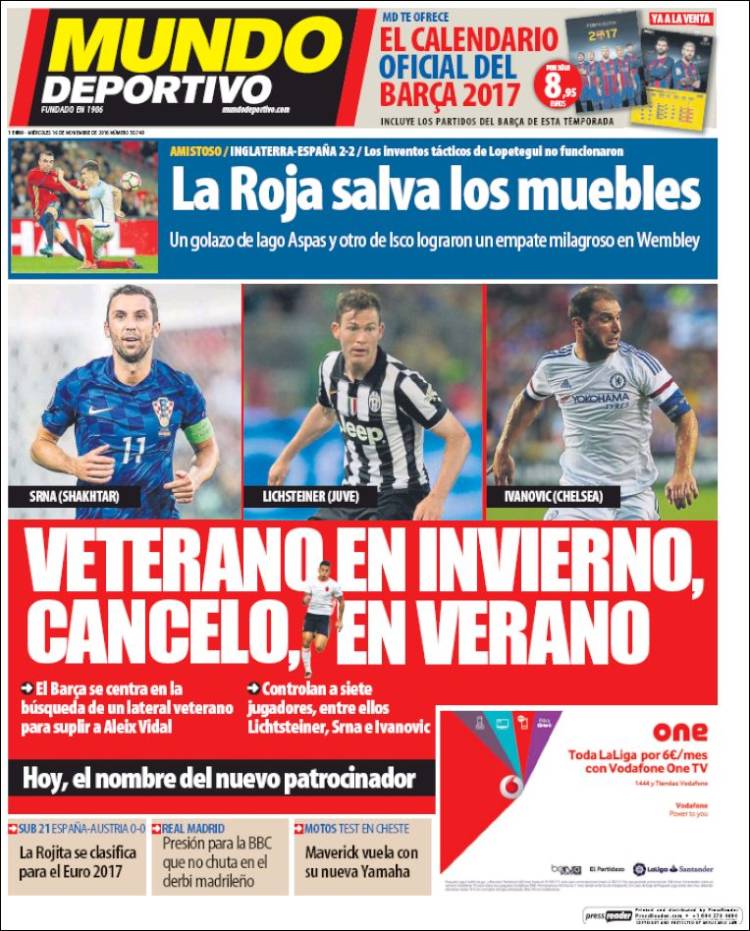 Veteran in winter, Cancelo in summer

Srna (Shakhtar), Lichtsteiner (Juventus), Ivanovic (Chelsea) - Barca weigh up who to replace Vidal with in squad this January

Today, the name of the new Barca sponsor

Real Madrid - questions over whether BBC will start the Madrid derby