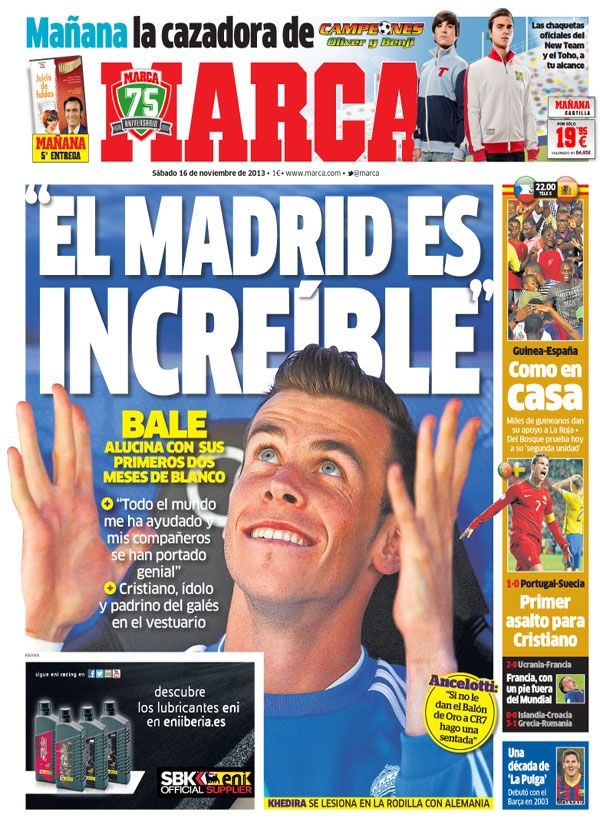 "Madrid is incredible"
Bale amazed with his two months so far at Madrid
"Everyone has helped me and my teammates have been fantastic"
Cristiano is the Welshman's idol and mentor in the dressing room
Spain, like being at home in Guinea
Thousands of Guineans give their support to La Roja
Del Bosque to test out his second eleven today
Ronaldo strikes first
France find themselves a foot further away from Brazil
A decade of La Pulga: Messi debuted with Barca in 2003
Ancelotti: "I get the sense that Cristiano will not win the Balon d'Or" 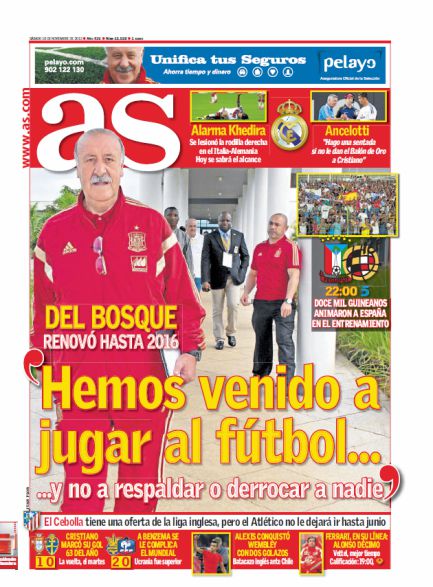 "We have come to play football..and not to support or knock down anyone" Del Bosque
12,000 Guineans cheer on Spain during training
Khedira alarm: He injures his right knee against Italy, today he will know the extent of the damage
Ancelotti: "I have the sense that Cristiano will not get the Balon d'Or"
Cristiano scores goal number 63 of the year
BEnzema's route to Brazil now complicated 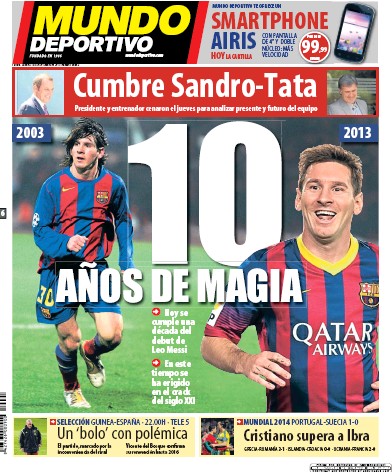