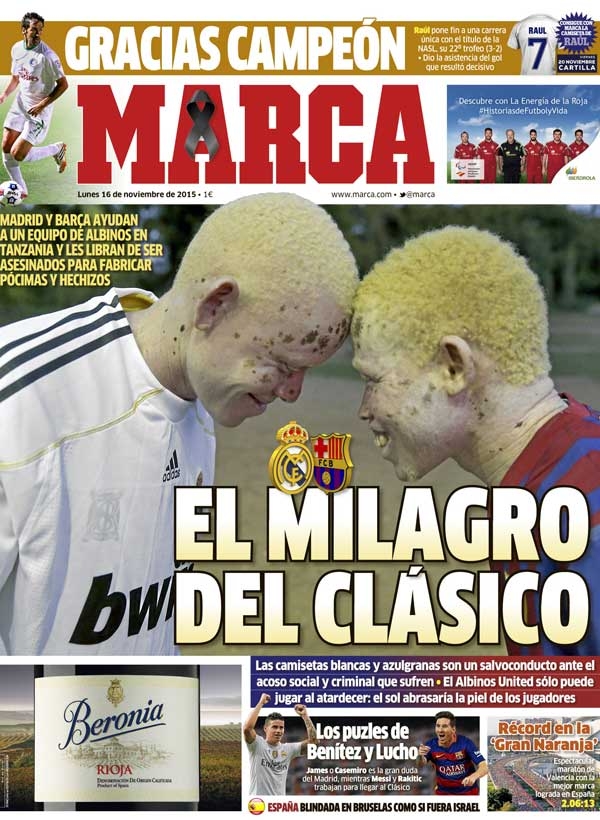 Miracle of the Clasico

The Albinos United can only play at sunset, the sun would burn the players’ skin

Raul ends a unique career with the NASL title, his 22nd trophy (3-2)

He assisted the decisive goal

The puzzles of Benitez and Lucho

James or Casemiro is the big question for Madrid, while Messi and Rakitic work hard to reach the Clasico

Spain armoured in Brussels as if they were Israel 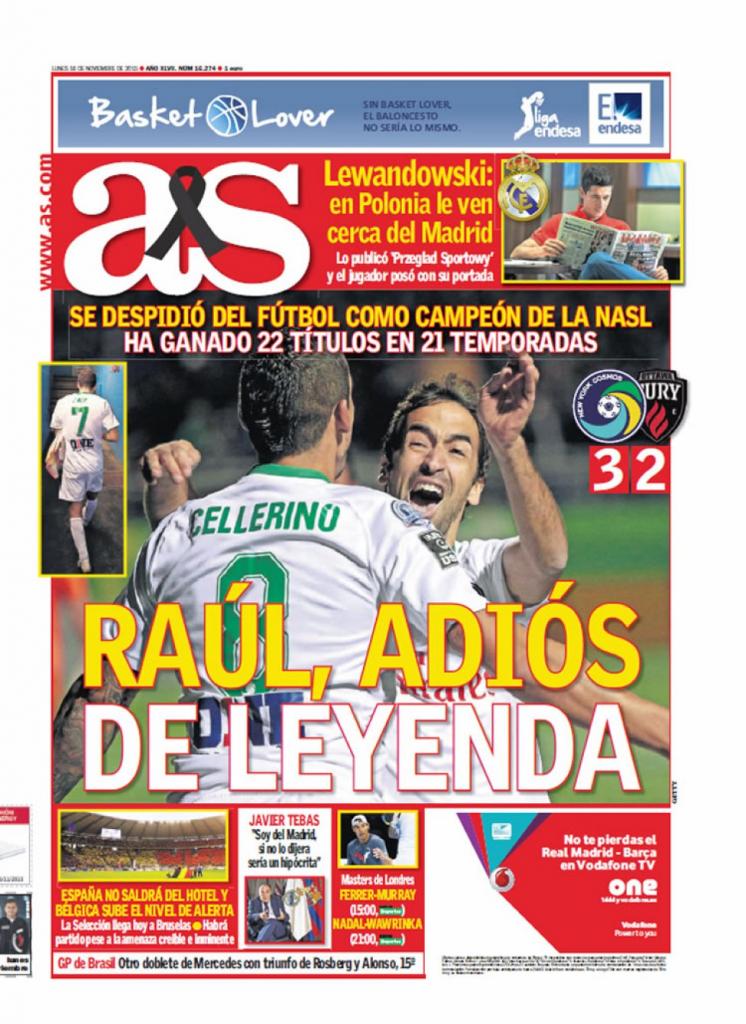 Lewandowski: in Poland they see him close to Madrid

The match will go ahead, despite the credible and imminent threat

Javier Tebas: “I am a Madrid fan, if I did not say so then I would be a hypocrite” 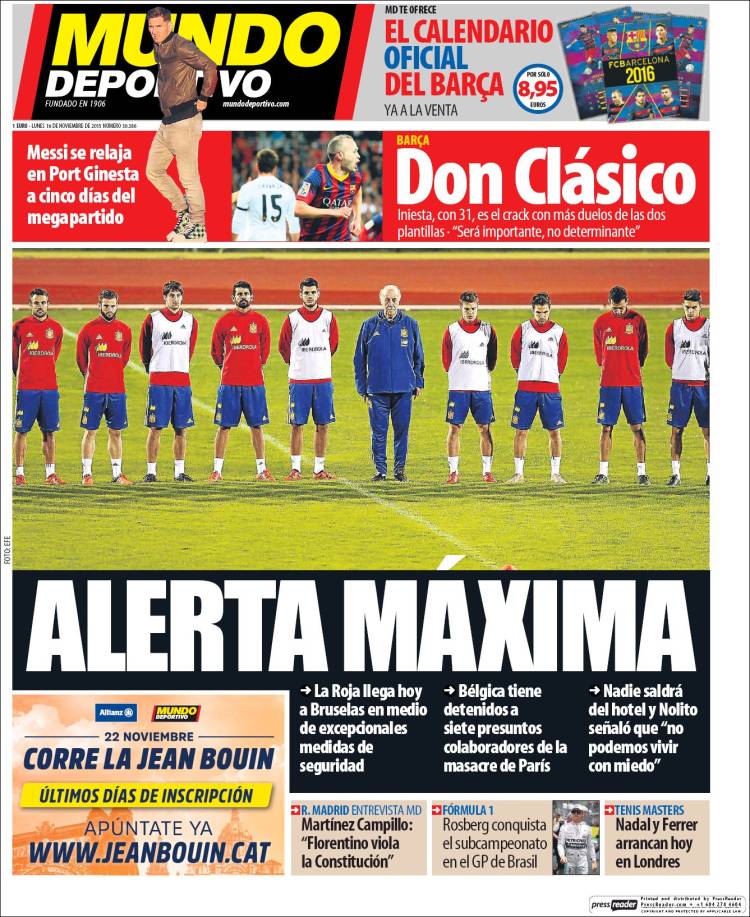 Belgium arrests seven suspected collaborators of the massacre in Paris

Iniesta, 31, is the star with the most Clasicos between the two teams

“It will be important but not decisive”