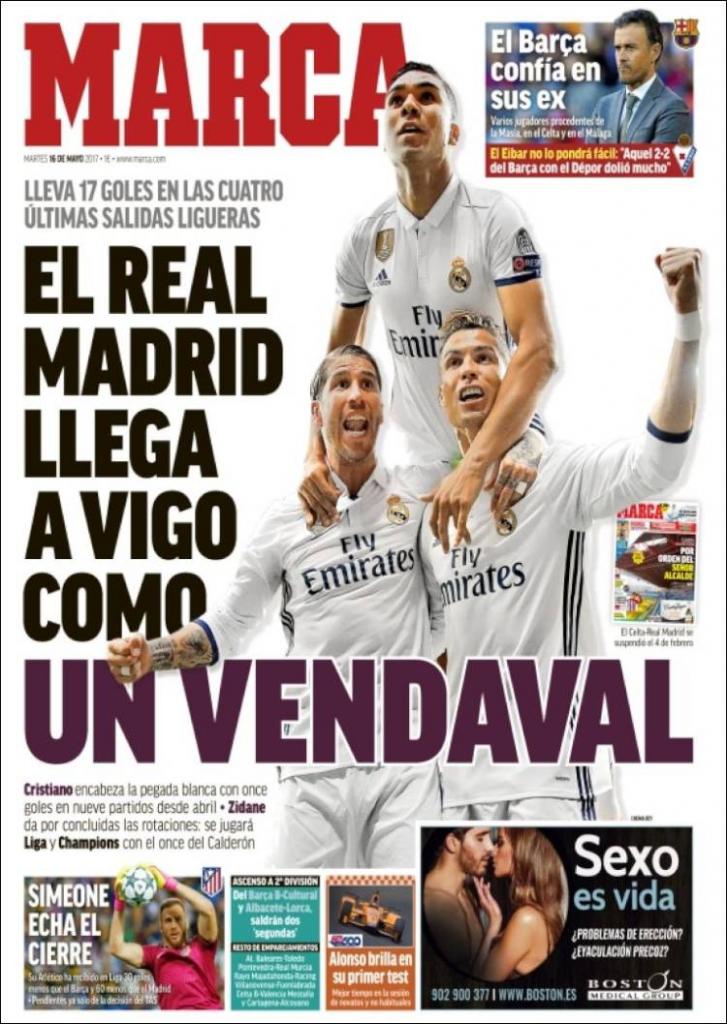 Have scored 17 goals in last 4 La Liga away games

Cristiano has scored 11 goals in 9 appearances from April, Zidane rotations: likely to play XI that started in the Calderon in CL 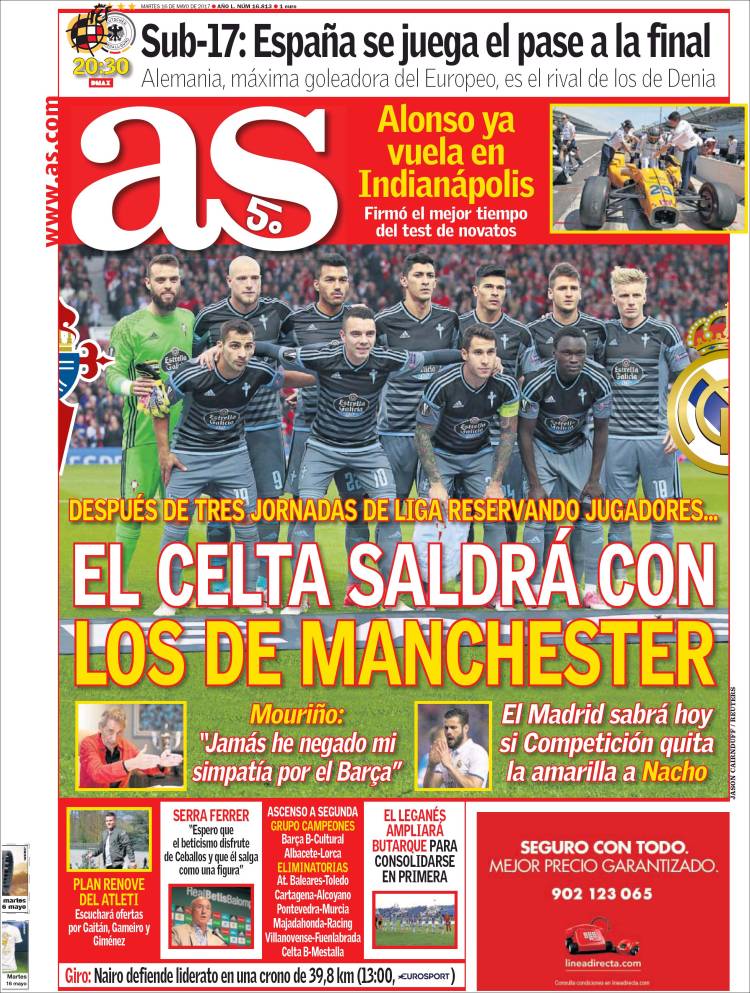 Celta will face Madrid with their MUFC XI

Celta president Mourino: Never have I denied my sympathy for Barcelona

Madrid to appeal over Nacho's yellow

Spain U17 to play last hurdle to the final - Germany, top scorers in Europe

Serra Ferrer: I want Betis to enjoy Ceballos and when he does he leave, he'll be a legend 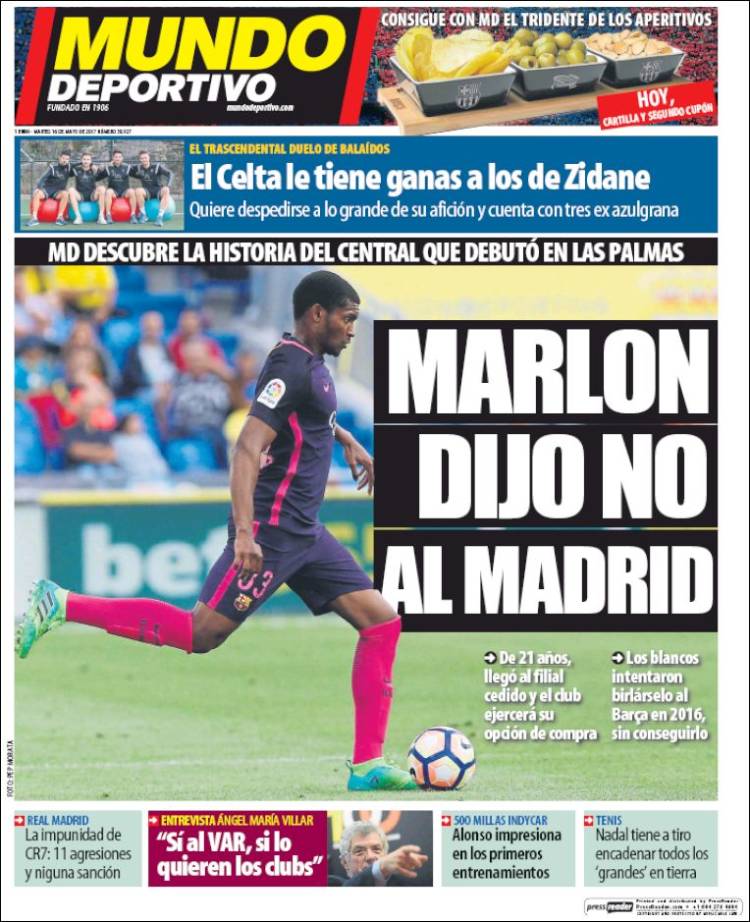 Marlon said no to Madrid

Celta want to win against Zidane - want to give a great game to their home fans, have 3 former Barcelona players

The impunity of Ronaldo: 11 aggresions and never booked

"Yes to VAR, if the clubs want it" - Miguel Angel Villar