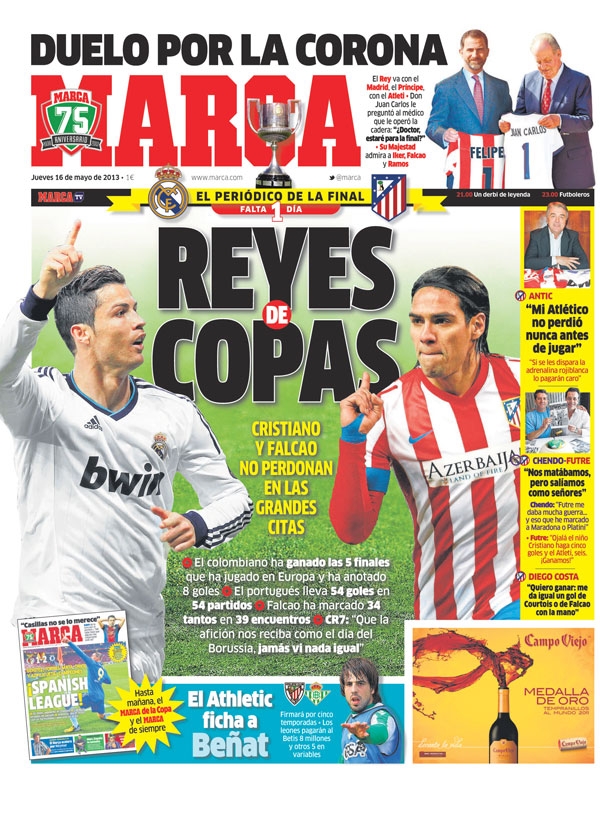 Kings of the Cup

Cristiano and Falcao always ready for the big occasions

The Portuguese has scored 54 goals in 54 games

Falcao has scored 34 in 39 meetings

CR7: "The way the fans were against Borussia I have never seen anything like it before"

Duel for the Cup

The King goes for Madrid, the Prince goes for Atleti

Don Juan Carlos asked the about his hip operation, "Doctor, will I be at the final?"

Chendo: "Futre gave me much trouble....and I scored against Maradona and Platini

Diego Costa: "I want to win; it is all the same if it comes from a goal from Courtois or the hand of Falcao" 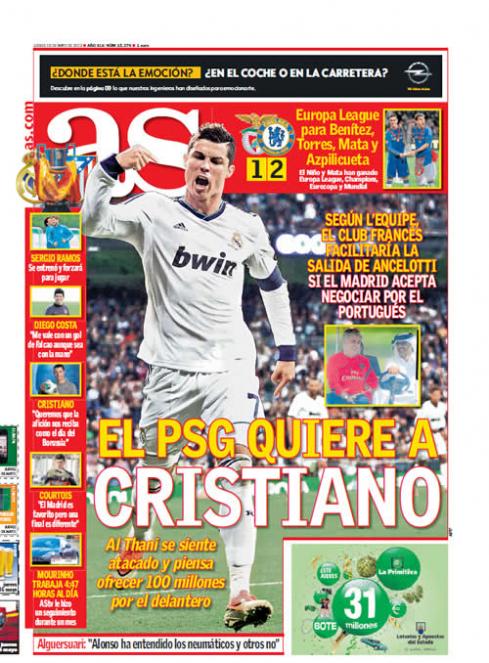 El Nino and Mata have won Europa League, the Champions League, the European Cup and the world cup

Sergio Ramos trains and will be forced to play tomorrow

Diego Costa: "I do not care if Falcao scores with his hand"

Cristiano: "We want the fans to be like they were against Borussia"

AStv follows the coach for a month

Alguersuari: "Alonso has understood the neumatic and others have not 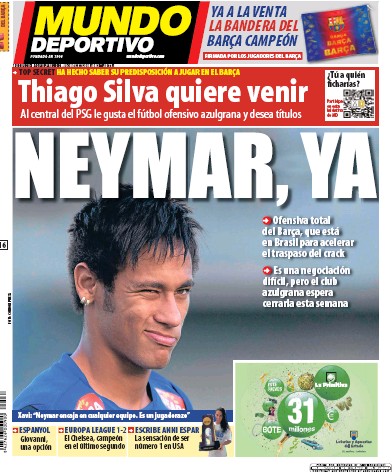 Barca all out for the Brazilian as they accelerate his transfer

Top secret: Thiago Silva has made known his desire to play for Barca

Xavi: "Neymar would fit in any team. He is a great player"

Real Madrid: Crisitano being fought over

The sensation is number one in the USA