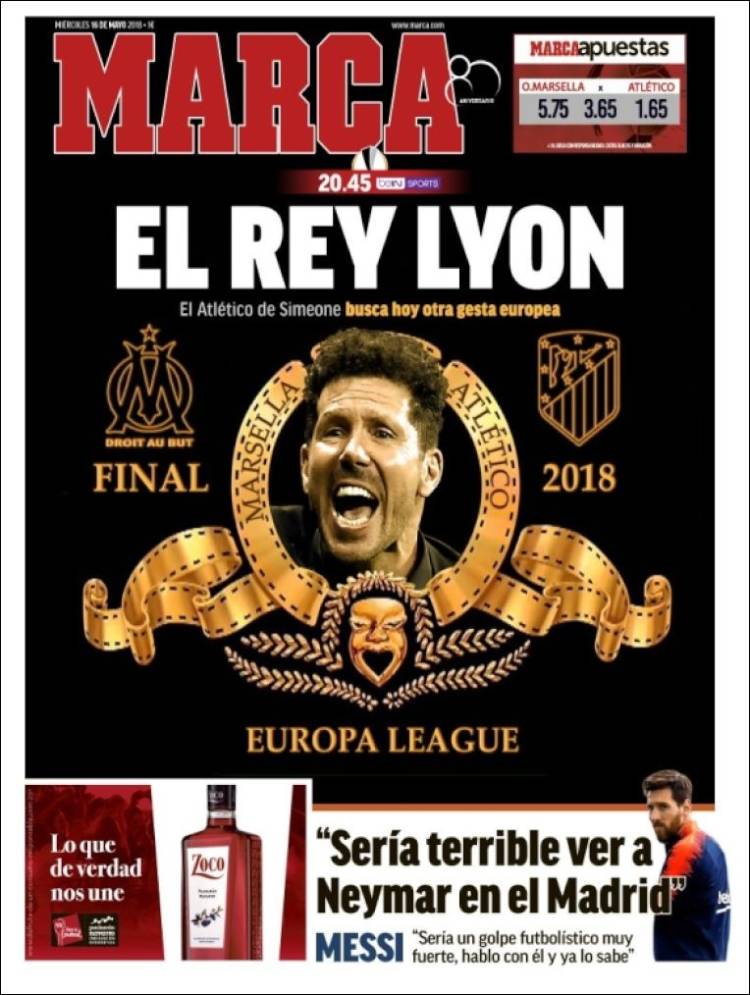 “It would be terrible to see Neymar at Madrid”

Messi: “It would be a very hard blow football-wise, I’ve spoken to him and he knows it” 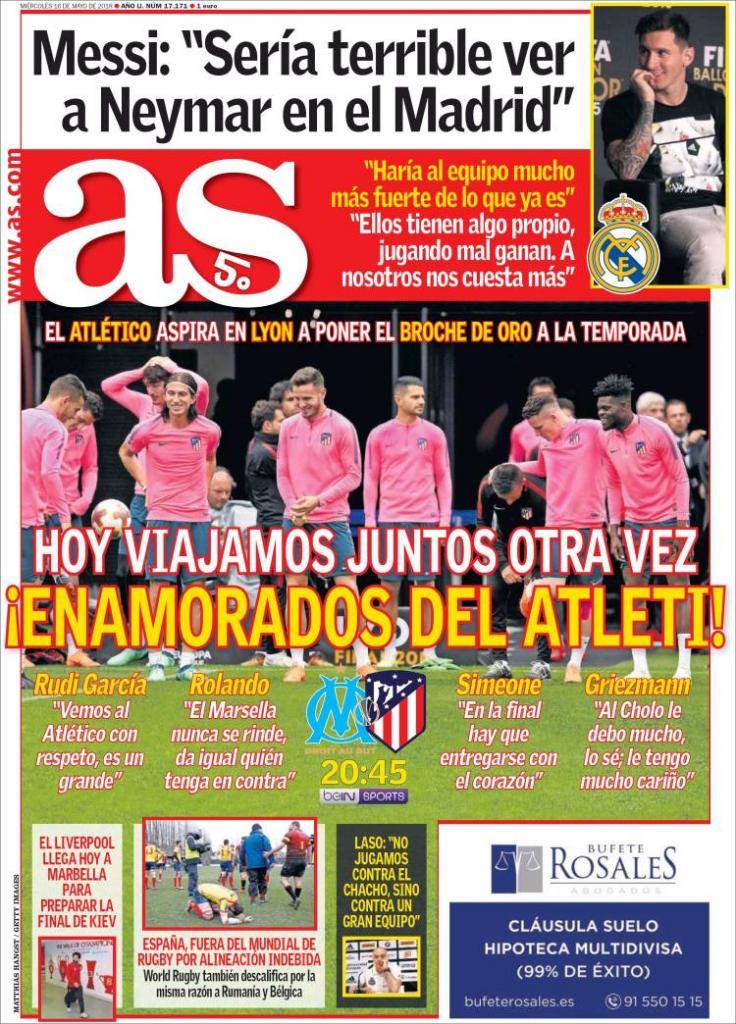 In love with Atleti!

Today we travel together again

Rudi Garcia: “We look at Atleti with respect, they are a great club”

Rolando: “Marseille never give up, it’s the same whoever we play against”

Simeone: “In the final we have to give all our heart”

Griezmann: “I owe Cholo a lot, I know; I am very fond of him”

Messi: “It would be terrible to see Neymar in Madrid”

“It would make the team much stronger than they already are”

“They have something of their own, playing badly they win. It costs us more” 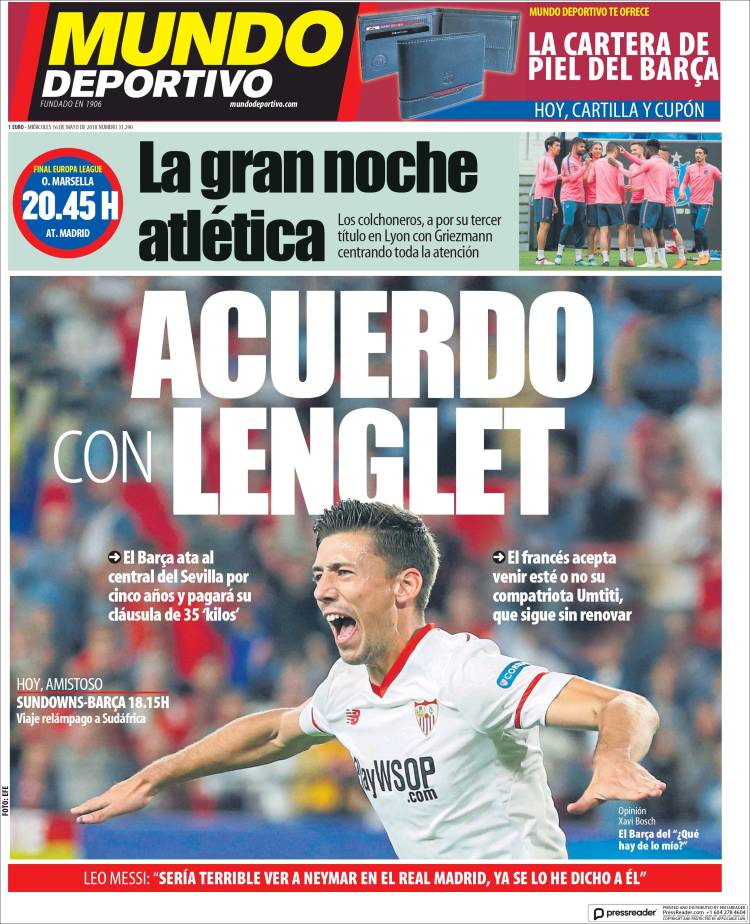 The Frenchman agrees to come whether his compatriot Umtiti, who wants to sign a new contract, is there or not

Los Colchoneros, going for their third title in Lyon with Griezmann the centre of all the attention

Leo Messi: “It would be terrible to see Neymar in Madrid, I’ve already told him”