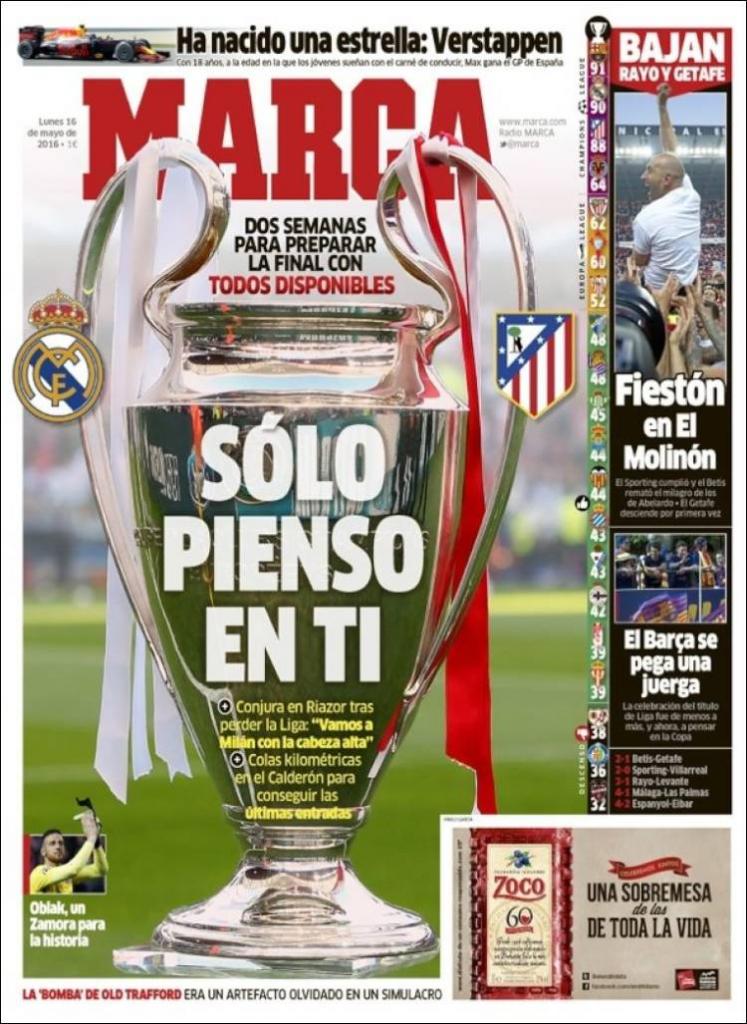 I only think of you

Two weeks to prepare for the final, with everyone available

Plot at Riazor after losing La Liga: “We’ll go to Milan with our heads held high”

Mile-long queues at the Calderon to get final tickets

Rayo and Getafe down

Barca hold back in their spree

Their celebration of the League title was less than more, and now they are thinking about the Copa final 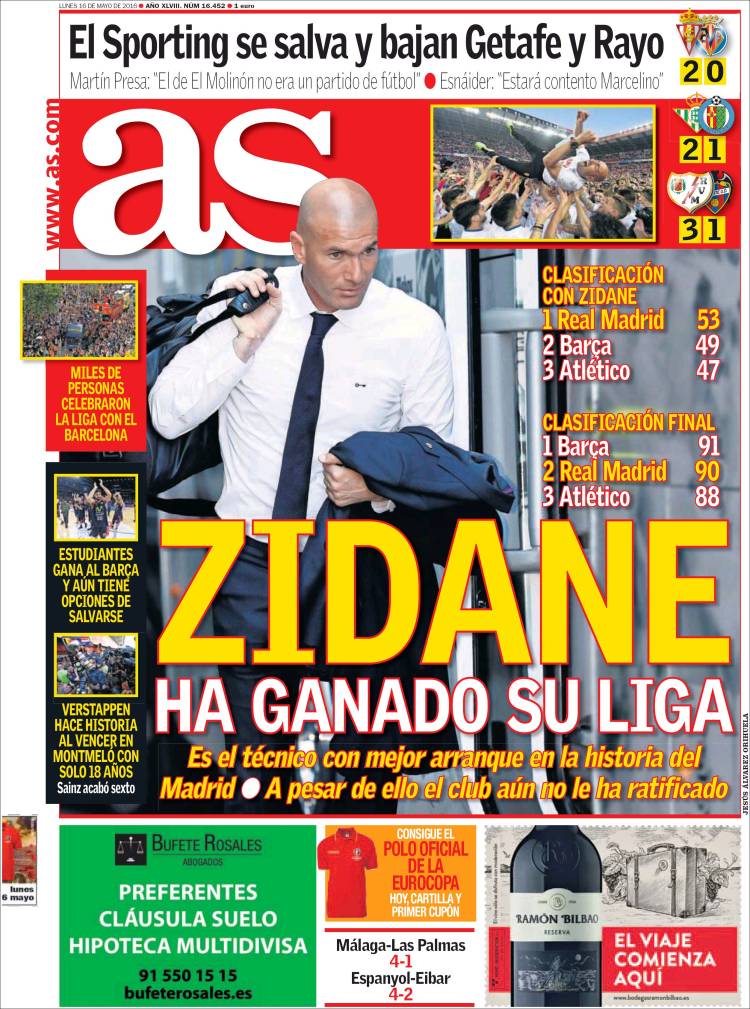 Despite this, the club have not yet confirmed him

Sporting are saved and Getafe and Rayo are down

Esnaider: “Marcelino will be happy” 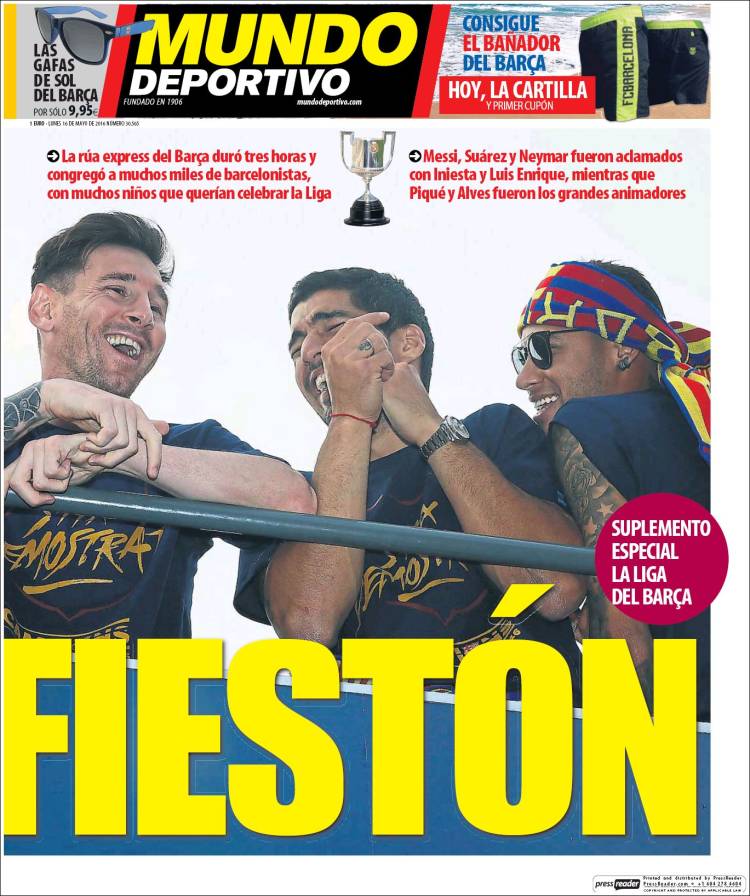 Barca’s parade lasted three hours and attracted many thousands of fans, with many children who wanted to celebrate La Liga

Messi, Suarez and Neymar were acclaimed, along with Iniesta and Luis Enrique, while Pique and Alves were the great entertainers