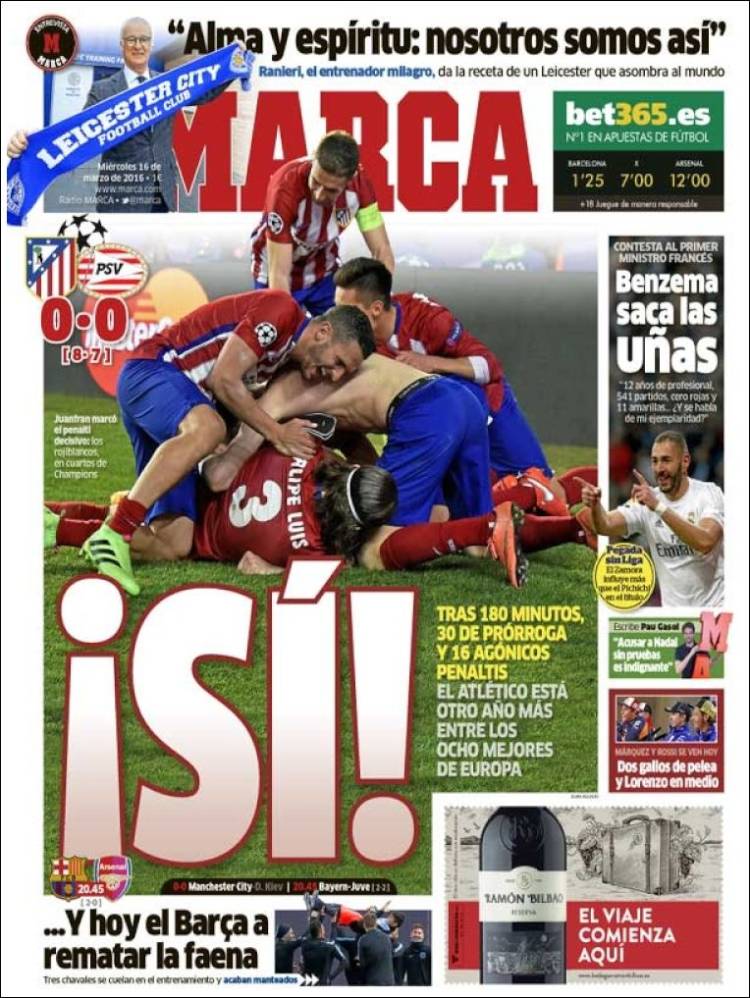 Ranieri, the miracle Coach, gives us the recipe of a Leicester that amazes the world

Atletico is another year among the best eight in Europe

And today Barca finish the task

Benzema gets the claws out 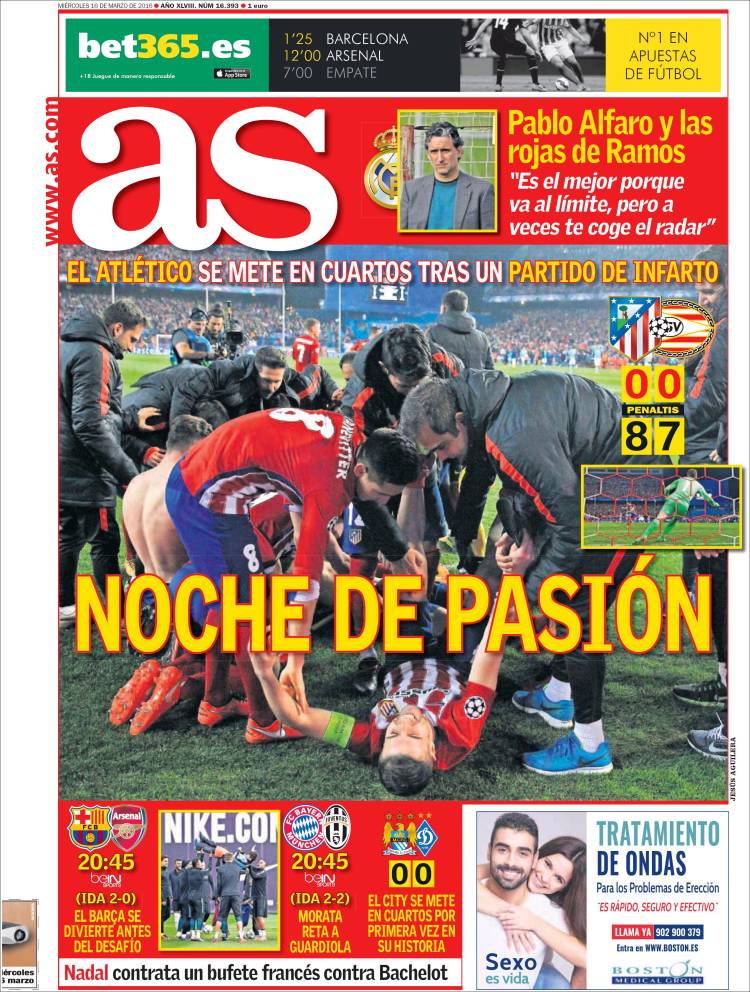 “He’s the best because he goes to the limit, but sometimes you’re caught on the radar”

Atletico into the quarter-finals after a heart attack game

Barcelona 2-0 Arsenal [from the first leg]

Barca have fun before the challenge

Bayern 2-2 Juventus [from the first leg]

City in the quarter-final for the first time in history 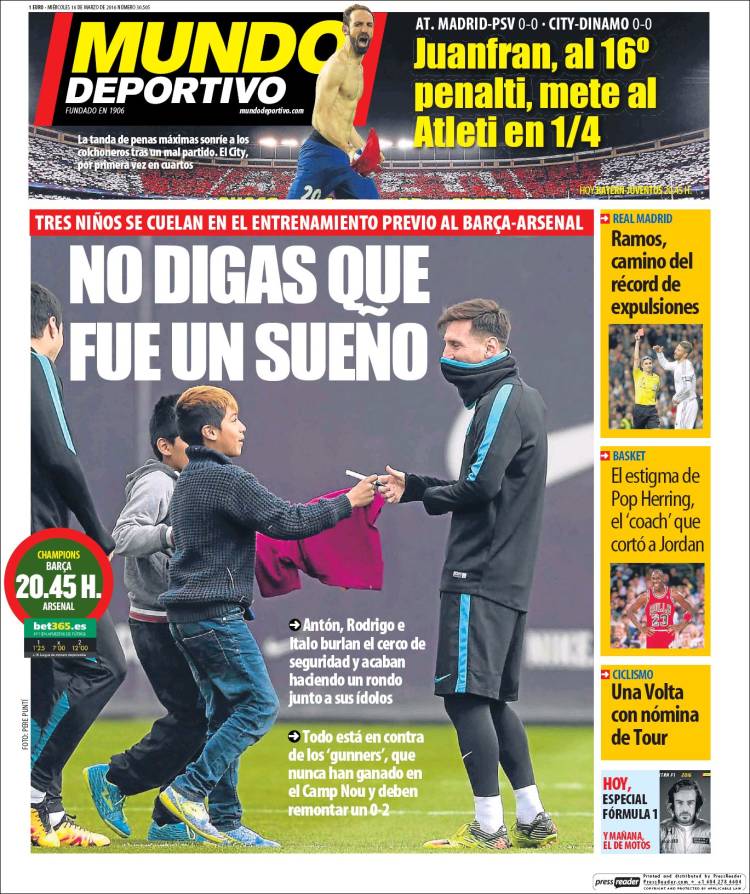 Juanfran, the 16th penalty, puts Atleti in the quarters

Don’t say it was a dream

Anton, Rodrigo and Italo avoid the security fence and end up doing a rondo alongside their idols

Everything is against the Gunners, who have never won at Camp Nou and must recover from 0-2

Ramos, road to the sending-off record