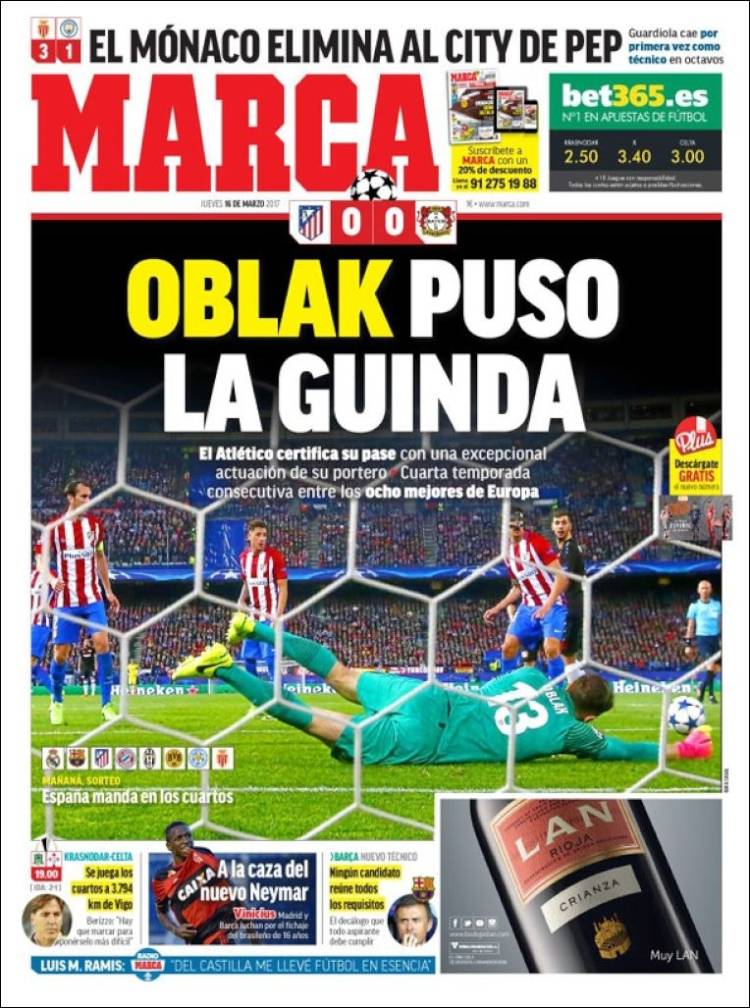 Oblak put the icing on the cake

Tomorrow, the draw for the quarter finals

Monaco eliminate Pep's City - for the first time, Guardiola fails to reach the quarter finals or beyond

Hunting the new Neymar - Vinicius, the 16-year-old wanted by Barcelona and Real Madrid

No Barca managerial candidate has all the unique qualities 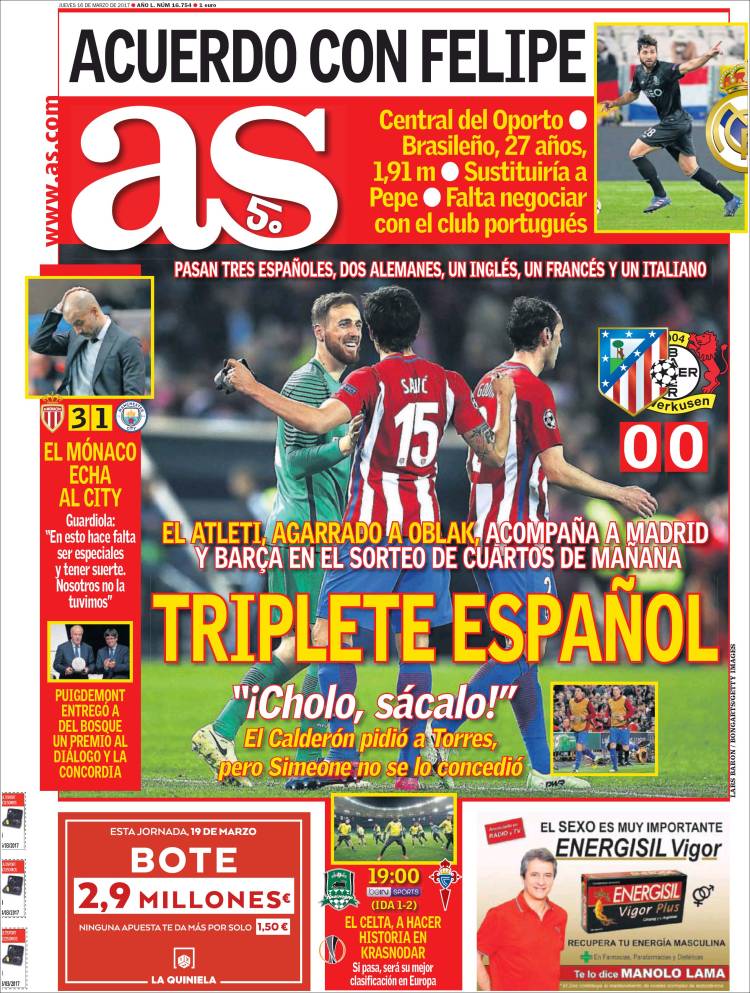 "Cholo, bring him on!" - crowd chant for Fernando Torres to come on

Agreement with Felipe - no need to negotiate with Porto for the central defender, to replace Pepe in squad, Zidane has given his approval

Monaco throw out City - Guardiola: It is necessary to be special and to have luck at this stage, we had neither.

Celta aim to make history in Krasnodar - if they qualify, will be their best ever European run 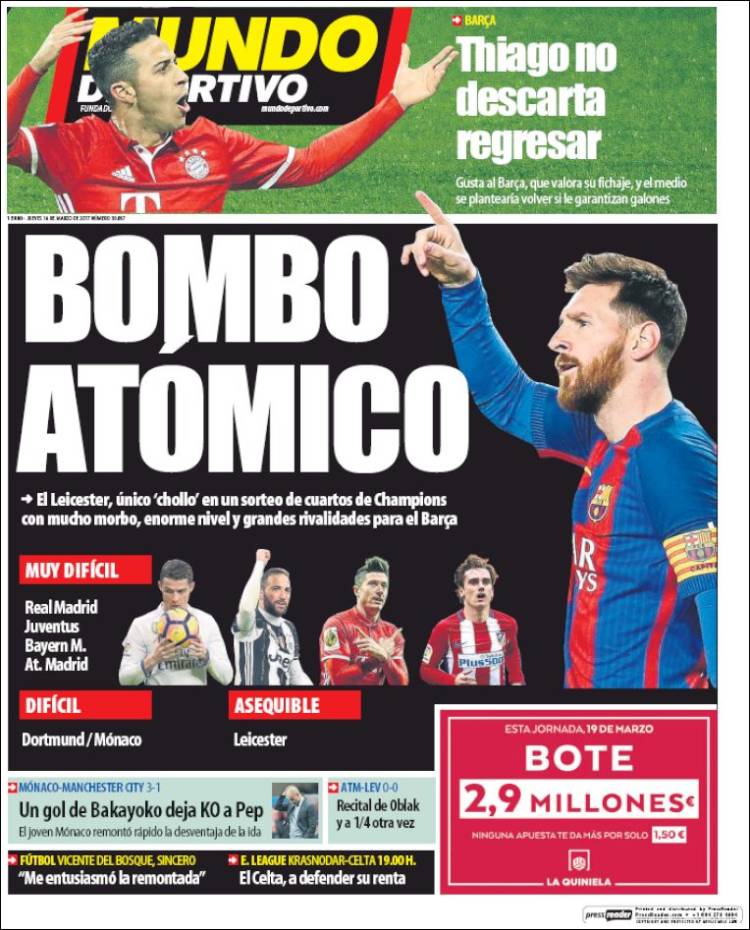