Today's front-pages from Marca, AS and Mundo Deportivo… 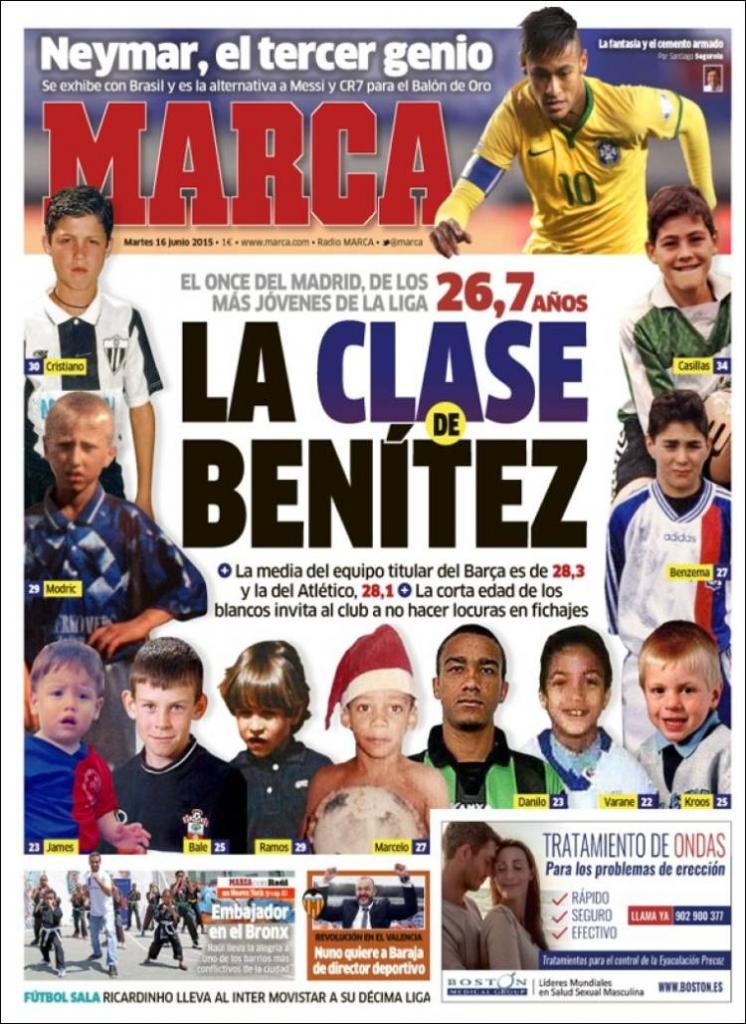 The class of Benitez

The average age of the Barcelona starters was 28.3 and Atletico, 28.1 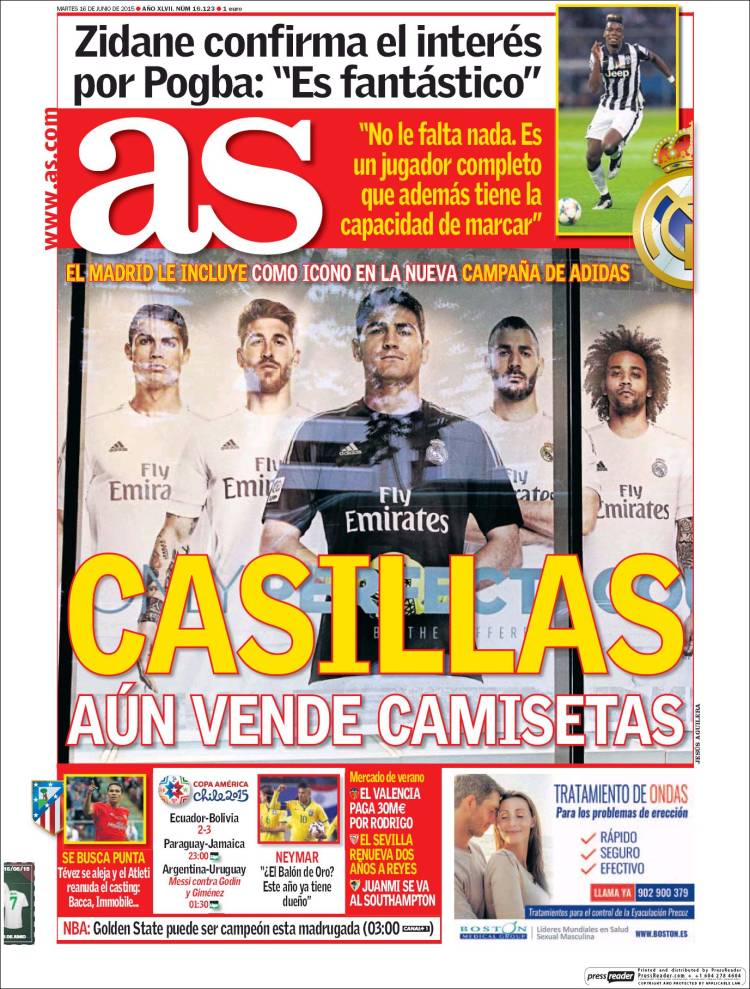 Madrid includes him as an icon in the new Adidas campaign

Zidane confirms interest in Pogba: “He is fantastic”

“Nothing is missing. He is a complete player who also has the ability to score.”

Looking for a forward

Tevez moves away and Atleti restart the search: Bacca, Immobile…

“The Ballon d’Or? This year already has a winner”

Juanmi is going to Southampton 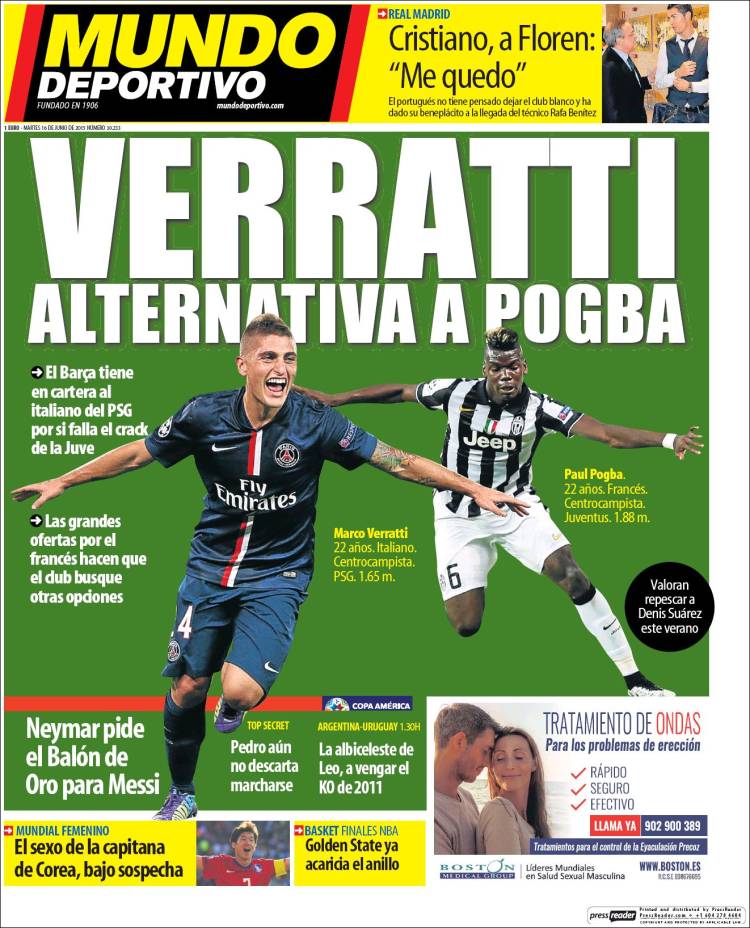 Neymar asks for the Ballon d’Or for Messi

The Albiceleste of Leo, to avenge the KO of 2011

The sex of the captain of Korea, under suspicion