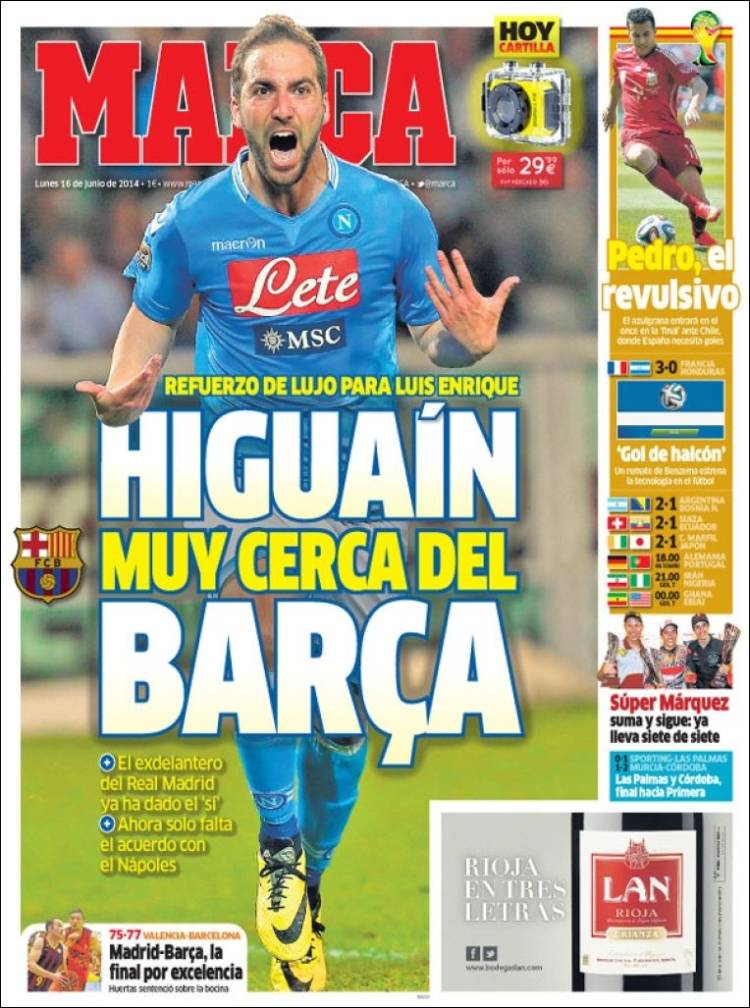 The only thing missing is the agreement with Napoli

The Azulgrana will go into the starting XI for the 'final' against Chile, where Spain need goals 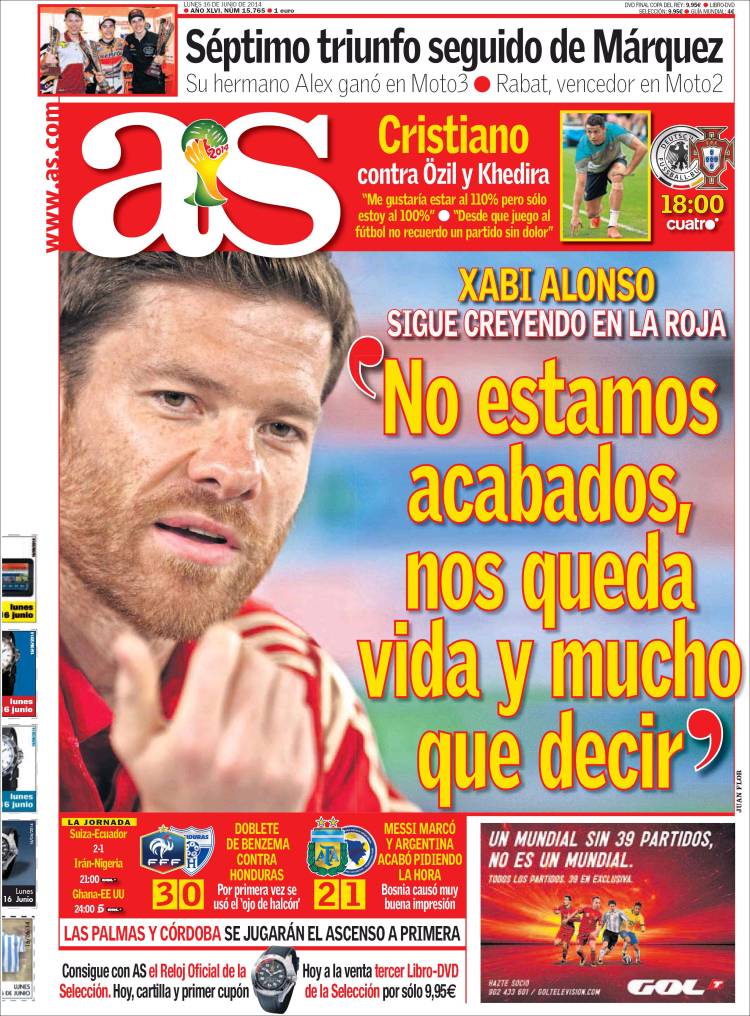 We are not finished, there is still life remaining and much to say, Xabi Alonso still believes in La Roja

Benzema double against Honduras. Hawkeye used for the first time

Messi scores and Argentina finish the game calling for the whistle

Las Palmas and Cordoba will play for promotion to La Liga 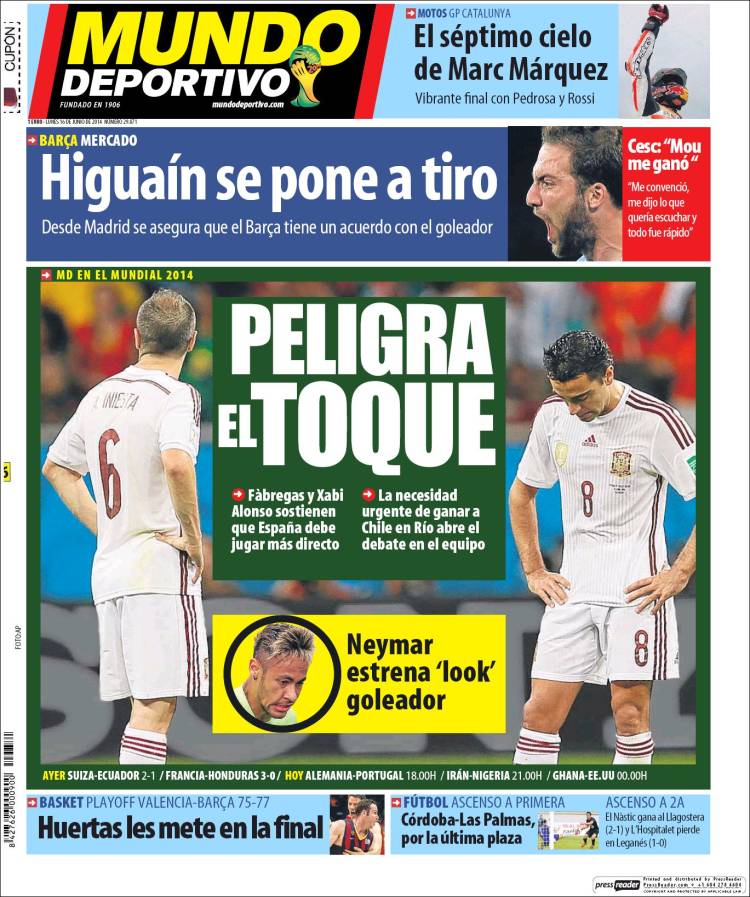 Neymar shows off the 'Goalscorer look'

In Madrid they say that Barca have an agreement with the goalscorer.

Cesc: Mou won me over. He convinced me. He told me what I wanted to hear and it was all very quick

Cordoba and Las Palmas go for the last place