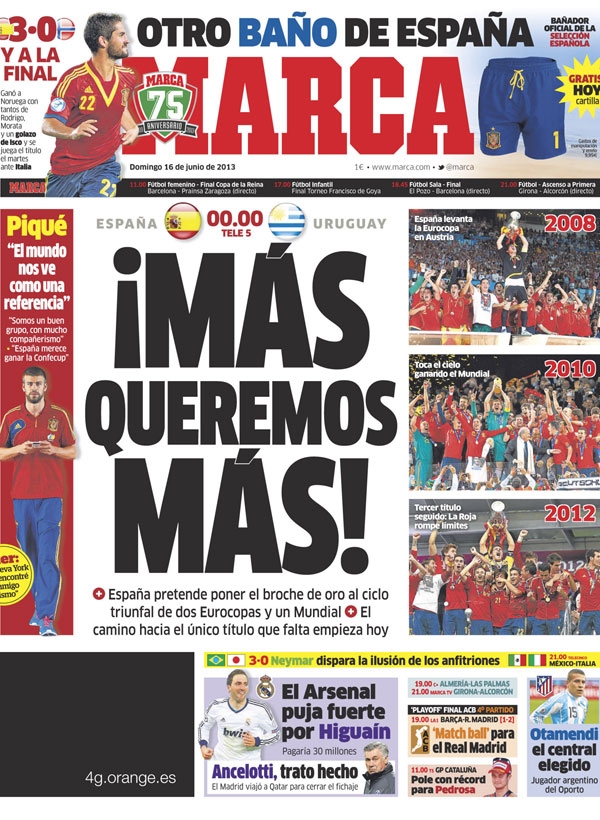 The path towards the title that has eluded them starts today

2009, they touch the sky with victory in the world cup

Pique: "The world sees as a reference"

"We are a great group with much camaraderie"

"Spain can win the Confed Cup"

Spain 3-0 Netherlands: Another thrashing from Spain

They beat Norway with goals from Rodrigo, Morata and a wondergoal from Isco and will play the final against Italy on Tuesday

They would pay 30€ million

Madrid travel to Qatar to close out his signing

Argentine who plays for Porto 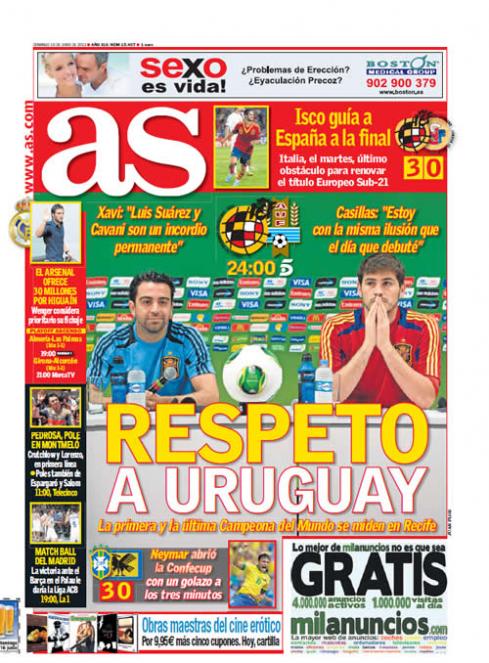 The first and last world cup winners measure up in Recife

Xavi: "Luis Suarez and Cavani are both big threats"

Casillas: "I still have the same ambition as the first day I played'

Isco guides Spain to the final

Italy, on Tuesday, the last obstacle in the path to the Europe 21 title

Wenger considers his signing a priority

Pedrosa, in pole in Montmelo

Crutchblow and Lorenzo in the first line

Poles also to Espargaro and Salom

Victory against Barcelona in Palau would give them the ACB title 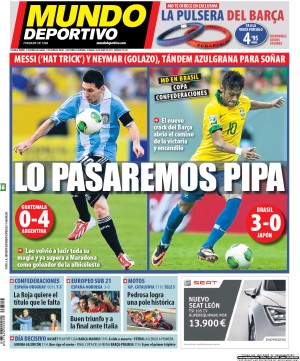 We will have a great time

Guatemala 0-4 Argentina, Leo returns to his magical best and supersedes Maradona as the highest goalscorer for the Albiceleste

Brazil 3-0 Japan, Neymar opens his Confed Cup with a victory and dazzling display

Messi 'hat-trick' and Neymar with a wonder goal, the Azulgrana pair shine

Confederations Cup, La Roja want the one title they do not have

A great triumph and Italy now awaits in the final