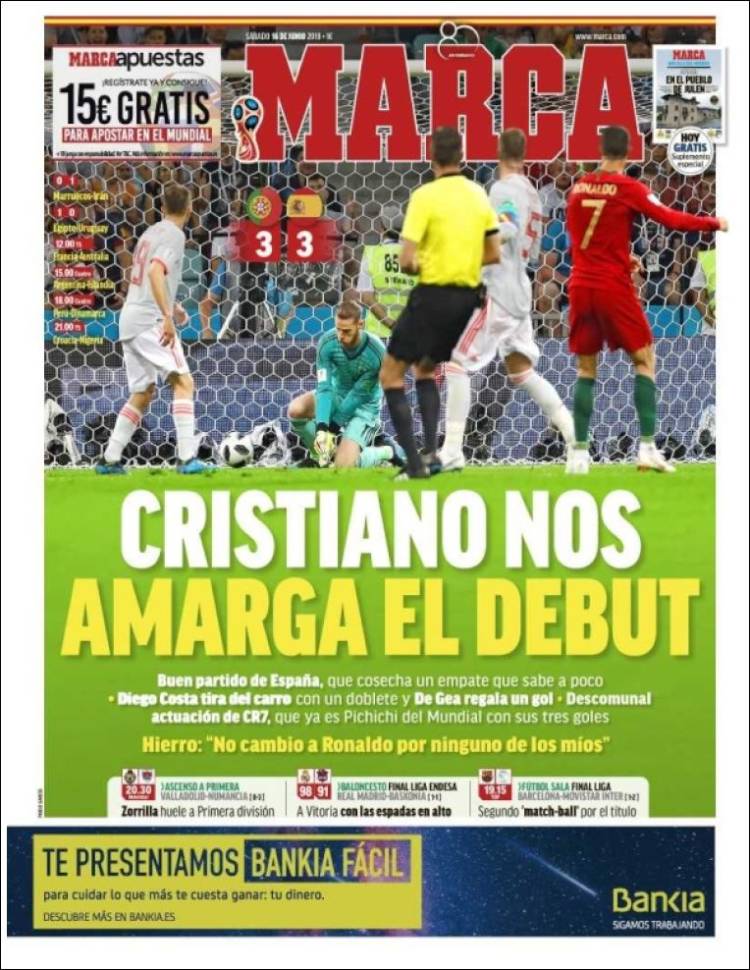 Good game from Spain, who yield a draw, although it is not enough

Huge performance from CR7, who is the World Cup's top scorer with three goals

"Hierro: "I wouldn't change Ronaldo for any of mine"

Zorrilla can smell the Primera 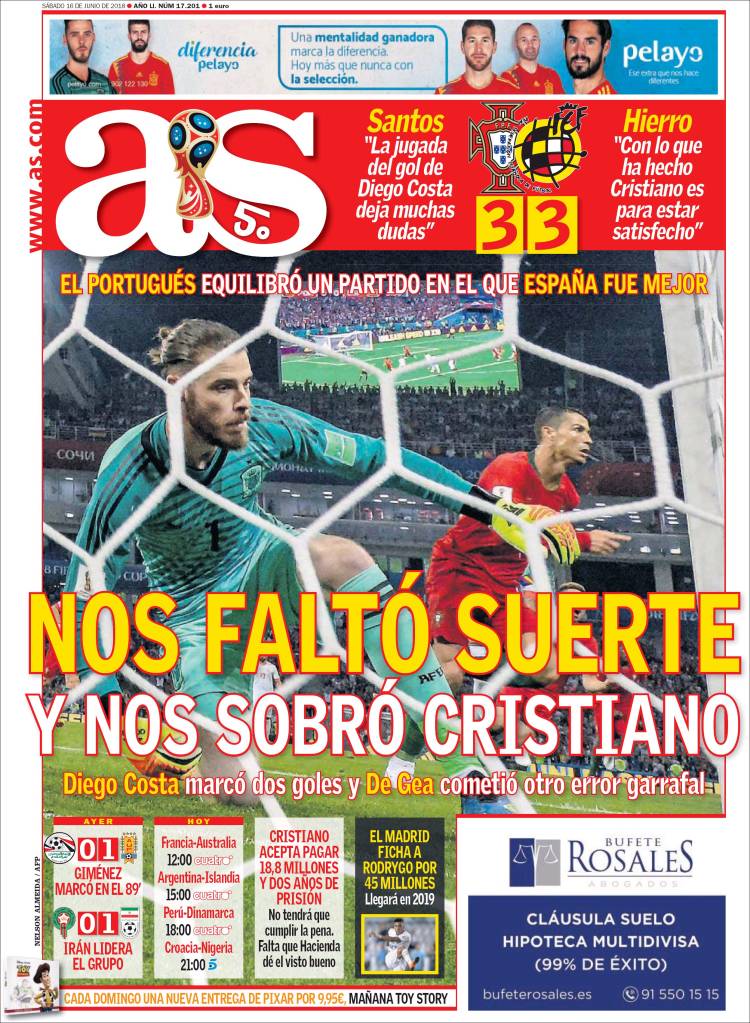 "With what Ronaldo did, we should be satisfied"

The Portuguese equalises a match in which Spain were better

And gave Ronaldo too much

Gimenez scores in the 89th

Ronaldo agrees to pay €18.8m and two years in prison 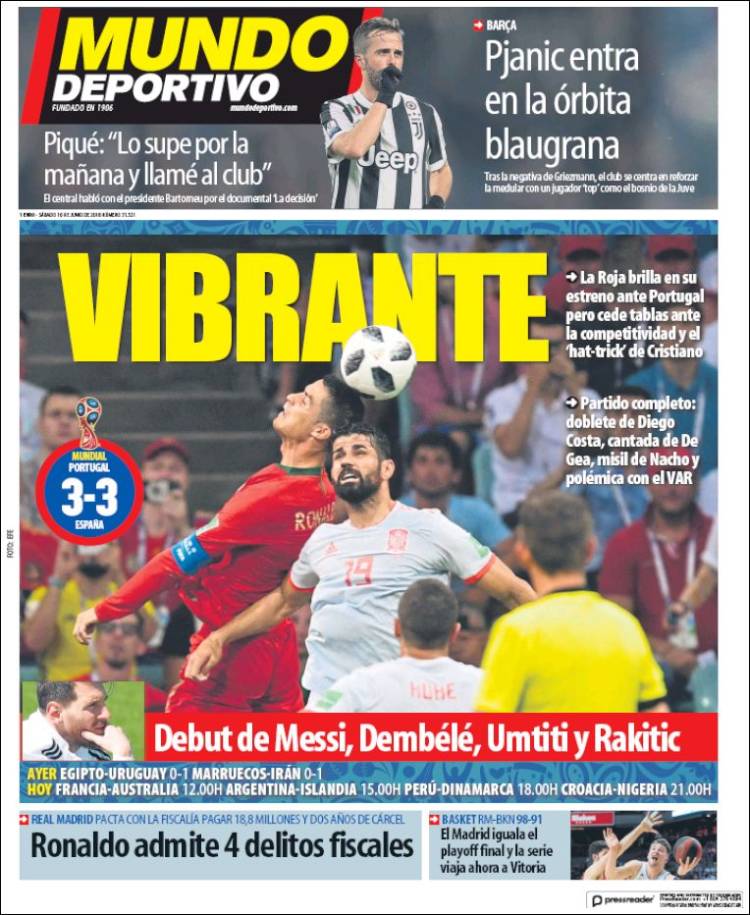 Pique: "I knew Griezmann's decision in the morning and called the club"

Messi, Dembele, Umtiti and Rakitic to make their debuts