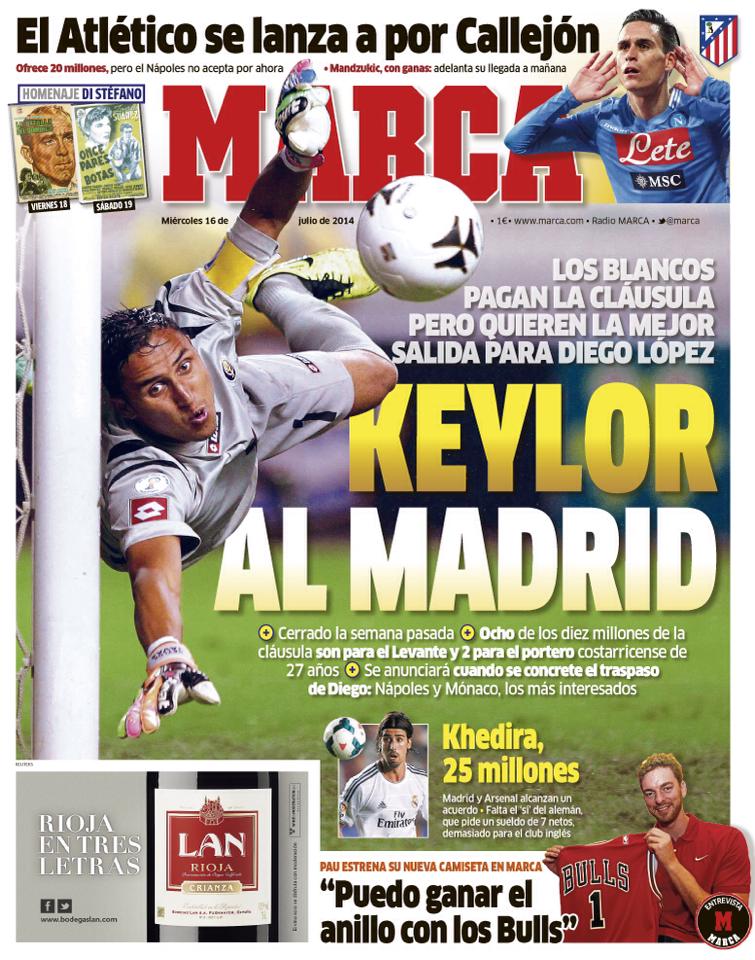 The deal was sealed last week

It will be announced when the deal for Diego Lopez is concrete: Napoli and Monaco are most interested

They offer €20m but Napoli won't accept at the moment

He brings forward his arrival to tomorrow.

Madrid and Arsenal reach an agreement

All that's missing is the 'yes' from the German

Wants a salary of €7m a year, too much for the English club 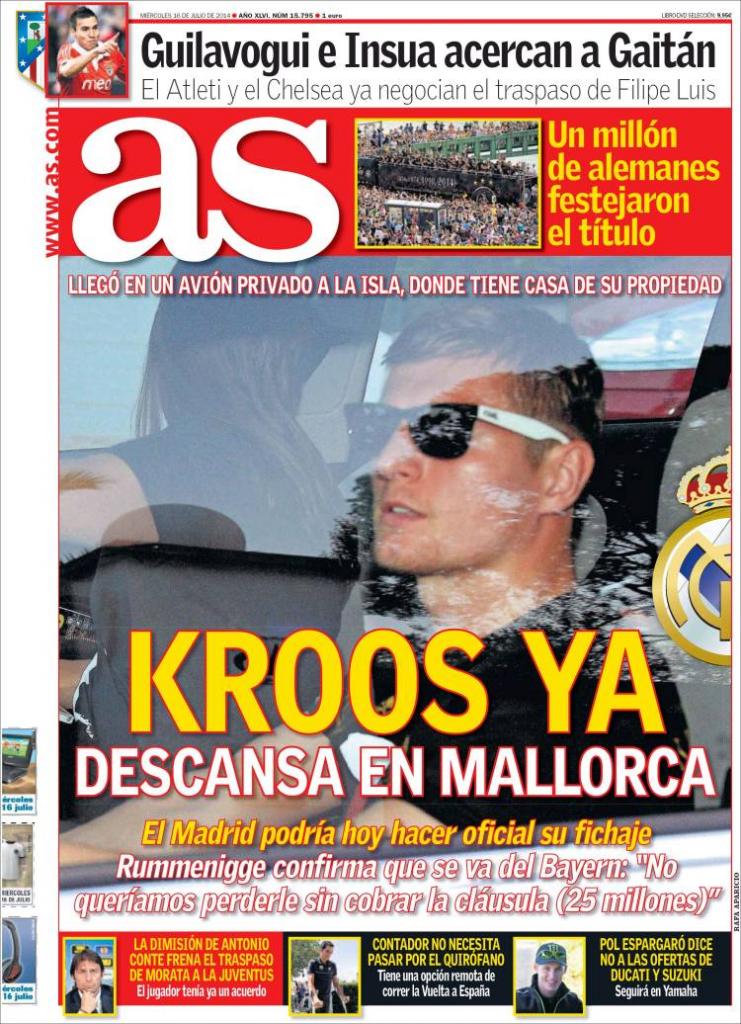 Rummenigge confirms that he is leaving Bayern: 'We didn't want to lose him without receiving the clause (€25m)'

Atleti and Chelsea already negotiating the transfer of Filipe Luis

A million Germans celebrate the title

The player already had an agreement 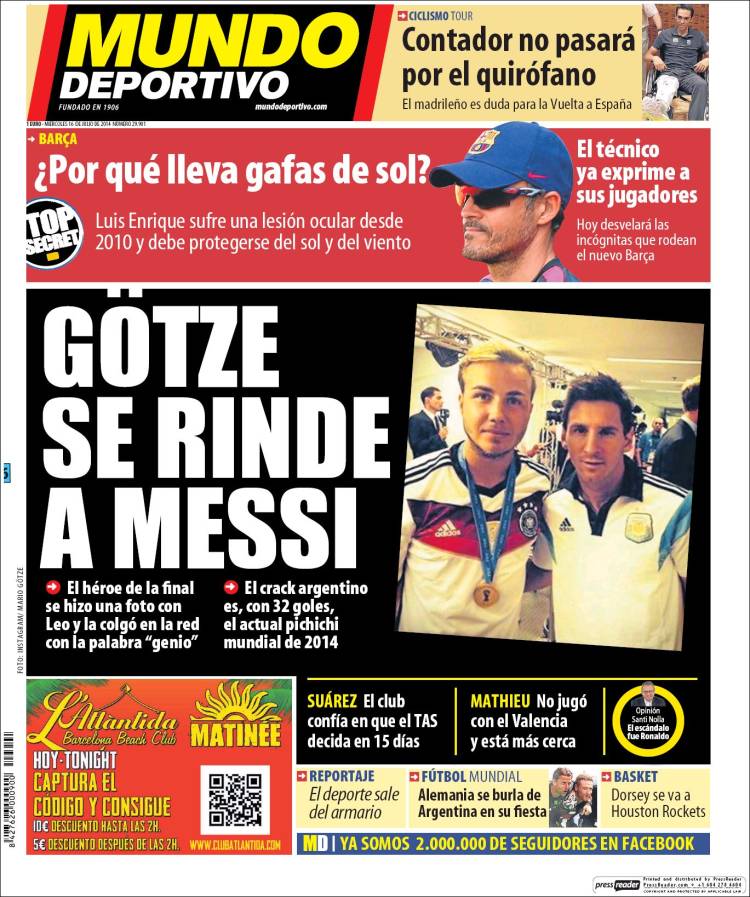 The Argentinean star, with 32 goals, is the current world top scorer of 2014

Why does he wear sunglasses? Luis Enrique suffered an eye injury in 2010 and he must protect himself from the sun and wind

The Coach already working his players

Suarez: The club trust that TAS will decide in 15 days

Mathieu didn't play for Valencia and moves closer to Barca

Germany tease Argentina at their party