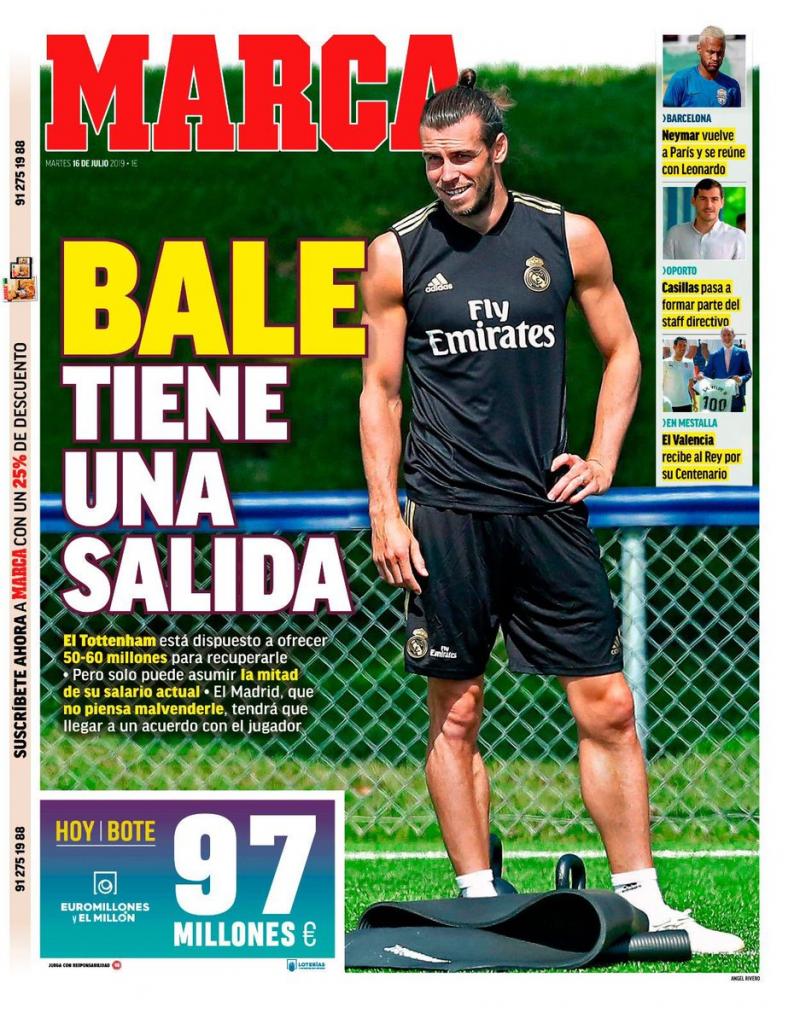 Bale has an exit

Spurs could sign him for 50-60m, but could only take on half his salary, Madrid must speak to the player

Neymar returns to Paris and meets with Leonardo 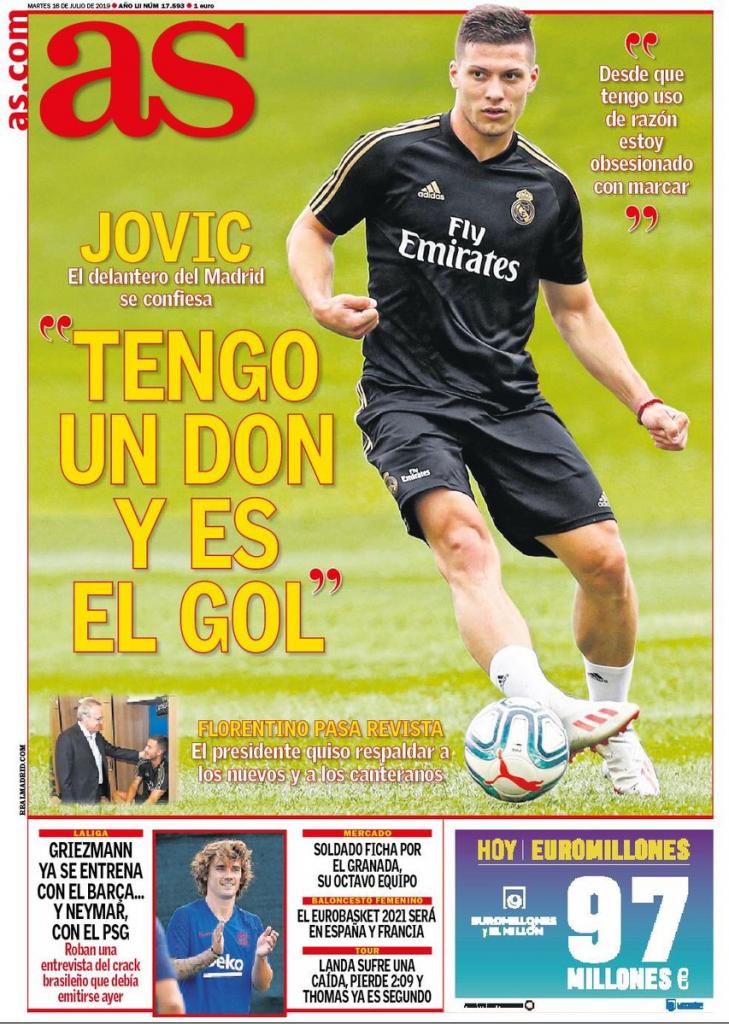 Speaks of his obsession with scoring 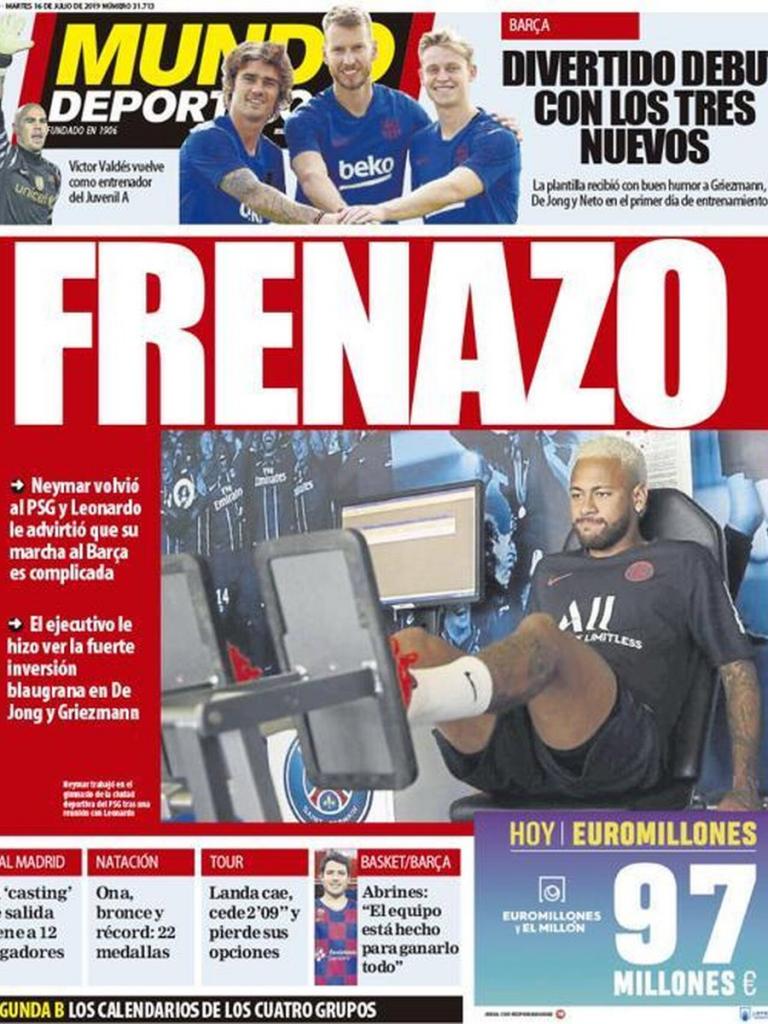