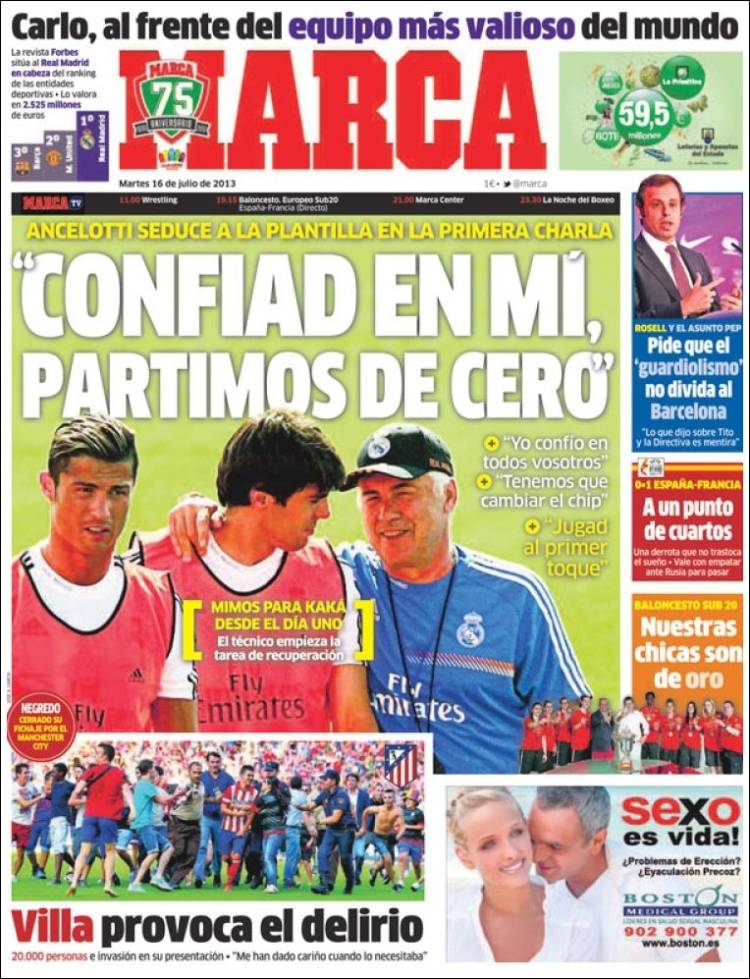 "Believe in me, we start from zero," Ancelotti

Ancelotti seduces his team with his first chat

"I believe in every one of us"

"We have to change our 'chip'"

Close to Kaka from the first day

The coach starts his work recovering the Brazilian

Carlo, head of the most valuable team in the world

20000 fans at his presentation and some invade the pitch

"They have given me the affection I needed," Villa

Rosell and the Pep affair

He asks that Guardiolismo does not divide the club

"What he said about Tito and the Director is a lie," Rosell

Spain 0-1 France: A point in the quarters

A loss does not destroy the dream

Better to draw against Russia to progress

Our girls are gold 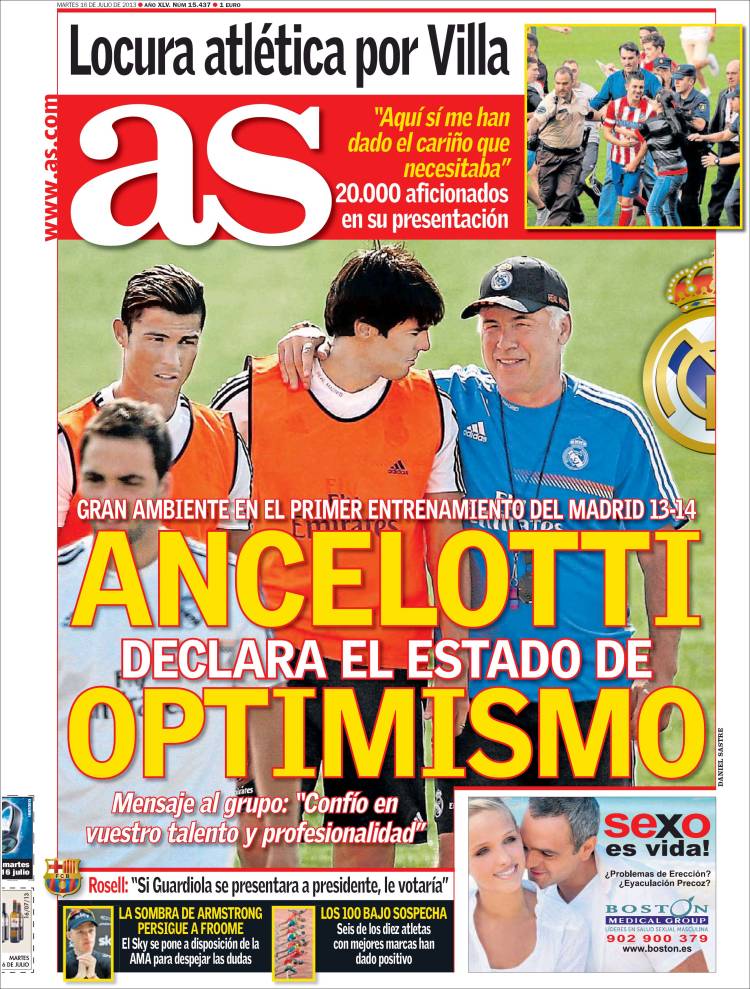 Ancelotti brings in a feeling of optimism

His message to the group: "I am confident in our talent and professionalism"

"Here they have given me the affection I have needed," Villa

20000 fans present for his presentation

Rosell: "If Guardiola wanted to be president, I would vote for him"

The shadow of Armstrong hovers over Froome

AMA try and clear the doubts 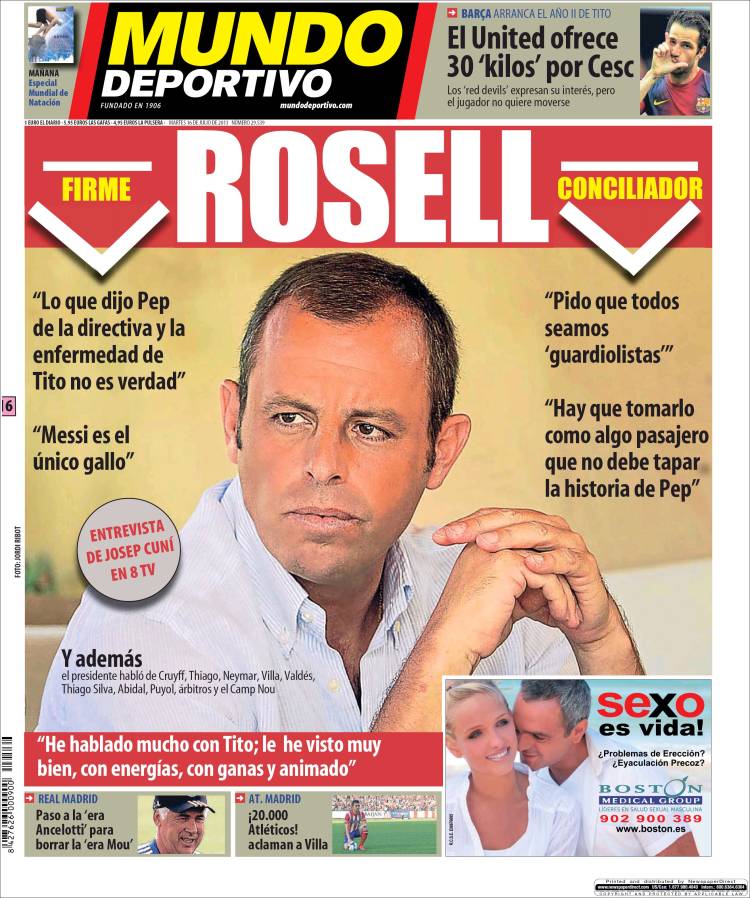 Rosell, strong on these points:

Rosell, diplomatic on these points

"I ask that everyone be 'guardiolistas'"

"I have spoken much with Tito; he looks good, energetic, excited and itching to go"

The Red Devils express their interest, but, the player does not want to move