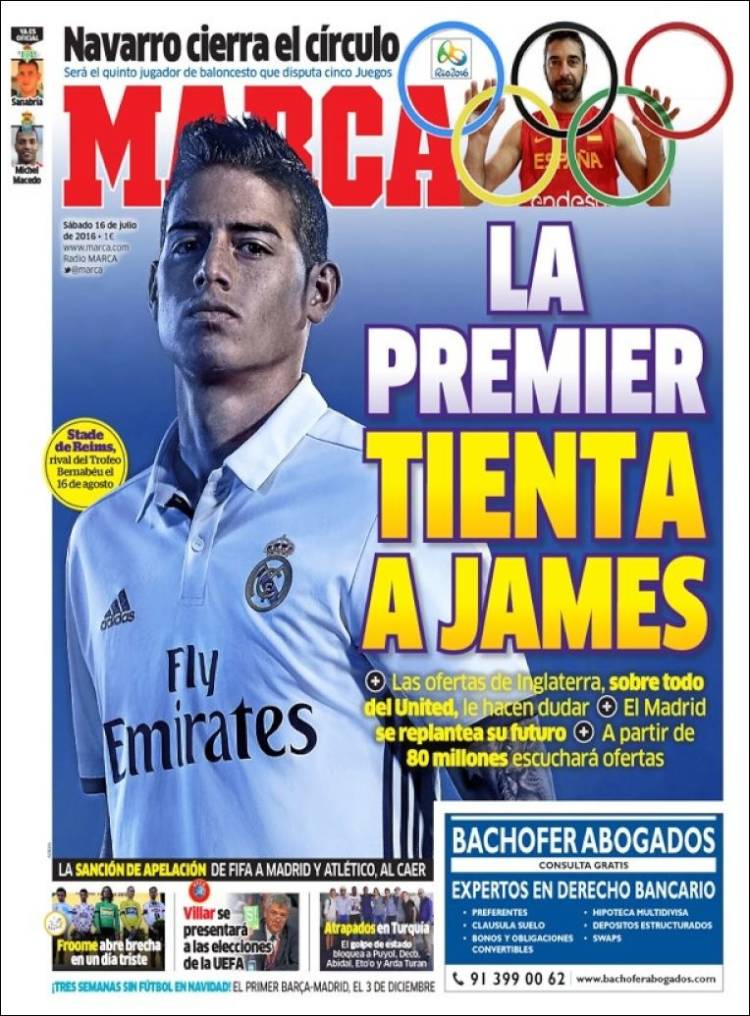 English offers, especially from United, causes him to have doubts

They will listen to offers from €80m

FIFA sanctions for Madrid and Atletico, around the corner

Villar will stand in the UEFA elections

Three weeks without football over Christmas!

The first Barca-Madrid on December 3 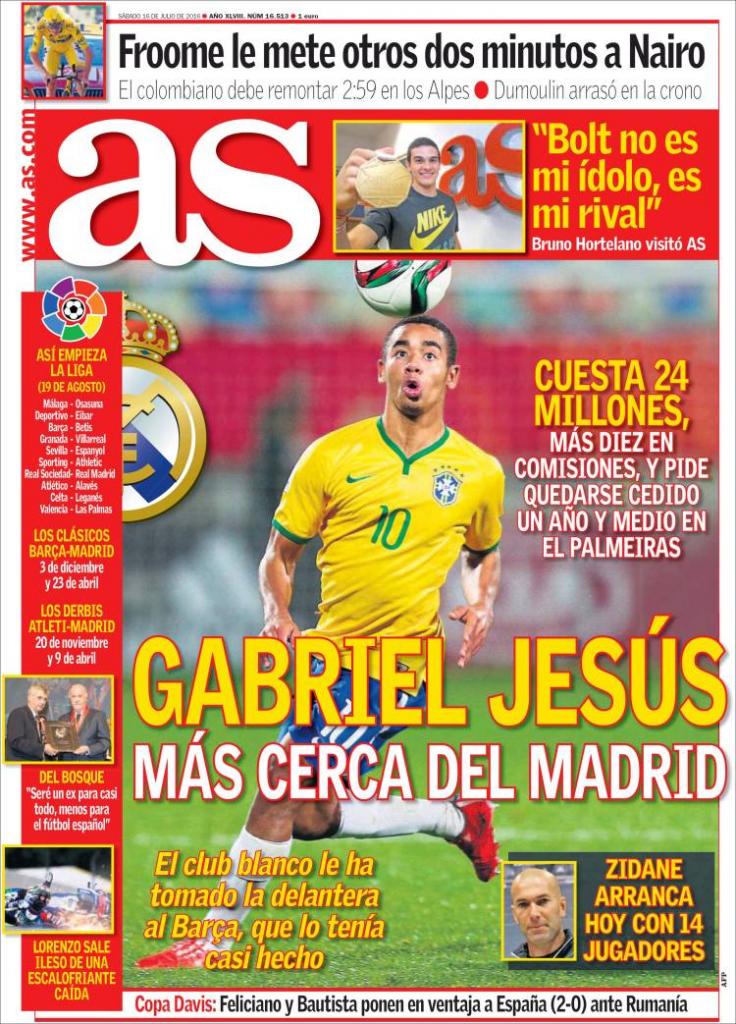 He will cost €24m, plus €10m in commissions, and has asked to stay on loan for a year and a half at Palmeiras

Los Blancos have taken the lead over Barca, who had almost struck a deal

“I’ll be an ex for almost everything except Spanish football” 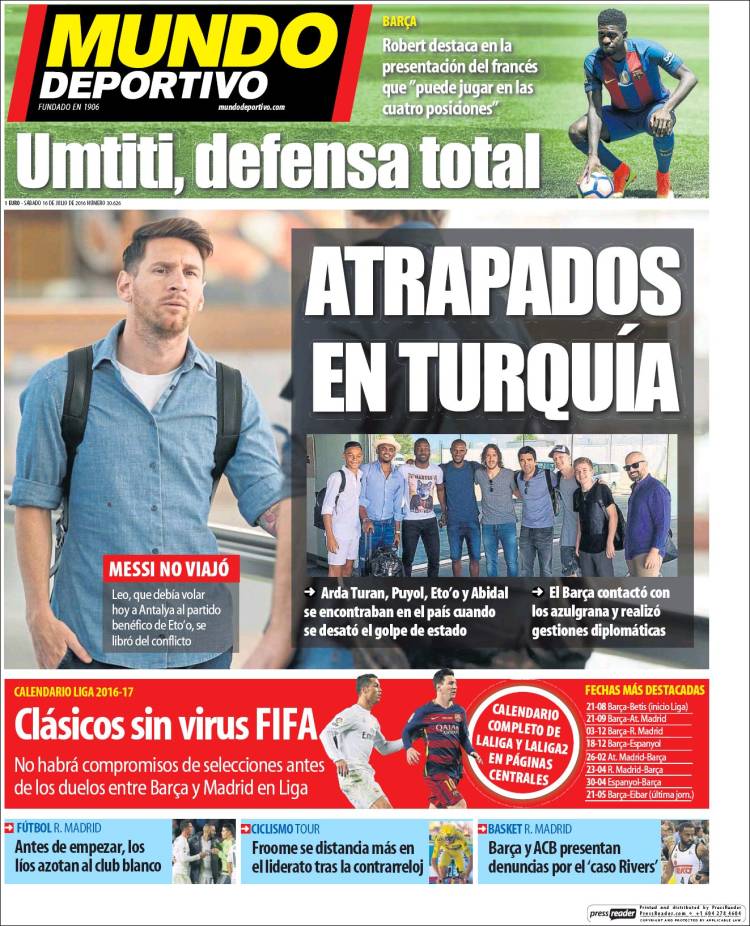 Arda Turan, Puyol, Abidal and Eto’o were in the country when the coup broke

Barca contacted them and made diplomatic efforts

Messi did not travel

Leo, who was to fly today to Antalya for a charity match with Eto’o, escaped the conflict