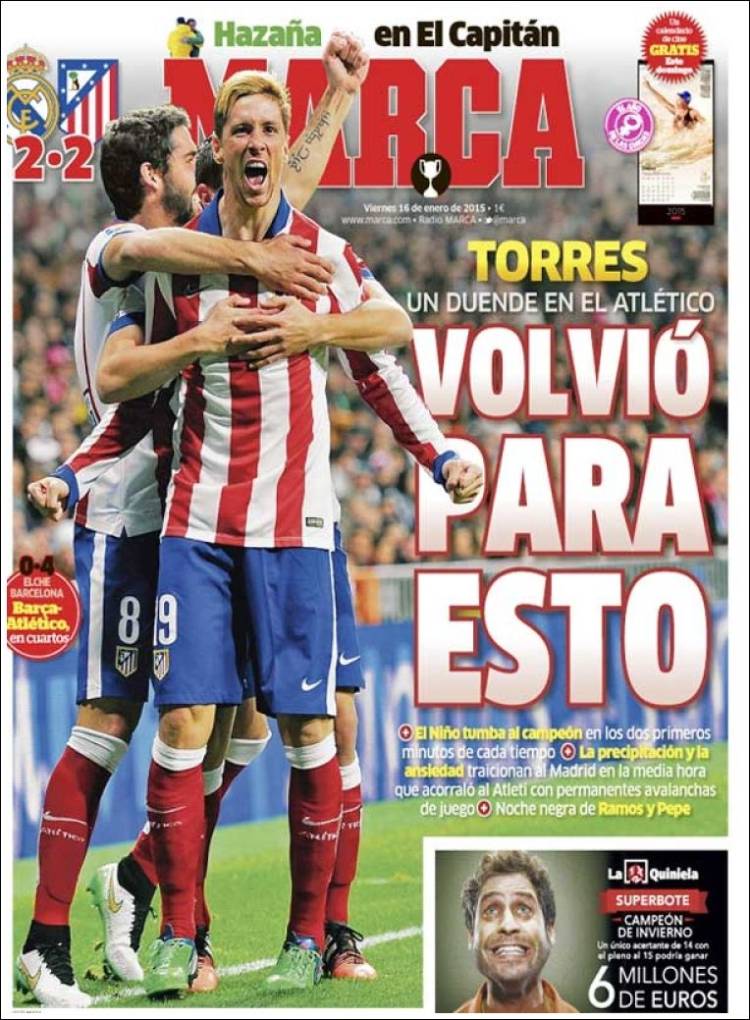 He came back for this

Torres, a devil for Atletico

A night to forget for Ramos and Pepe 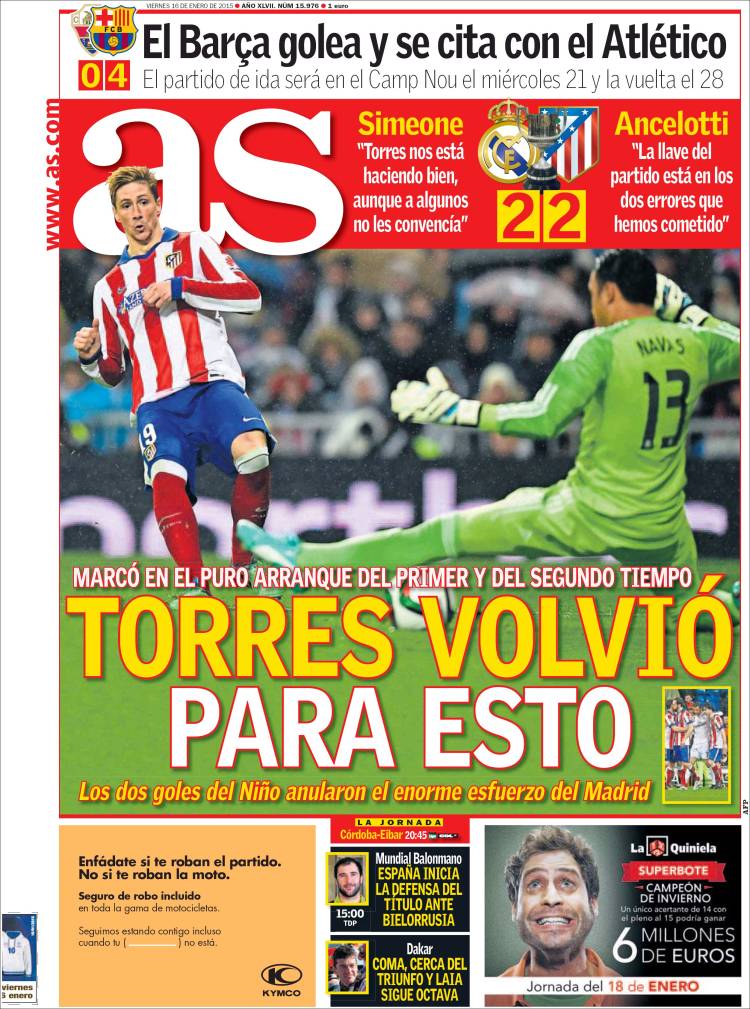 Torres came back for this

Simeone: “Torres is doing well with us, although some people are still not convinced”

Ancelotti: “The key to the match was the two errors we committed”

Barca goal feast and a date with Atletico 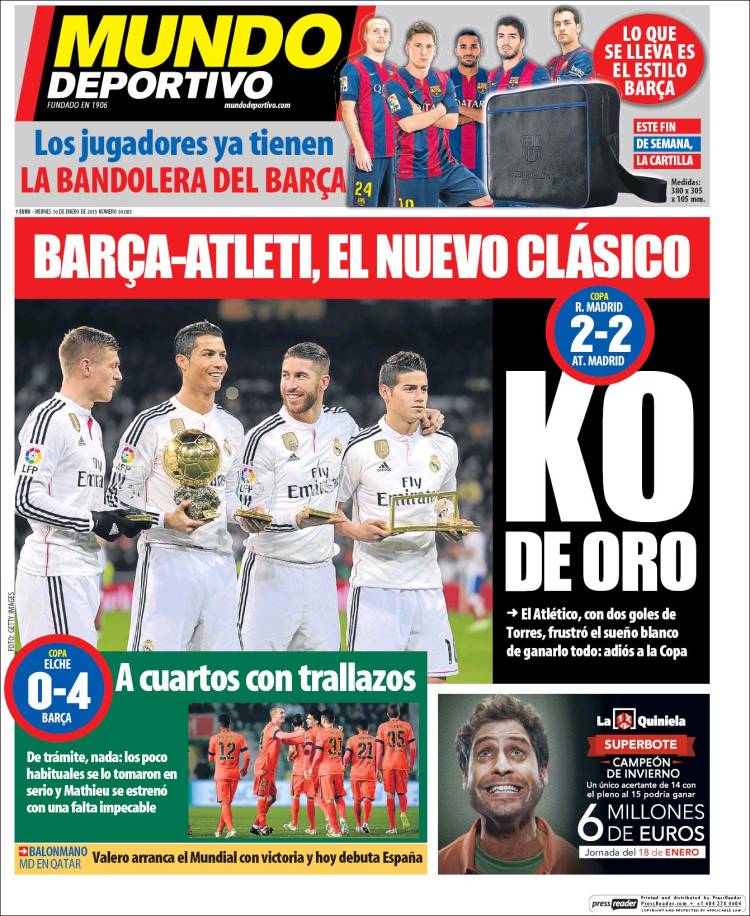 Atletico, with two goals from Torres, frustrated Los Blancos’ dream of winning everything: goodbye to the Cup

Formality, nothing: the few regulars took it seriously and Mathieu scored his first goal with an immaculate free-kick