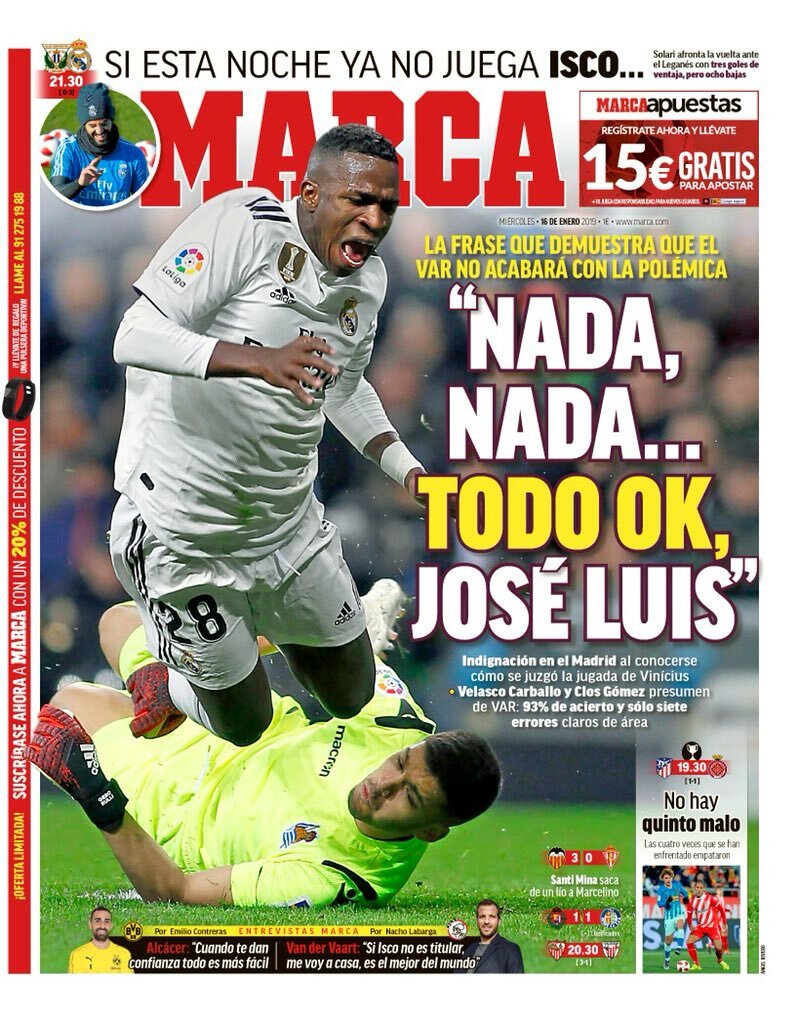 "Nothing, nothing...everything is ok, Jose Luis"

The phrase that proves VAR will not end the controversies

Indignation in Madrid over no penalty for Vinicus, officials say VAR has 93% accuracy and has only made six errors 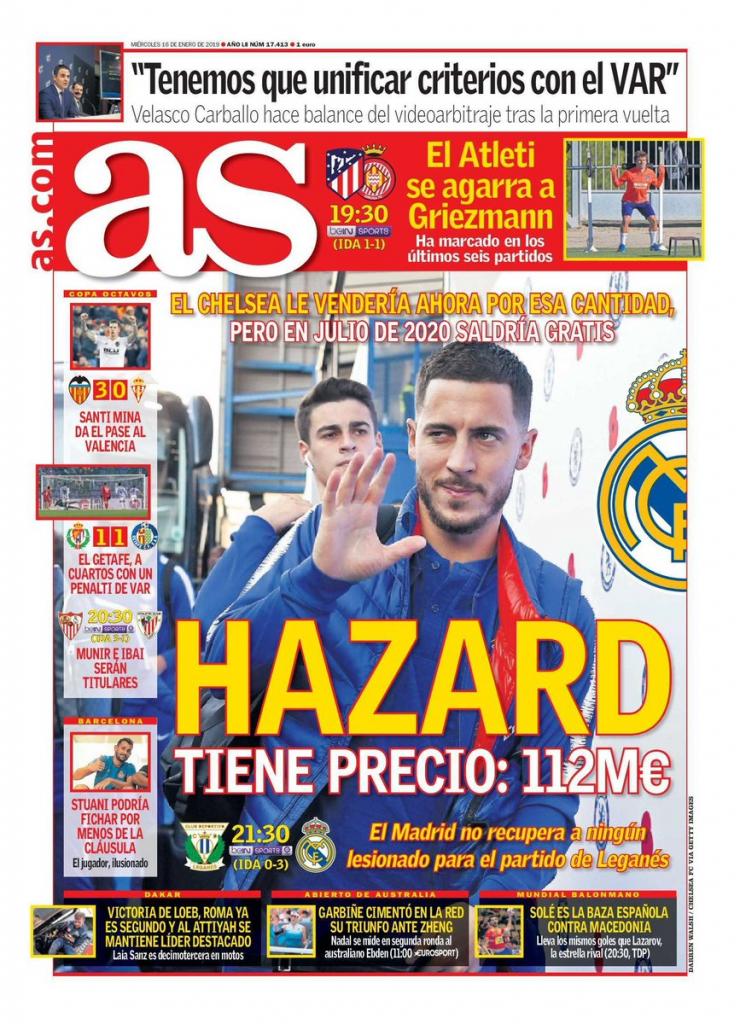 Atleti grab Griezmann - has scored in his last six games

"We have to unify criteria with VAR"

Getafe to the quarters with a VAR penalty

Munir and Ibai to start

Stuani, able to sign for less than his clause 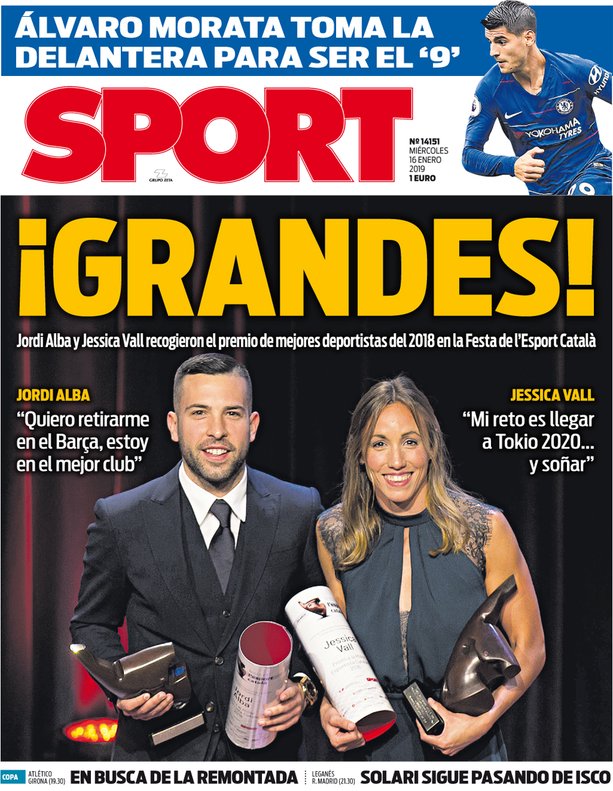 Jordi Alba: "I want to retire at Barca, I am at the best club"

Alvaro Morata takes the lead to be the number 9