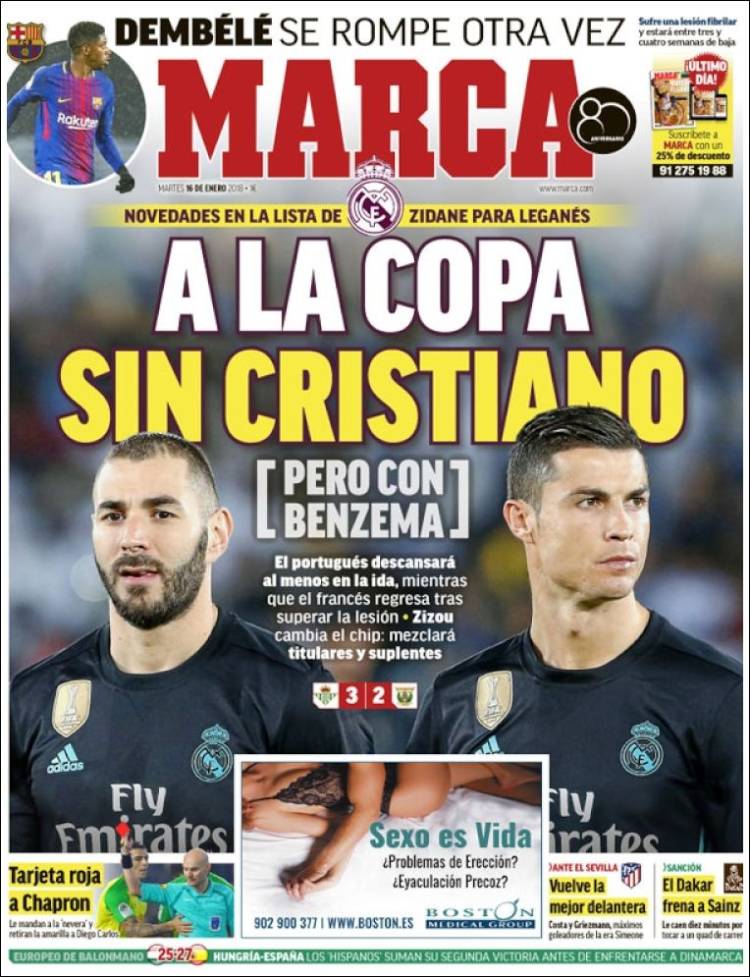 To the Copa without Cristiano (but with Benzema)

Ronaldo misses out to have a break while Benzema returns from injury, Zidane to change the team to a mix of first-teamers and backup players

Dembele injured again - out for 3-4 weeks 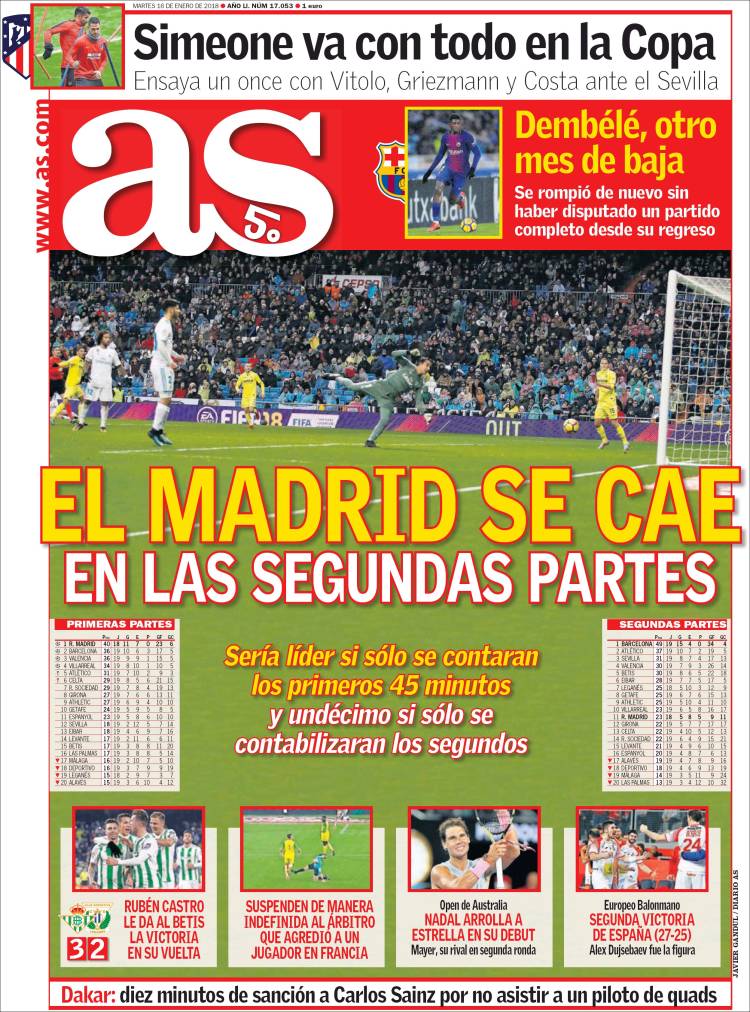 Madrid collapse in the second halves

Simeone goes with everything in Copa - Griezmann, Costa, Vitolo to play

Dembele, out for another month

Suspension of referee for kicking player 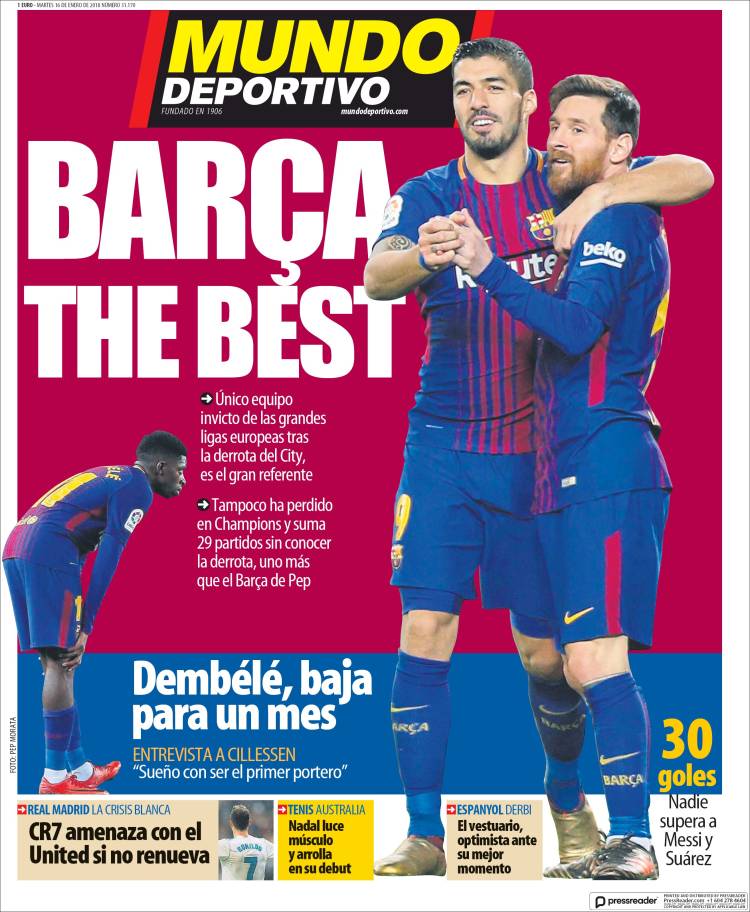 Haven't lost in CL either, 29 games without defeat

Dembele - out for a month

Cillessen: I dream of being first-choice goalkeeper