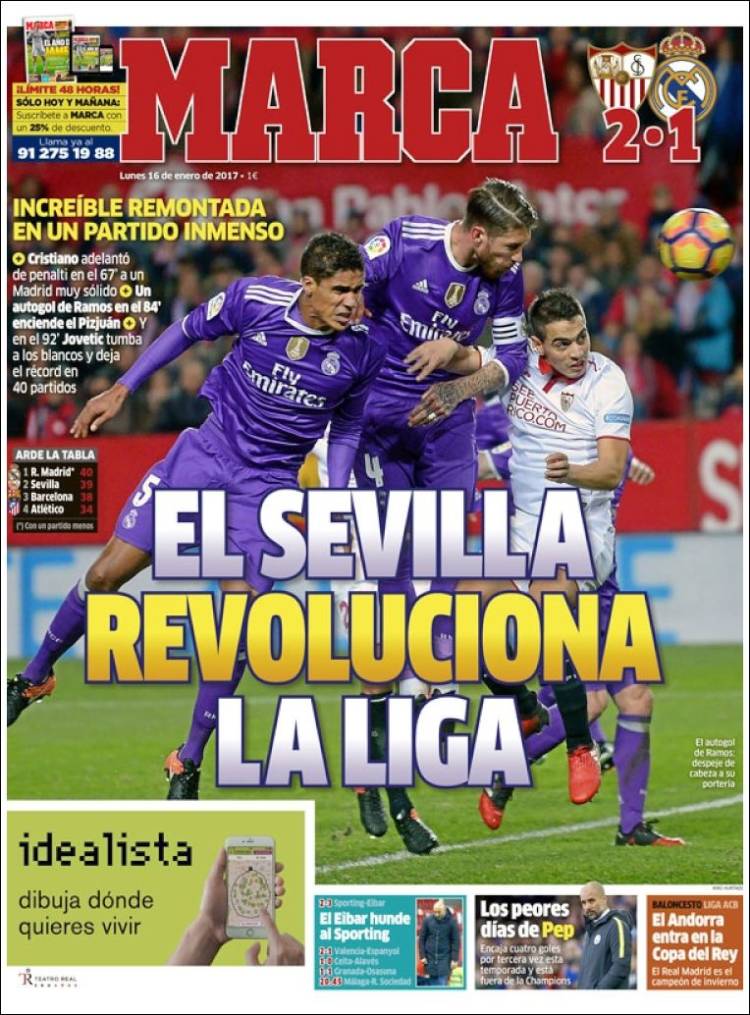 An incredible comeback in an immense match 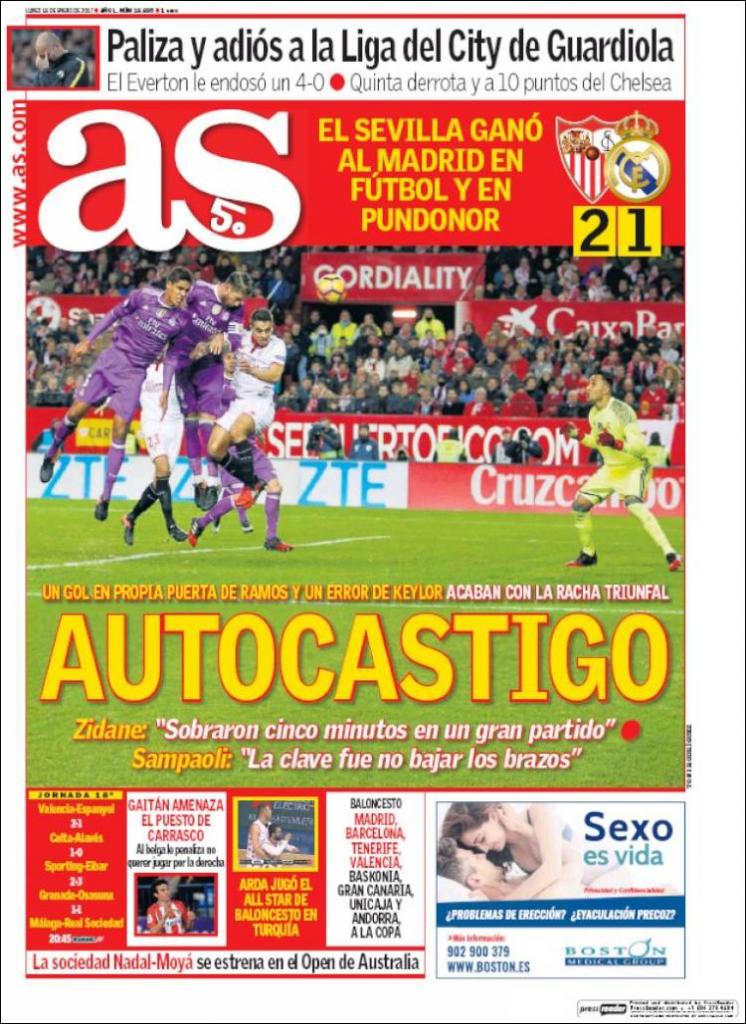 Zidane: We were in control until the last five minutes of a great game

Sampaoli: The key was to not stop fighting

Sevilla beat Madrid in football and with honour

A beating and saying goodbye to the league for City and Guardiola - Everton beat them 4-0 - their 5th defeat, 10 points behind Chelsea 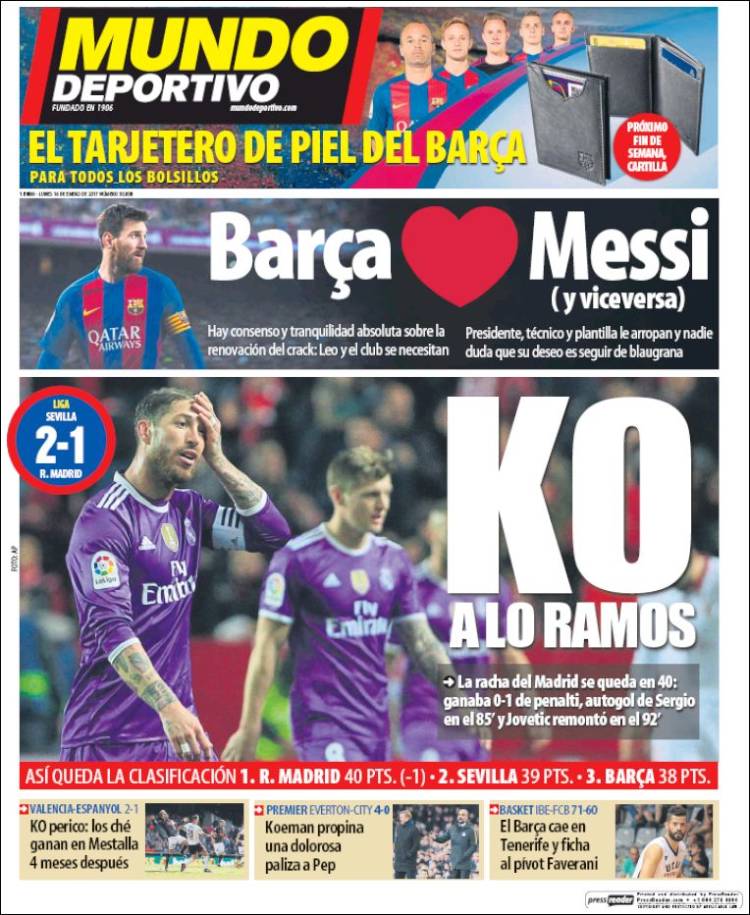 Madrid's streak ends at 40 - winning 1-0 with a penalty, Ramos own goal and last minute Jovetic strike

Barca love Messi (and vice versa) - there is a consensus and tranquility over renewing his contract - president, manager and team do not doubt his desire is to remain at the club