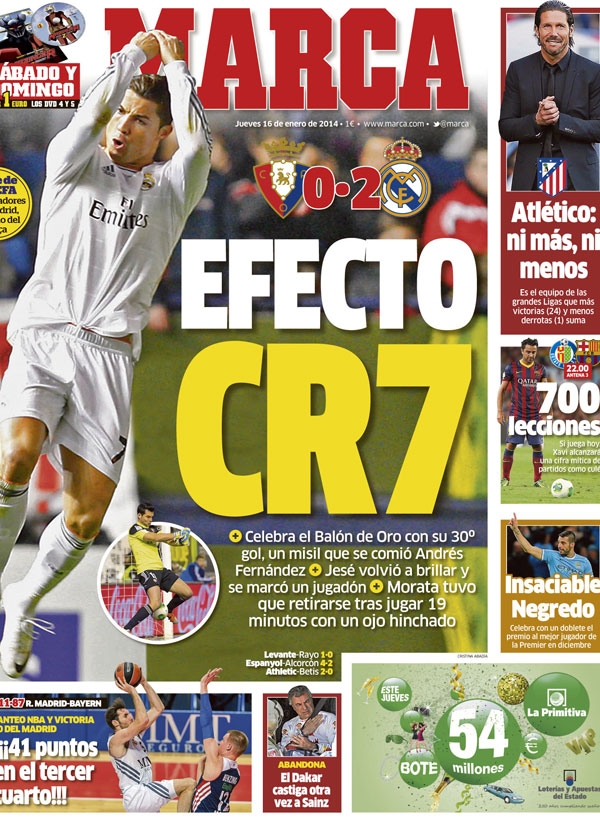 The CR7 effect
He celebrates his Balon d'Or wiht a goal in the 30 minute, a missile that ate Andres Fernandez
Jese shined again with some excellent play
Morata had to retire after 19 minutes due to an eye problem
Atletico: not more nor less
The team with the highest number of wins and fewest losses in La Liga
700 lesson
If Xavi plays today he will reach a unique milestone of matches played
Insatiable Negredo
He celebrates with a double and is the best player in the Premier League for December 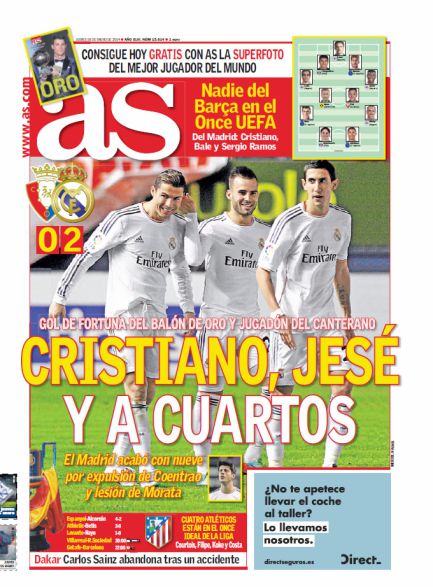 Cristiano and Jese take Madrid to the quarters
A fortunate goal from the Balon d'Or winner while Jese shines
Madrid finish with nine after Coentrao is sent off and Morata is forced off
Four Atletico players in UEFA's XI: Courtois, Filipe, Koke and Costa
Dakar: Carlos Sainz abandons the race after an accident
Not one player from Barcelona in UEFA's XI: From Madrid, Cristiano, Bale and Sergio Ramos 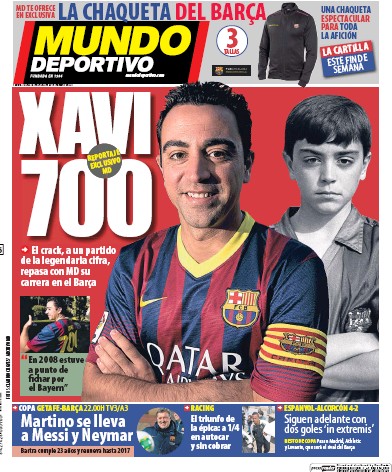 Xavi 700
The star is one game away from the legendary milestone as Mundo looks over his career at Barca
"In 2008 I was about to sign for Bayern"
Martino takes Messi and Neymar
Bartra turns 23 and renews until 2017
Racing: An epic triumpj
Levante meet Barca in the next round