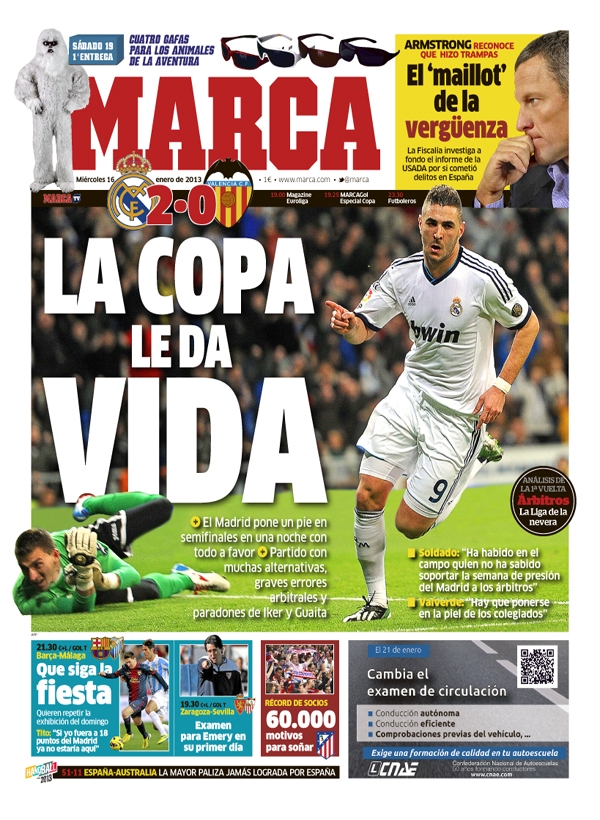 The cup of life

Madrid put one foot in the semifinals on a lucky night

The game could have ended different, there were many errors made by the referees and great saves made by Iker and Guaita

Soldado: On the field there was no one able to withstand the pressure from Madrid to the referees

Valverde: it is necessary to put oneself in the skin of others

Armstrong: The yellow jersey of shame

Barca – Malaga: The fiesta continues, they want to repeat their display from Sunday

Tito: If I was 18 points behind Madrid I would not be here

Zaragoza – Sevilla: Tough test for Emery on his first day

Record number of members for Atletico Madrid: 60,000 reasons to sing

Spain 51-11: the biggest drubbing ever by Spain 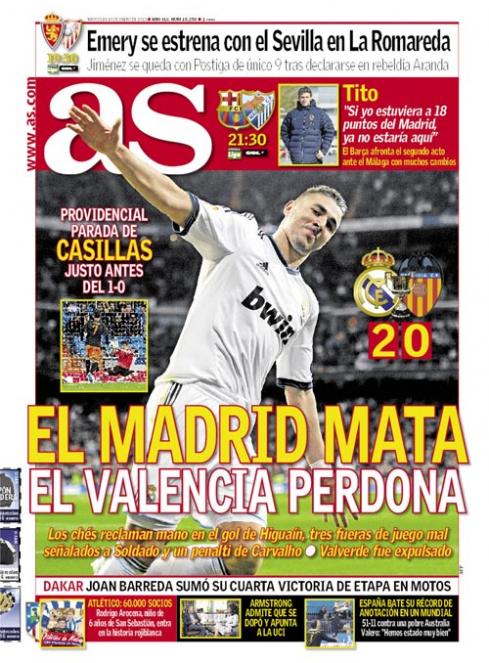 Los Ches claim a hand in second goal, three bad offside calls against Soldado and a penalty that was not called against Carvalho; Valverde was sent off

Providential save from Casillas just before Madrid went up 1-0

Tito: ¨If I was 18 points behind Madrid I would not be here¨

Emery to make his debut with Sevilla at La Romareda

Jiménez leaves Postiga as the only number 9 following Aranda situation

Dakar: Joan Barreda gets forth victory in the motorbike stage

Armstrong admits that he doped and points to the ICU

Spain beat the record in the handball World cup: 51-11 against a poor Australia

Valero: We were very good 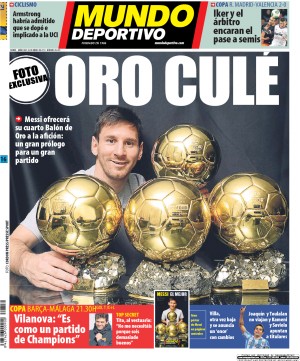 Messi to show his four Ballon d´Ors to the fans: A great prologue to a great game

Top secret, Tito his team: You do not need me because so very good

Villa is again not chosen as eleven changes are made

Real Madrid 2-0 Valencia: Iker and the referee do their best to ensure progress to the semifinals