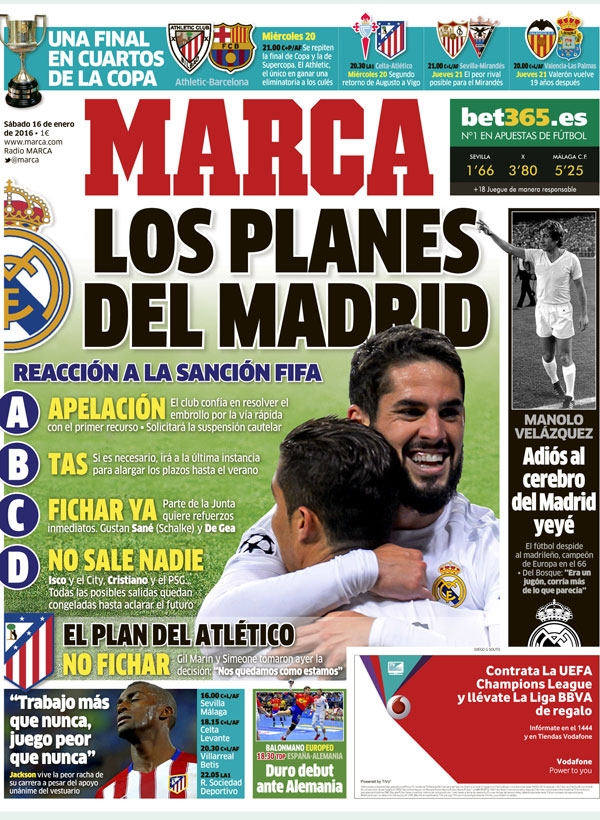 Goodbye to Madrid’s brain of the 1960s

Football says goodbye to the madridista, who was a European champion in 1966

Del Bosque: "He was a great player, who ran more than he seemed to”

“I work harder than ever, playing worse than ever”

Jackson is experiencing the worst slump of his career, despite the unanimous support of his dressing room 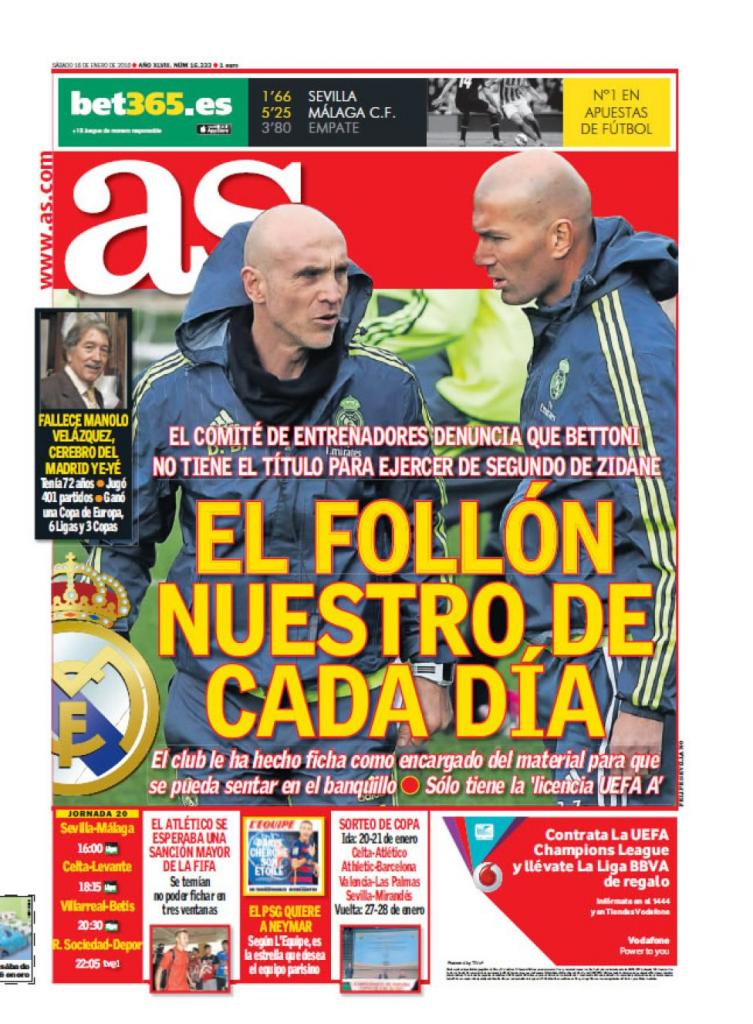 He only has a UEFA A Licence

Manolo Velazquez dies, the brain of Madrid in the 1960s

According to L’Equipe, he is the star wanted by the Parisians 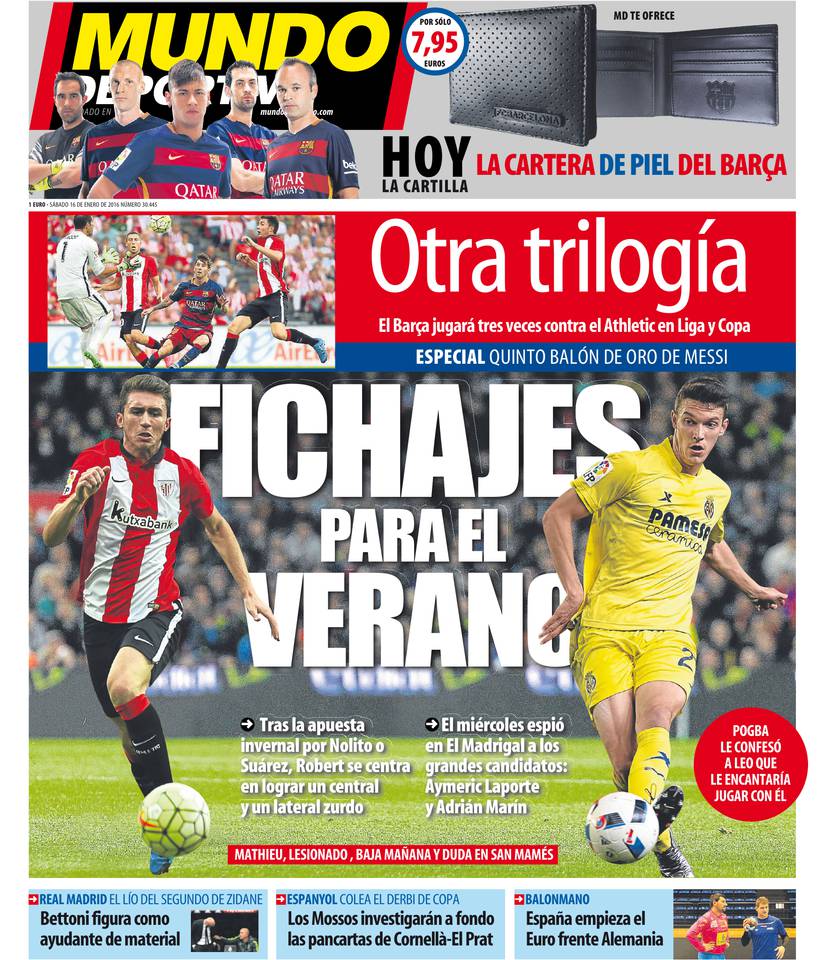 Signings for the summer

After the winter commitments of Nolito or Suarez, Robert focuses on landing a centre-back and left-back

Mathieu a doubt for San Mames

Real Madrid, the mess of Zidane’s No 2

Bettoni listed as assistant of the squad

The Catalonian police investigate thoroughly the banners at Cornella-El Prat