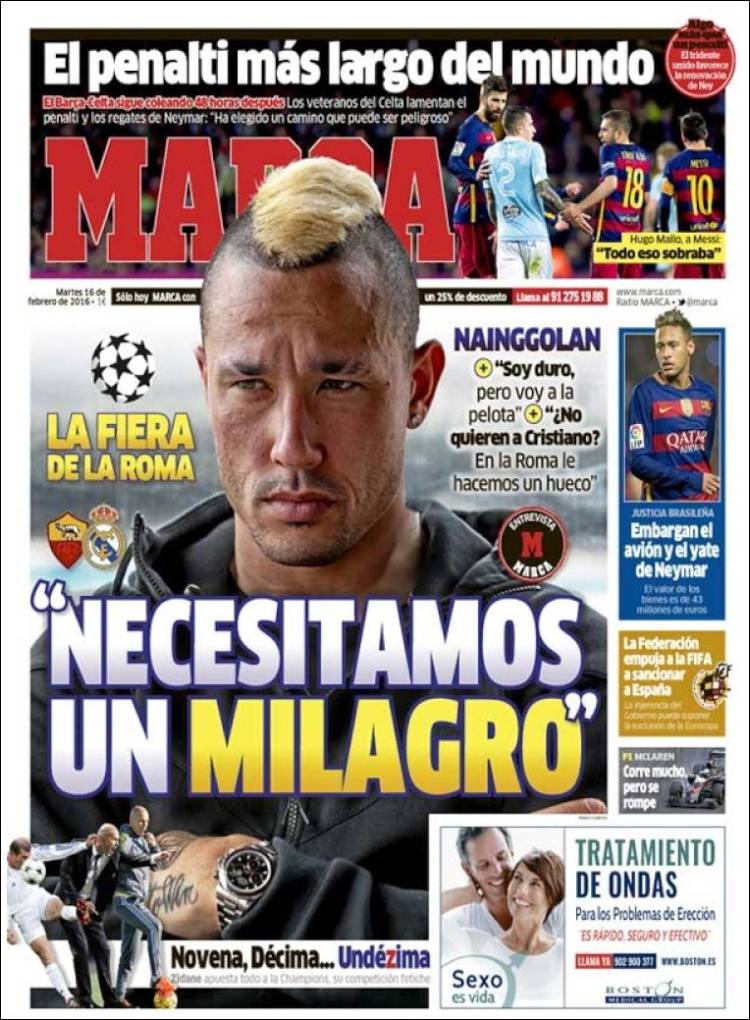 The longest penalty in the world

The Celta veterans lament the penalty and Neymar’s dribbling: “He has chosen a path that can be dangerous”

Hugo Mallo to Messi: “That’s too much”

The wild animal of Rome

“We need a miracle”

Zidane stakes everything on the Champions League, his fetishized competition

The value of the assets is €43m 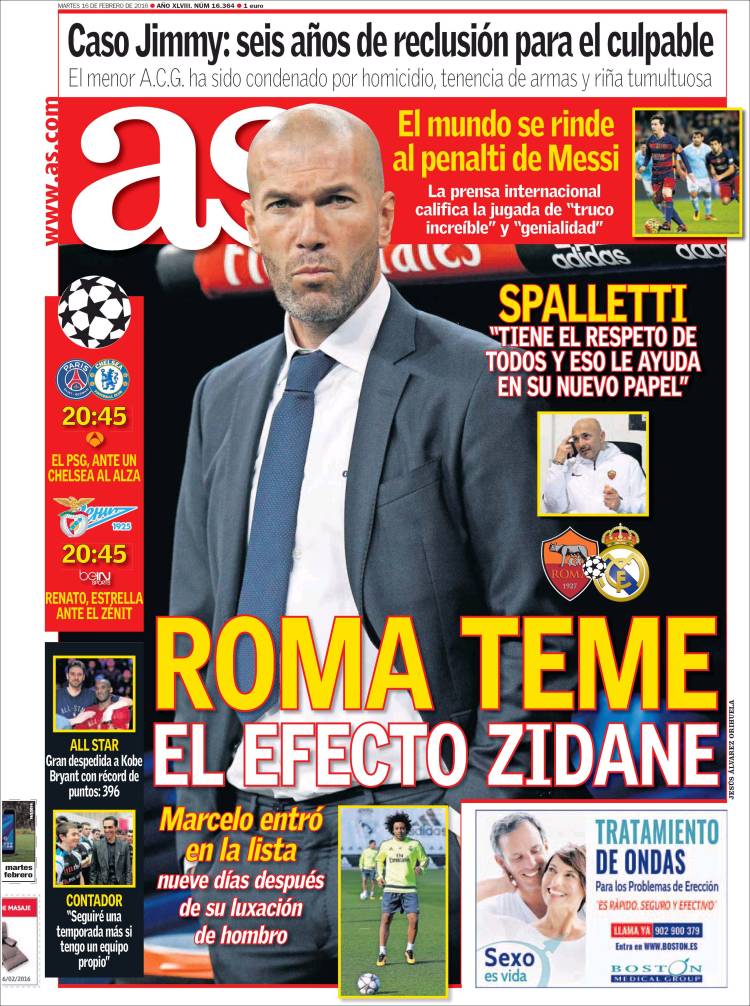 Jimmy case: six years in prison for the guilty

The minor A.C.G has been convicted of homicide, possession of weapons and brawling

The world yields to Messi’s penalty

Marcelo called up nine days after dislocating his shoulder

PSG, against a rising Chelsea 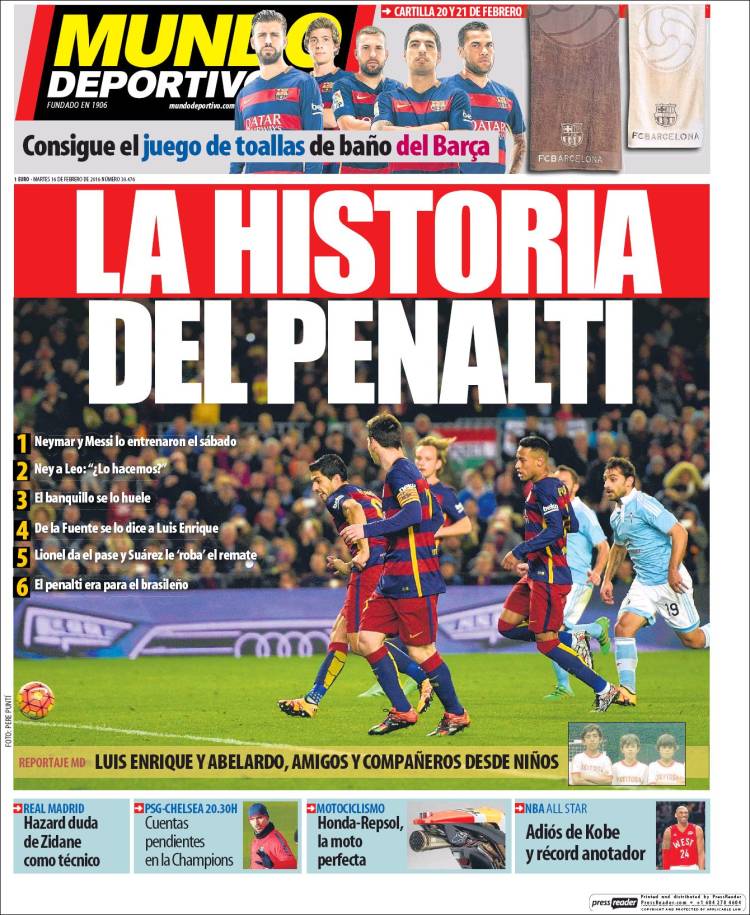 The history of the penalty

1. Neymar and Messi trained on Saturday

3. The bench smells they are

5. Lionel gives the pass and Suarez ‘steals’ it

6. The penalty was for the Brazilian

Luis Enrique and Abelardo, friends and teammates since they were children

Hazard doubts Zidane as a Coach

Outstanding accounts in the Champions League