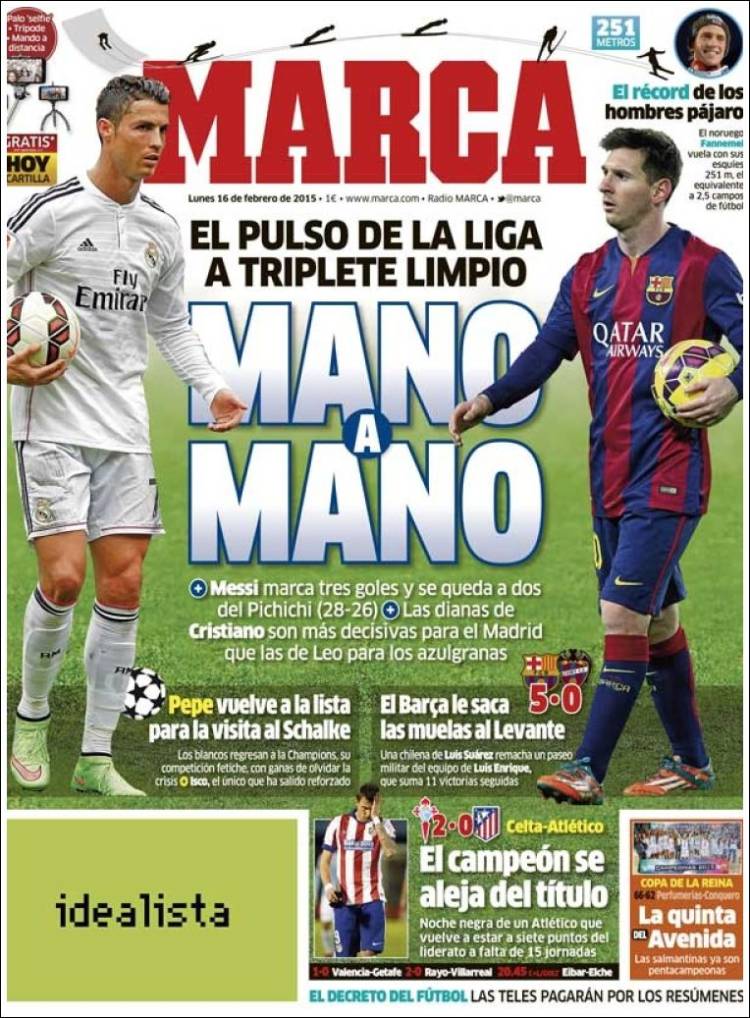 Pepe returns to the squad to visit Schalke

Los Blancos return to the Champions League, their favourite competition, wanting to win to forget the crisis

Barca take out a beating on Levante

The overhead kick from Luis Suarez seals a cakewalk for Luis Enrique’s team, with 11 victories in a row

The champions move away from the title 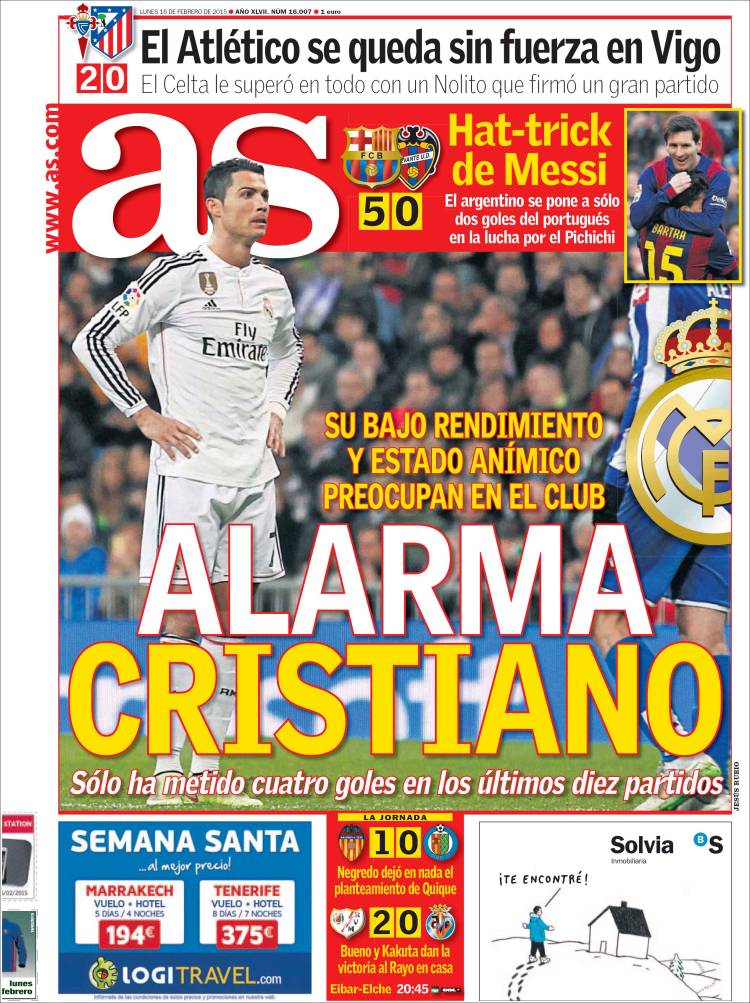 His performances and mood concern the club

He only has four goals in his last 10 games

Celta beat them in everything with a great game for Nolito 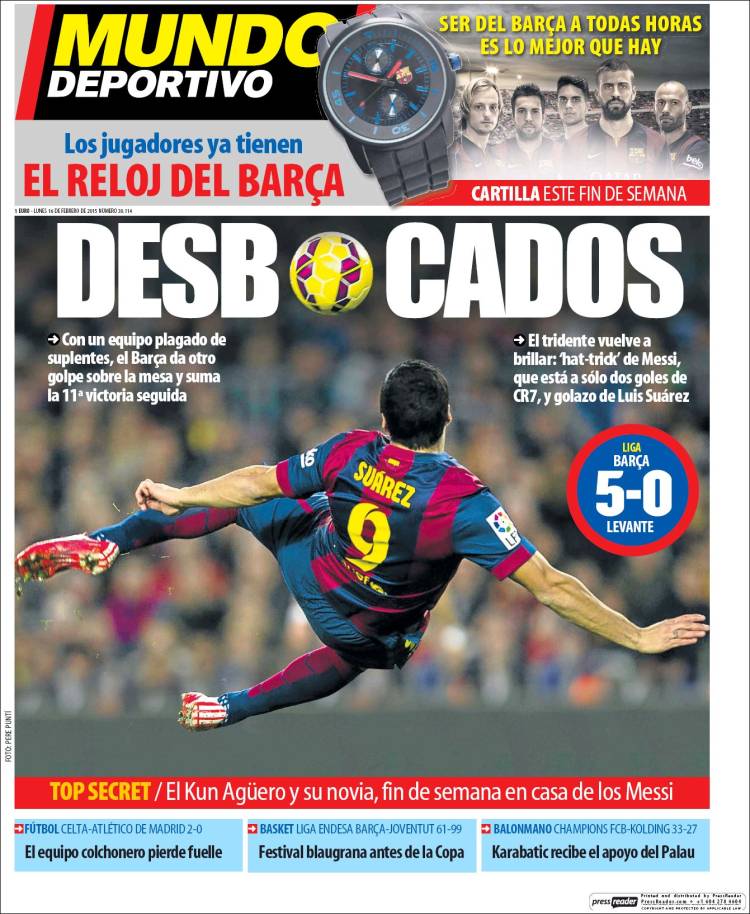 The trident brilliant again: Hat-trick for Messi, now only two goals behind Cristiano, and a golazo from Luis Suarez