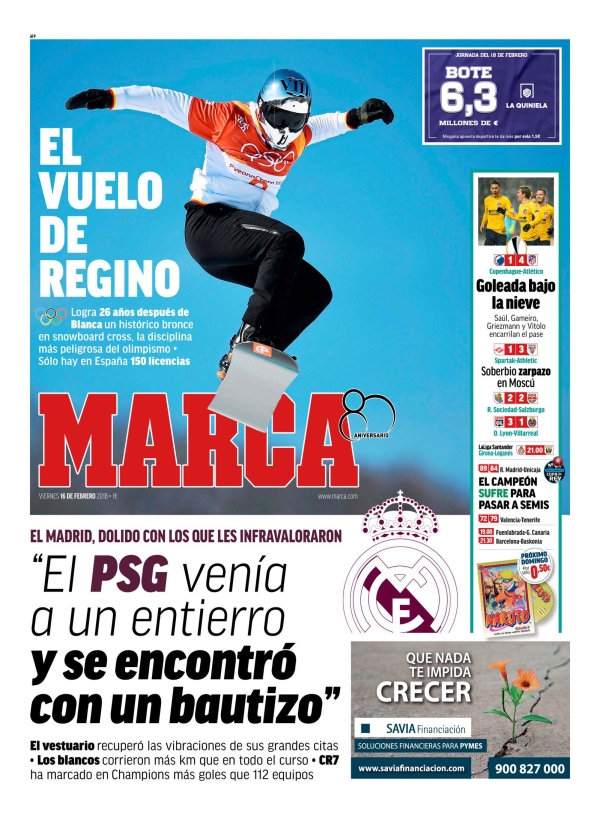 "PSG were coming to a burial and [instead] witnessed a baptism"

Madrid, hurt by those who underestimated them

The dressing room recovered the vibes of great past matches

Los Blancos ran more kilometres than they have all season

Thrashing under the snow 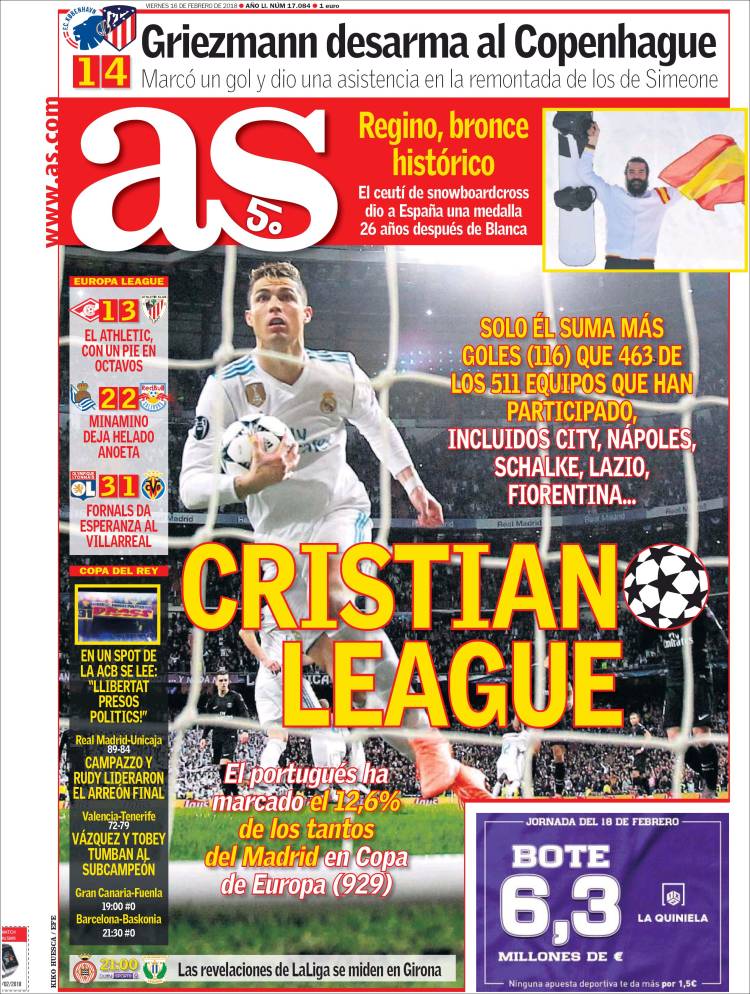 The Portuguese has scored 12.6 per cent of Madrid's goals in the European Cup [929]

He scored one and gave an assist in Simeone's team's comeback

Athletic with one foot in the last 16 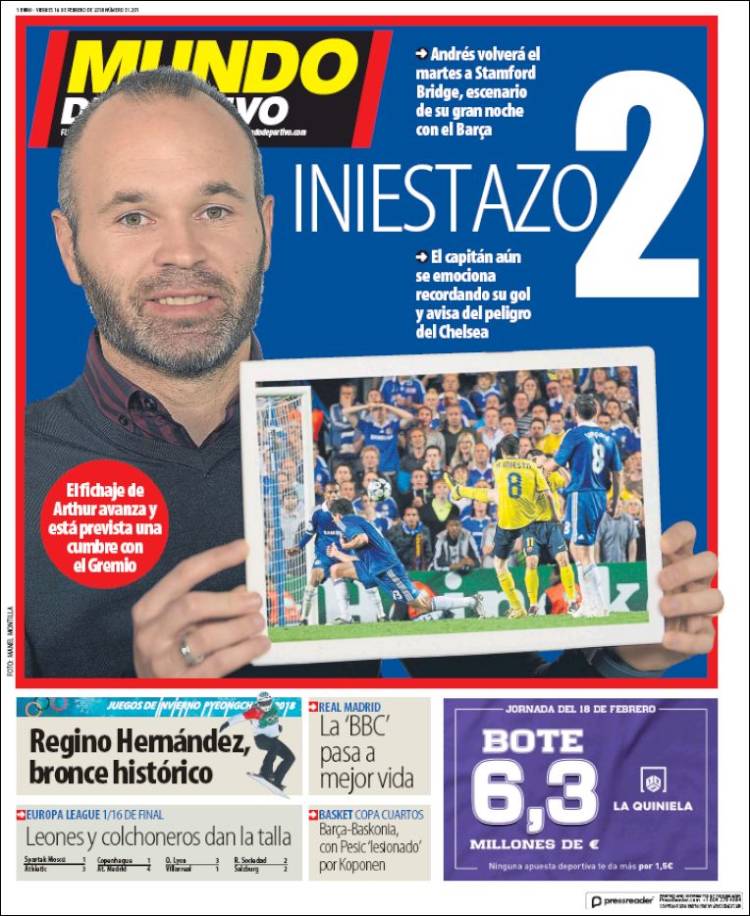 Andres going back to Stamford Bridge on Tuesday, scene of his great night with Barca

The BBC passes away

Leones and Colchoneros make the grade