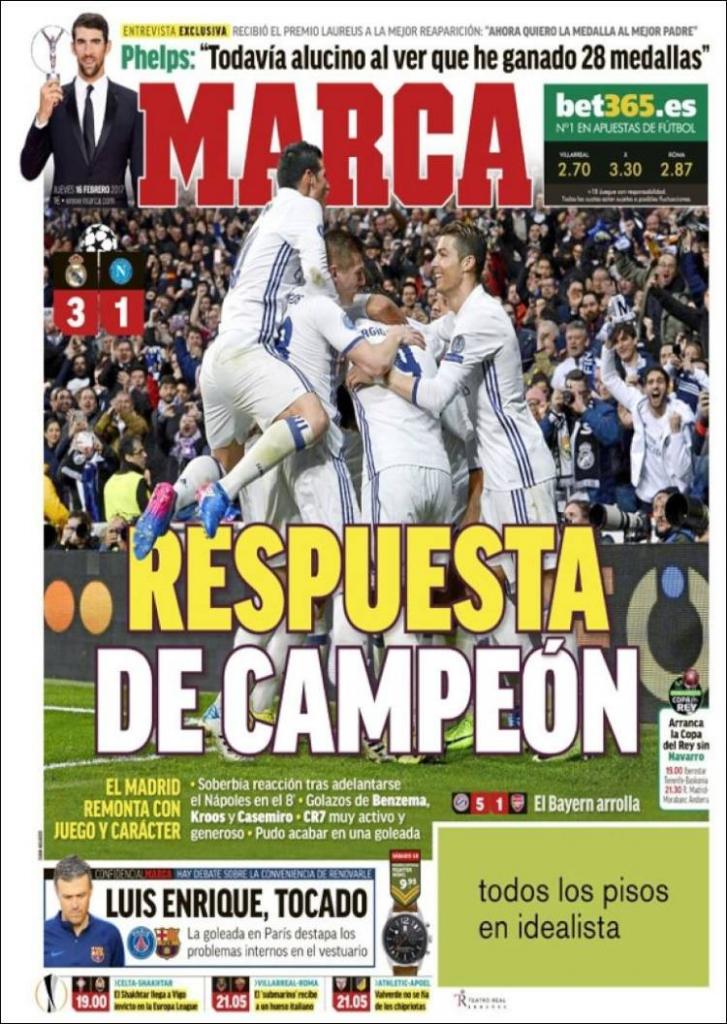 Real comeback after Insigne's 8th minute goal, Magnificent goals from Benzema, Kroos and Casemiro, Ronaldo very active and generous, game could have been a thrashing 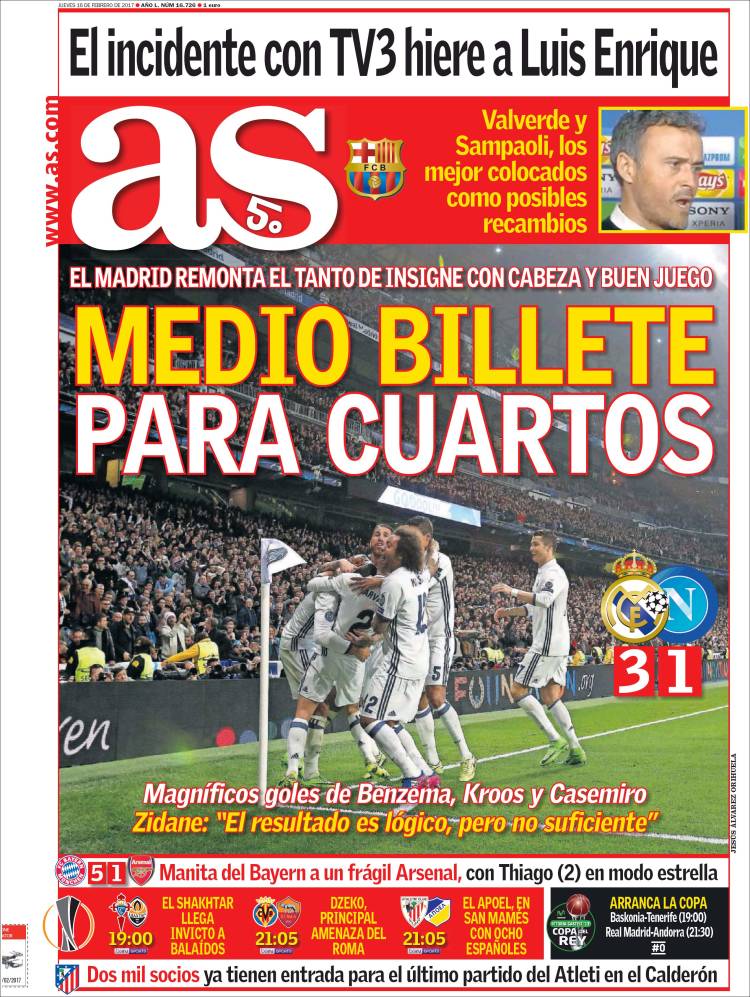 Half a ticket to the quarter finals!

Zidane: The result is logical but not significant 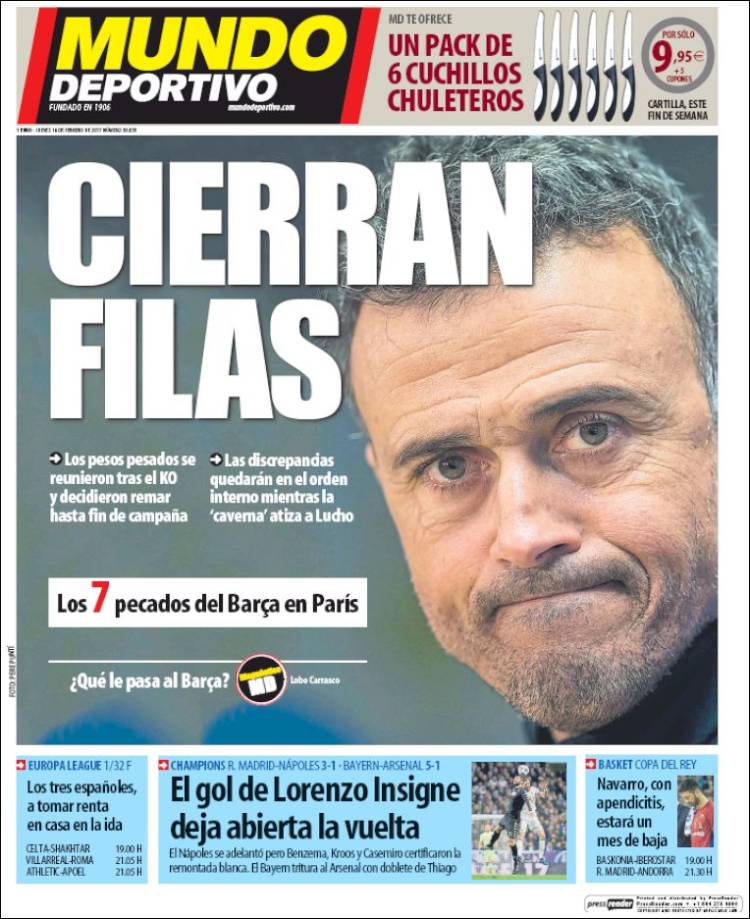 The heavyweights discuss after Enrique's future after Paris game, he'll leave at the end of the season, discrepancies will remain

Insigne's goal leaves the door open for the return - Napoli led but Benzema, Kroos and Casemiro restored Madrid's advantage, Bayern down Arsenal thanks to Thiago double