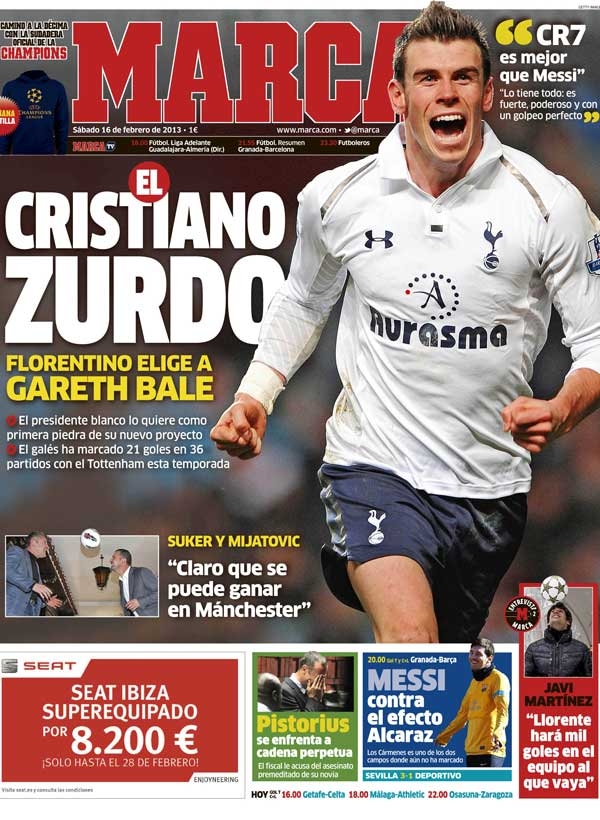 Suker and Mijatovic: "It is clear that they can win in Manchester"

Bale: "CR7 is better than Messi, he has everything: power, ability and a perfect shot"

Messi against the Alcaraz effect: Los Carmenes is one of two fields where even Messi has not scored yet

Javi Martinez: "Llorente will score a thousand goals in the team that he goes to"

Pistorius faces life imprisonment: The public prosecutor accuses him of premeditated murder of his girlfriend 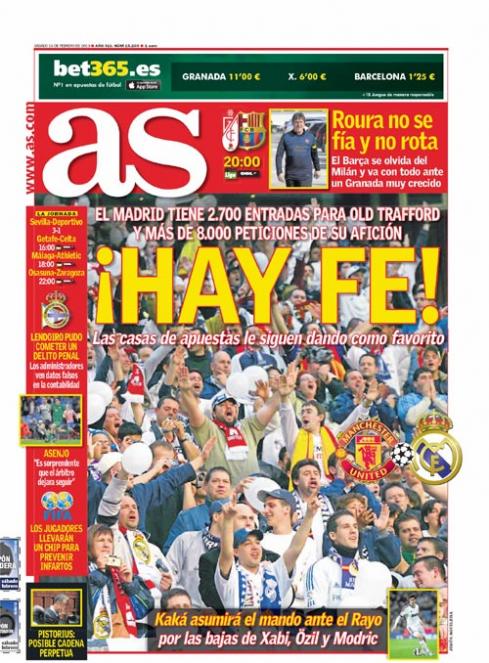 Madrid have 2,700 tickets for Old Trafford and more than 8,000 requests

The betting houses putting them as favourites

Kaka to play against Rayo, Xabi, Ozil and Modric to be rested

Deportivo: Lendoiro could have committed a criminal offense

The adminstrators have seen false data in the club's accounting

Asenjo: "I am surprised that the referee will be allowed to continue"

FIFA: Players will have a chip to avoid heart attacks 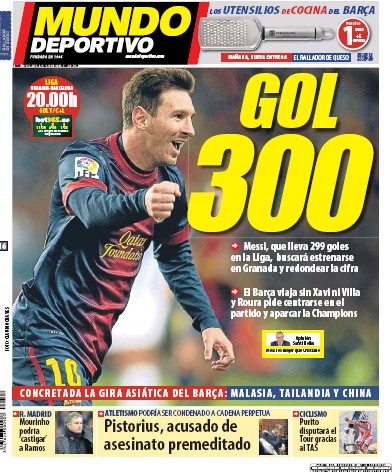 Messi, already on 299 La Liga goals, will search in Granada to round off the number

Athlete could be sentenced to life imprisonment: Pistorius accused of premeditated murder

Cycling: Purito to dispute the Tour thanks to TAS