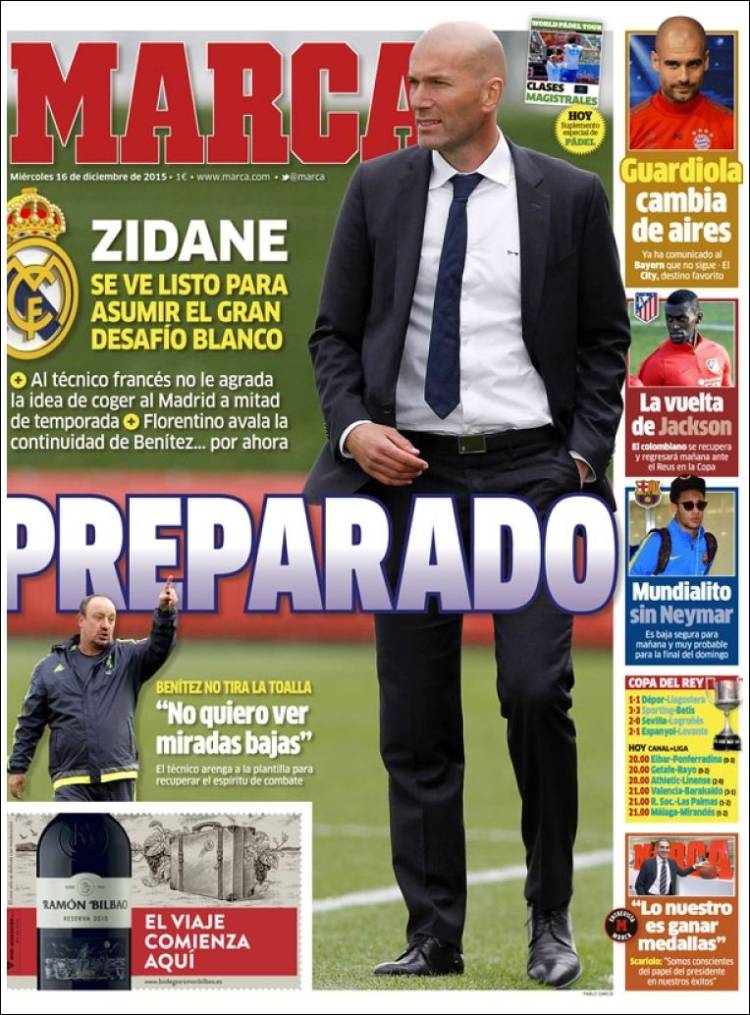 He looks ready to take on the great Blanco challenge

Benitez doesn’t throw in the towel

The Coach harangues the squad to recover the fighting spirit

He has already communicated to Bayern he won’t continue - City, favoured destination

The return of Jackson

Absence is sure tomorrow and very likely for Sunday’s final 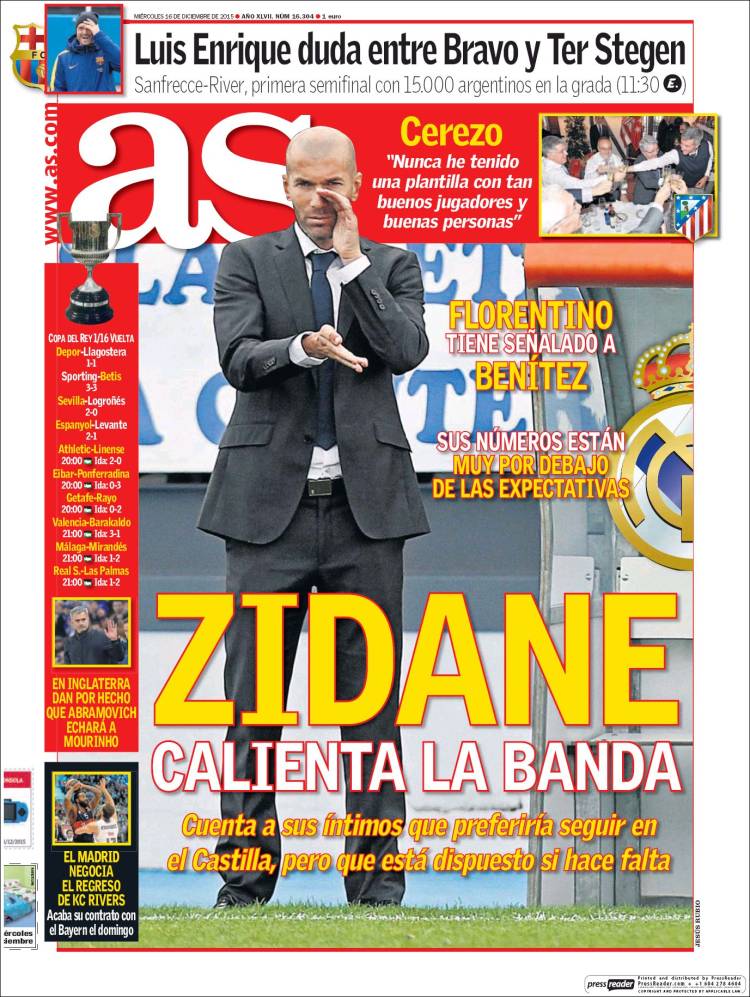 Sanfrecce-River, first semi-final with 15,000 Argentines in the stands [11:30 Spanish time]

Florentino has signalled to Benitez

Their numbers are far below expectations

Zidane warms up on the sidelines

He’s told his intimates he’d prefer to stay at Castilla, but he’s willing if needed

In England they believe Abramovich will dismiss Mourinho 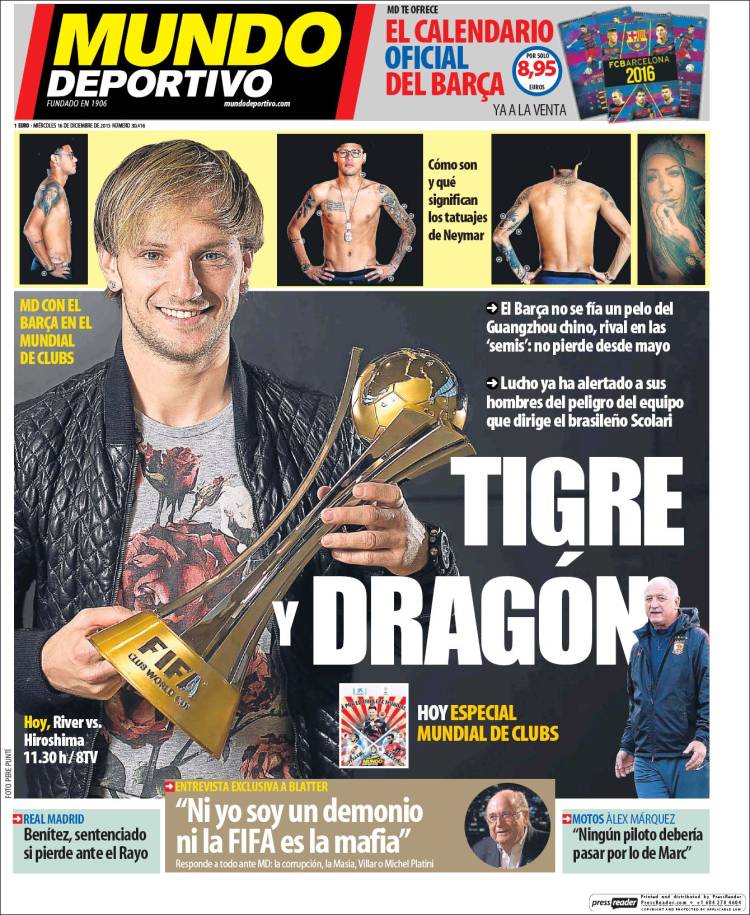 Barca are not relying on China’s Guangzhou to be fools, their rival in the semi-final: They haven’t lost since May

Benitez, sentenced if he loses to Rayo

“I’m not a demon and FIFA isn’t the mafia”

Responds to everything before MD: Corruption, La Masia, Michel Platini