Today's front-page headlines from AS, Mundo Deportivo and Sport… 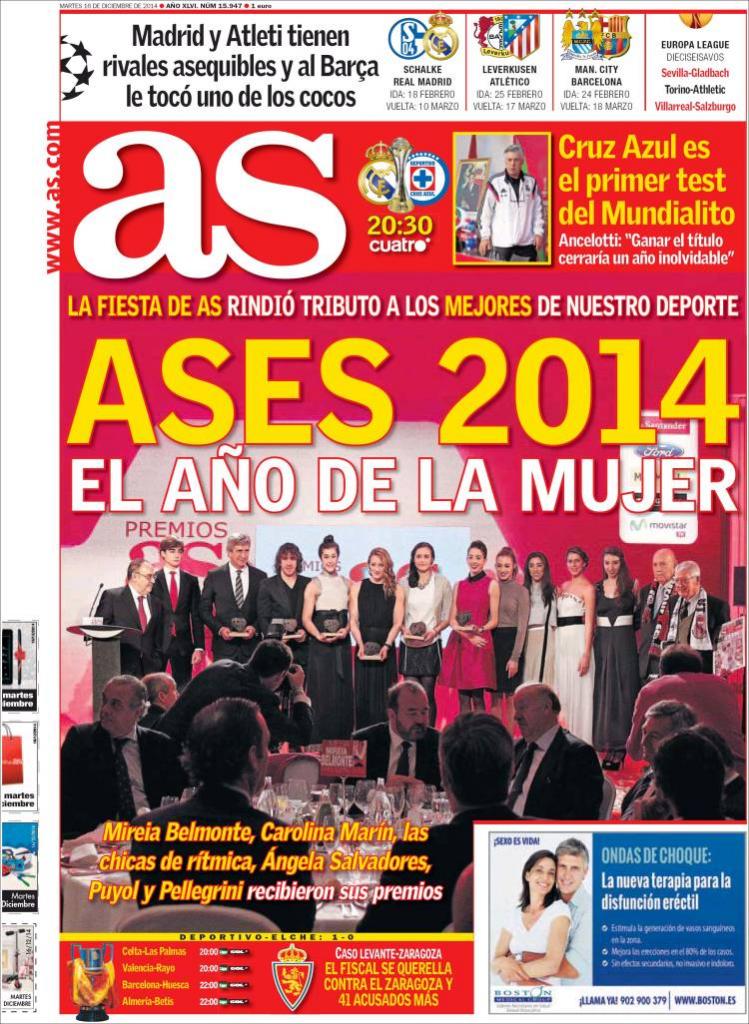 Cruz Azul is the first test in the Club World Cup

Ancelotti: “To win the title would close an unforgettable year” 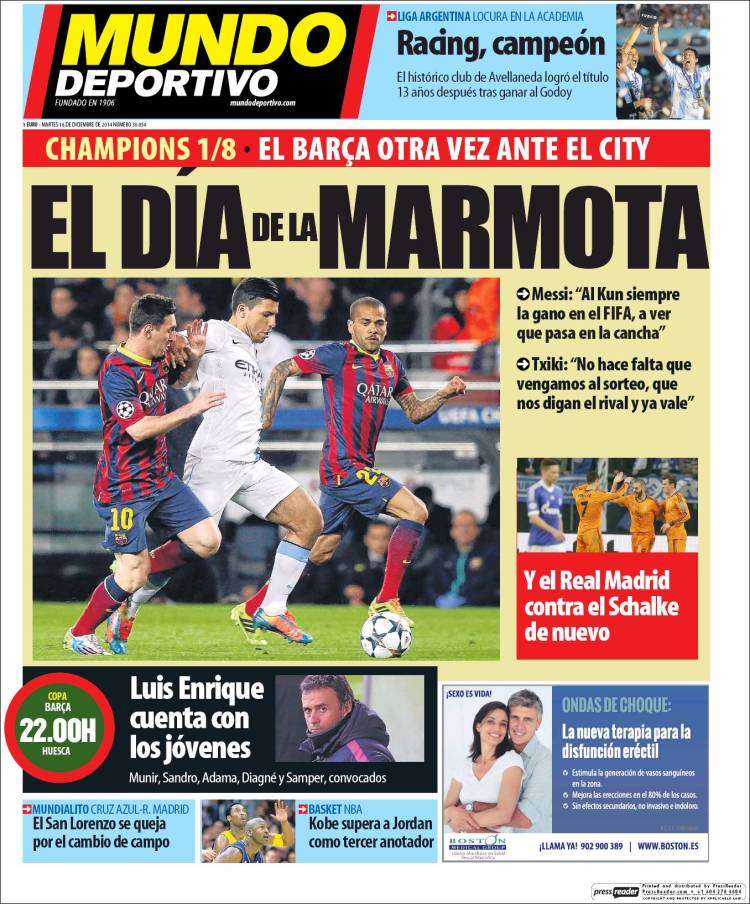 Messi: “I always beat Kun at FIFA, let’s see what happens on the pitch”

Txixi: “We shouldn’t have bothered coming to the draw, they should tell us our opponents and that’s it”

Luis Enrique counting on the youngsters

Racing champions – madness in the academy: the historic club from Avellaneda win the title 13 years later after beating Godoy 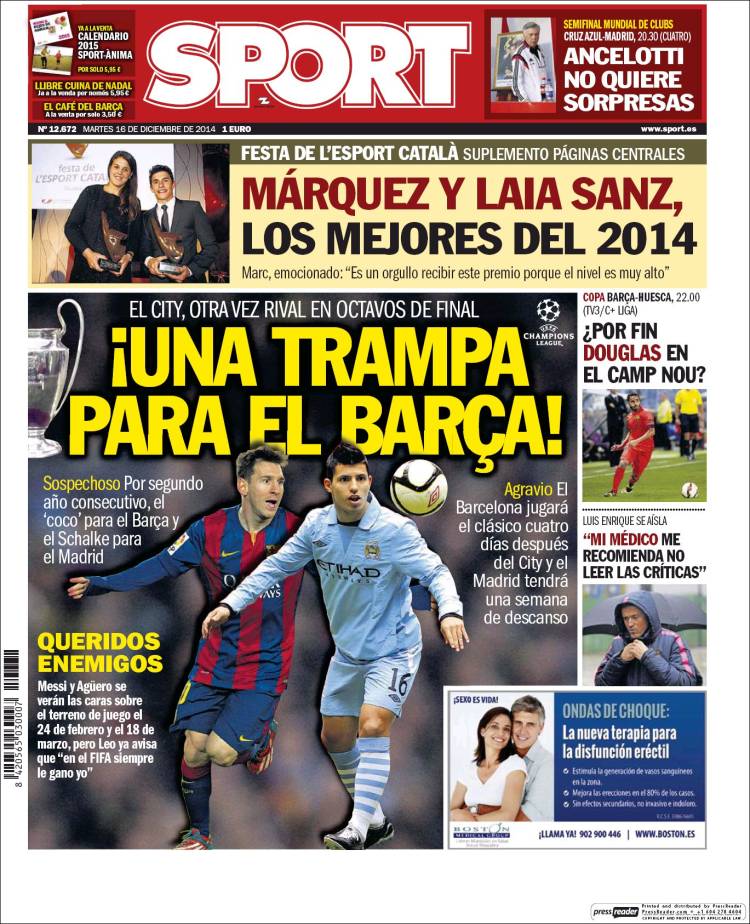 A booby trap for Barca!

City, rivals again in the last 16

Suspicious: For the second successive year one of the ‘big guns’ for Barca and Schalke for Madrid

Aggrieved: Barca will play El Clasico four days after City and Madrid will have a week’s rest

Best of enemies – Messi and Aguero will face each other on the pitch on February 24 and March 18, but Leo has already warned that “I beat him at FIFA”

At last Douglas in the Camp Nou?

“My doctor advised me not to read the criticisms”

Ancelotti does not want any surprises