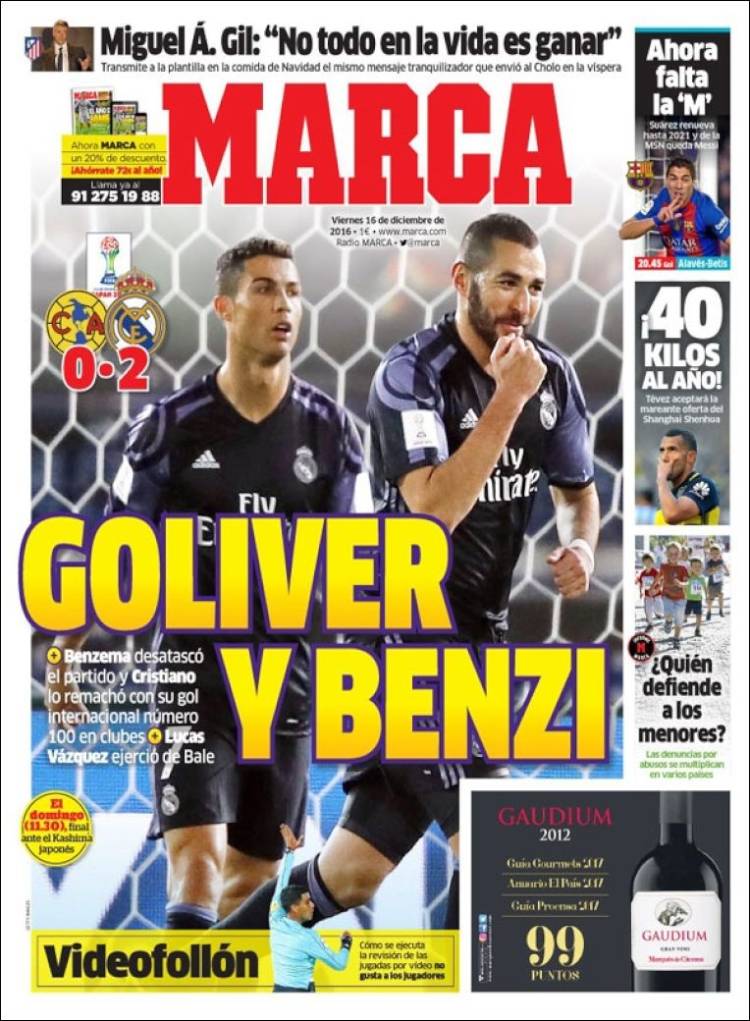 RM will play Kashima Antlers on Sunday, 11.30am CET

Video technology - not liked by the players

Miguel A Gil: Not everything in life is about winning – the same reassuring message at Christmas meal as he’d told Cholo

Now missing the 'M' - Suarez renews until 2021, now Messi the only part of MSN not to renew 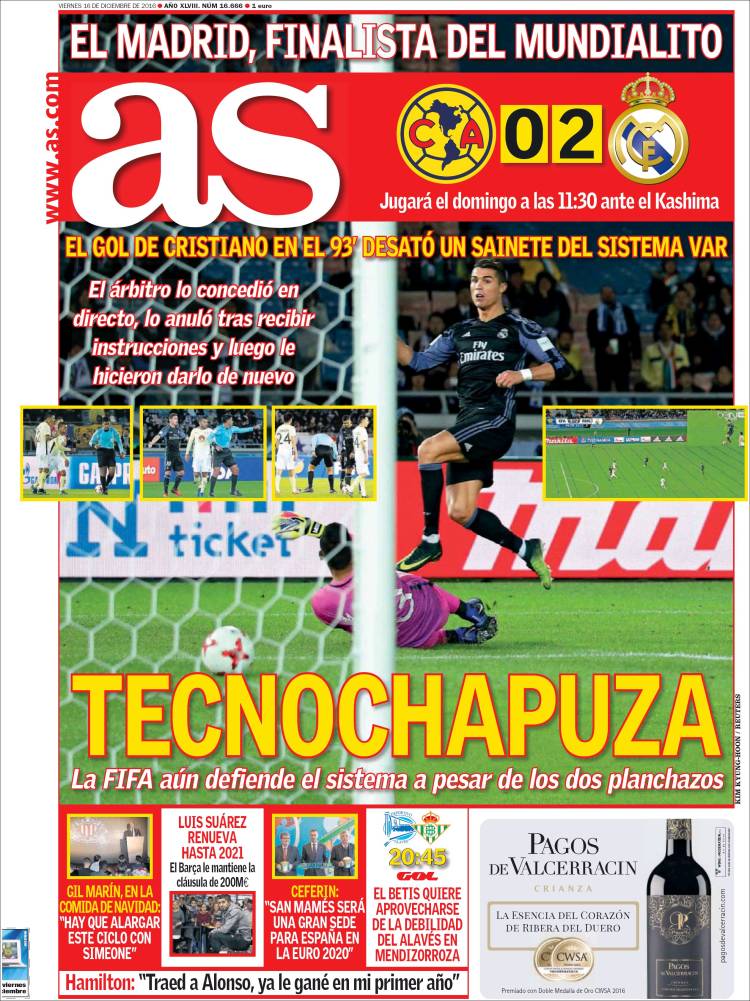 Referee awards Cristiano goal, cancels it after receiving instructions then awards it again 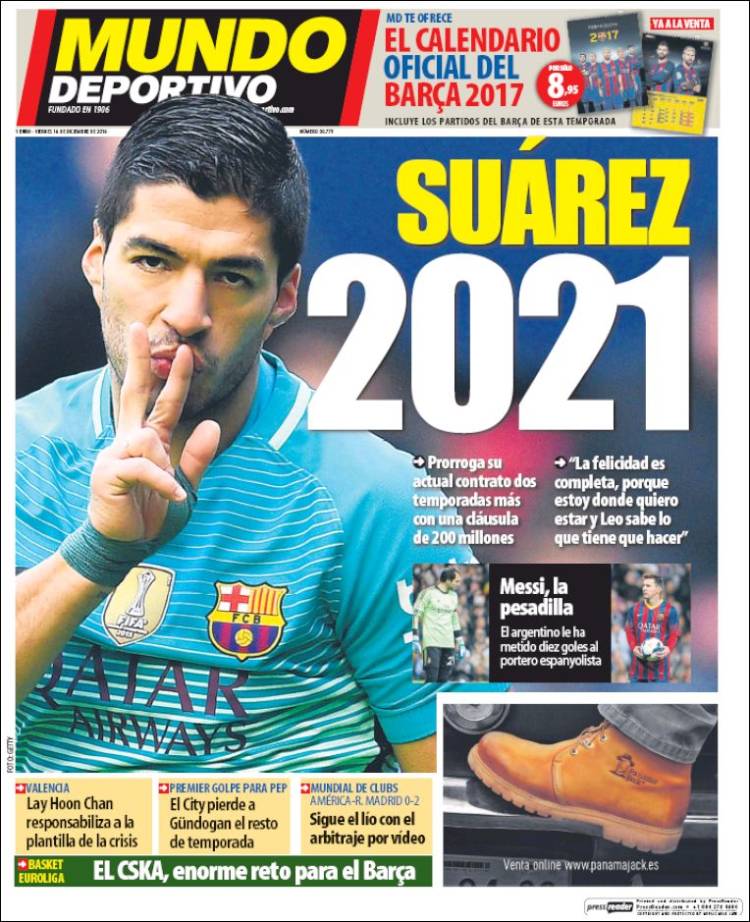 Valencia - Lay Hoon Chan responsible for the team in crisis

City to miss Gundogan for the rest of the season