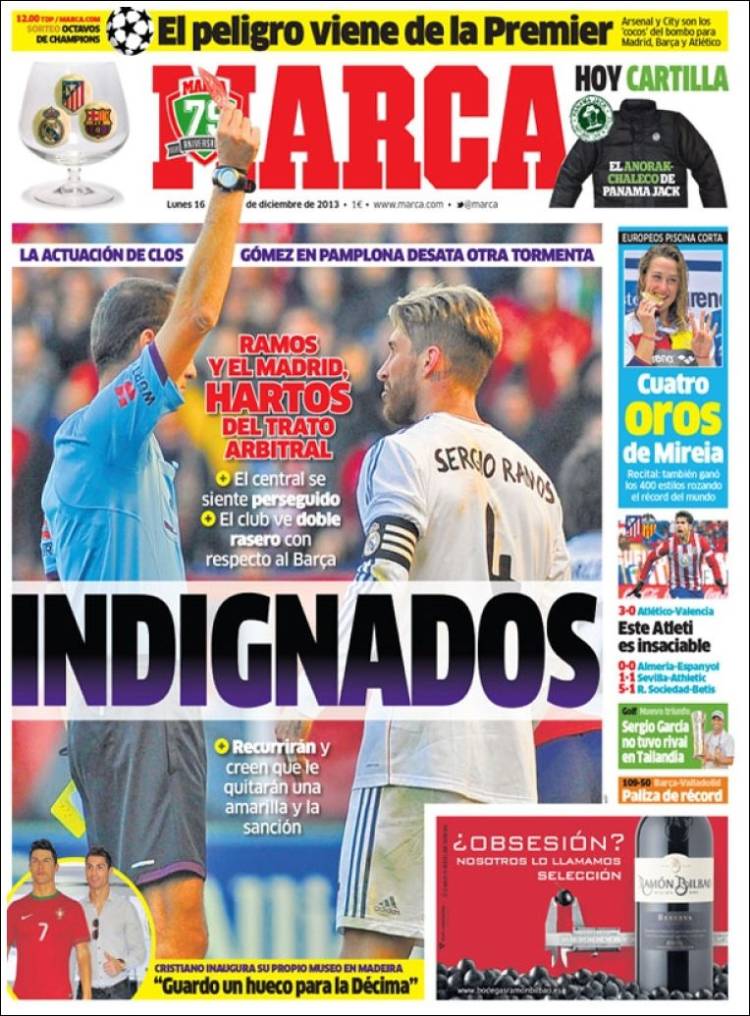 The Clos Gomez scandal has unleashed another storm

Ramos and Madrid are tired of their treatment by referees

The defender continues to be persecuted

The club has seen double the cards in respect to Barca

UCL draw today: The danger comes from the Premier League

Arsenal and City are the bogey teams for Atletico, Barca and Madrid

This Atletico are insatiable

Sergio Garcia without rival in Thailand

Cristiano inaugurates his statue in Madeira

"I reserve a space for La Decima" 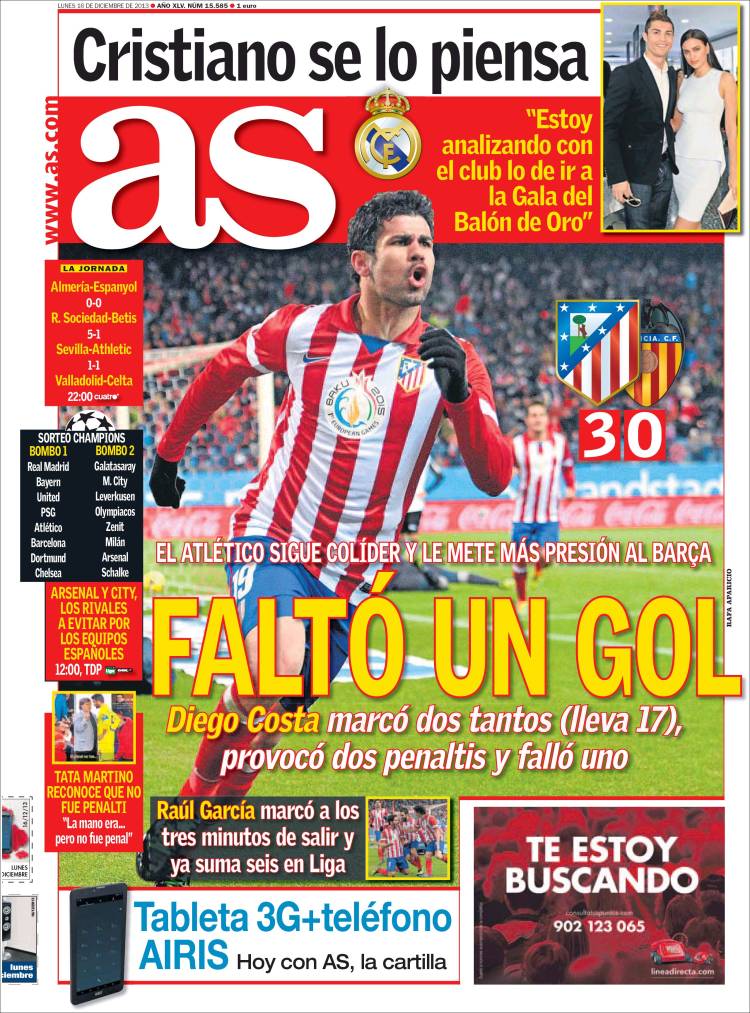 Atletico continue to keep up the pressure on Barca

Cristiano to the press: "I am talking with the club to go to the Balon d'Or gala"

Arsenal and City, the rivals the Spanish sides want to avoid

Tata Martino recognises it was not a penalty

"A hand-ball it was, but, it was not a penalty" 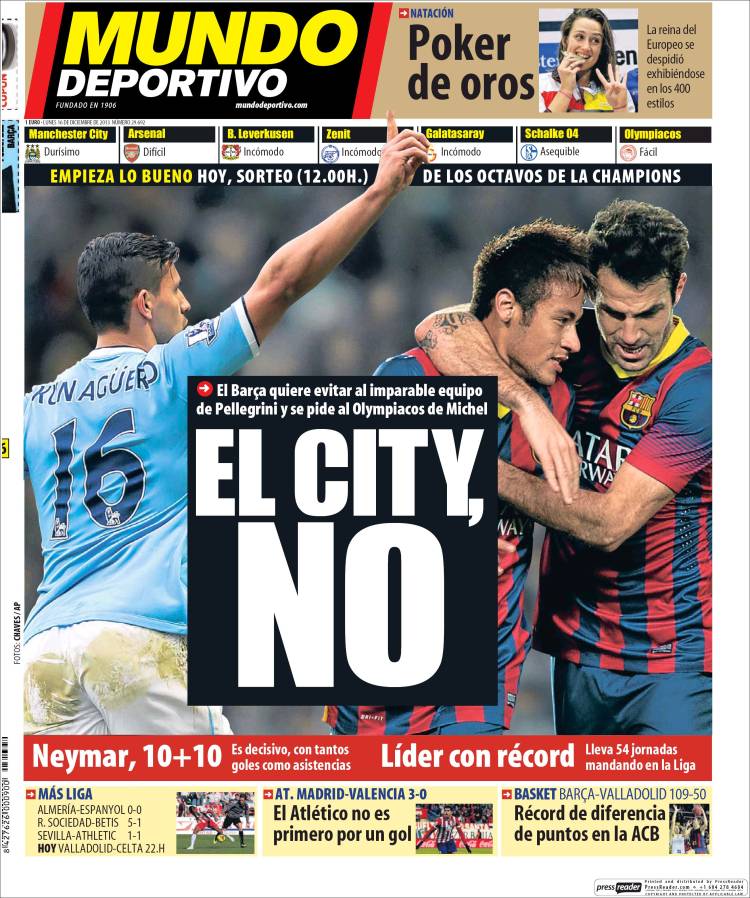 Neymar 10+10, he has scored as many as he has assisted

A new record: Barca have now led La Liga for a record 54 match-days

Atletico is not first by a goal