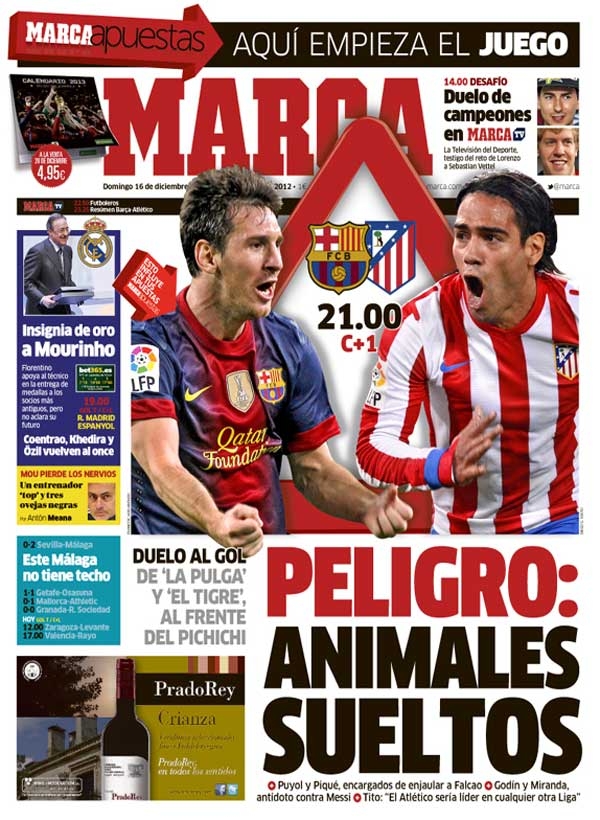 Danger: The animals are loose (Messi and Falcao pictured)

Duel for goals; La Pulga against The Tiger, a fight for the Pichichi

Puyol and Pique charged with locking up Falcao, Godin and Miranda to be Messi’s antidote

Tito: Atletico would be a leader in any other league

Insignia of gold for Mourinho: Florentino supports the coach as he delivers the medallions to the club’s most long-standing members, but, does not clarify his future

Sevilla 0-2 Malaga: This Malaga has no limits

Duel of the champions on Marca TV: The television channel to witness the challenge between Lorenzo and Sebastian Vettel 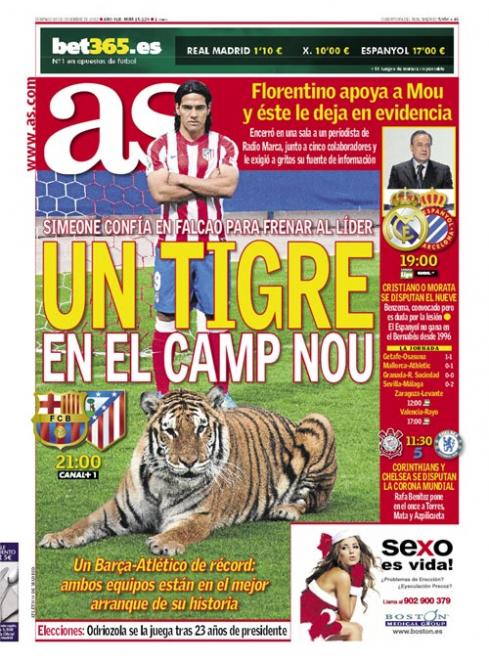 The Tiger of Camp Nou

Simeone confident in Falcao to stop the leaders

A Barca-Atletico record: Both teams have had the best start to the league in their histories

In the confinement of a room a journalist of Radio Marca, together with five collaborators and he demanded to know his source of information

Cristiano or Morata? They dispute for the number 9 position

Espanyol have not won at the Bernabeu since 1996

Rafa Benitez puts out his eleven and includes Torres, Mata and Azpilicueta

Elections: Odriozola to play after 23 years of president 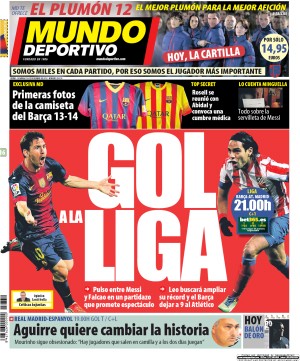 Goal to La Liga: A test between Messi and Falcao in a great matchup that promises to be spectacular

Mourinho continues his obsession: there are players that leave the field on a stretcher and two days later play