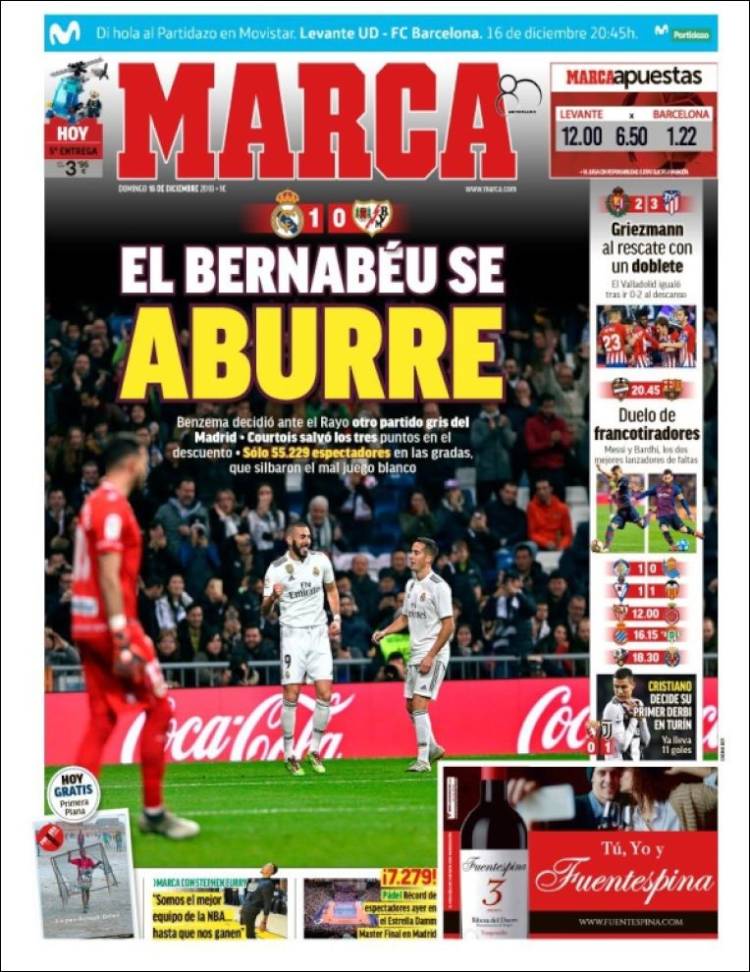 The Bernabeu gets bored

Benzema decisive against Rayo in another dull Madrid display

Only 55,229 fans in the stands, who whistled a bad Blancos performance

Griezmann to the rescue with a brace

Clash of the sharpshooters 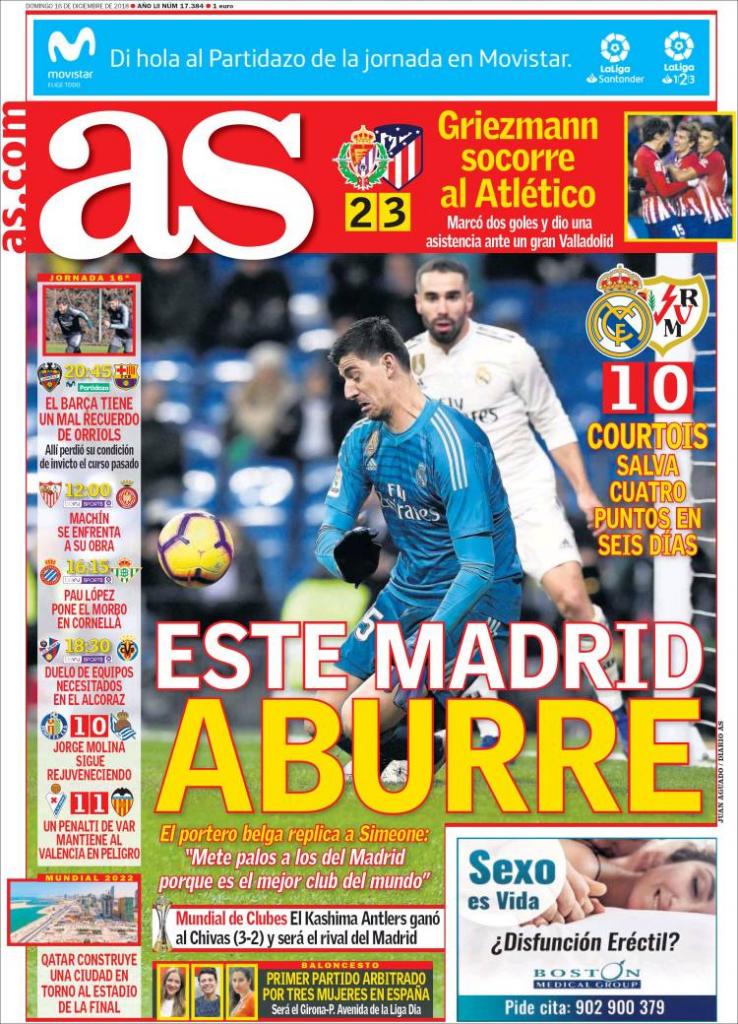 This Madrid are boring

The Belgian goalkeeper replies to Simeone: "He criticises Madrid because they're the best team in the world"

Kashima Antlers beat Chivas and will be Madrid's rivals

Barca have bad memories of Orriols

Pau Lopez the attraction at Cornella

Clash of sides in need at El Alcoraz

Qatar builds a city around the World Cup Final stadium 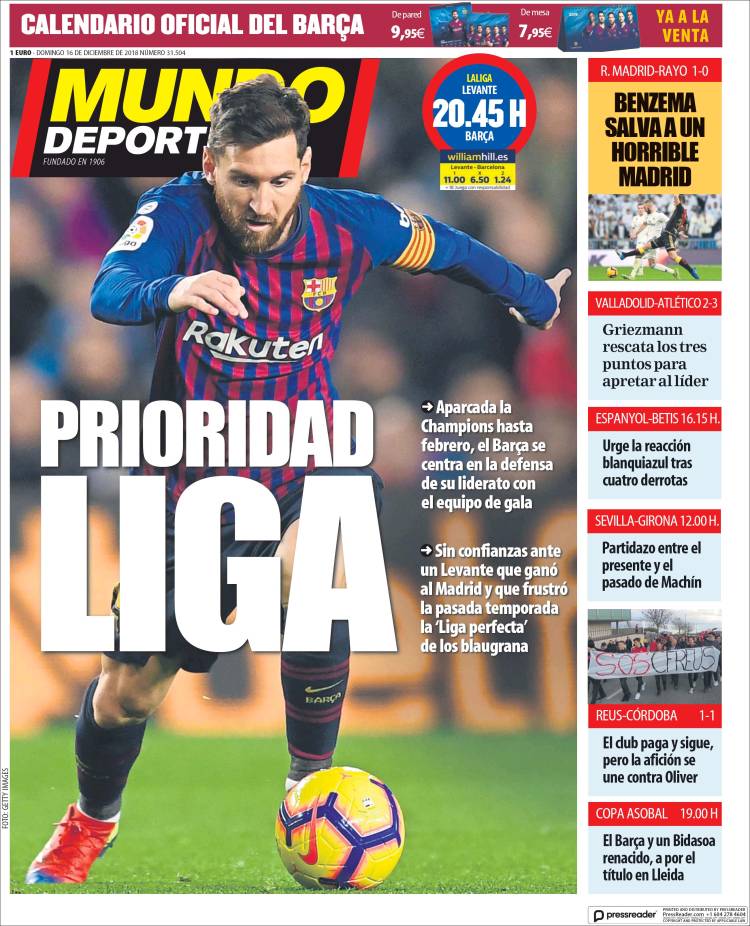 With no Champions League until February, Barca focus on defending their lead with a full-strength team

Griezmann rescues three points to put pressure on the leaders

Great game between Machin's past and present

Reus pay up and keep going, but the fans rally against Oliver