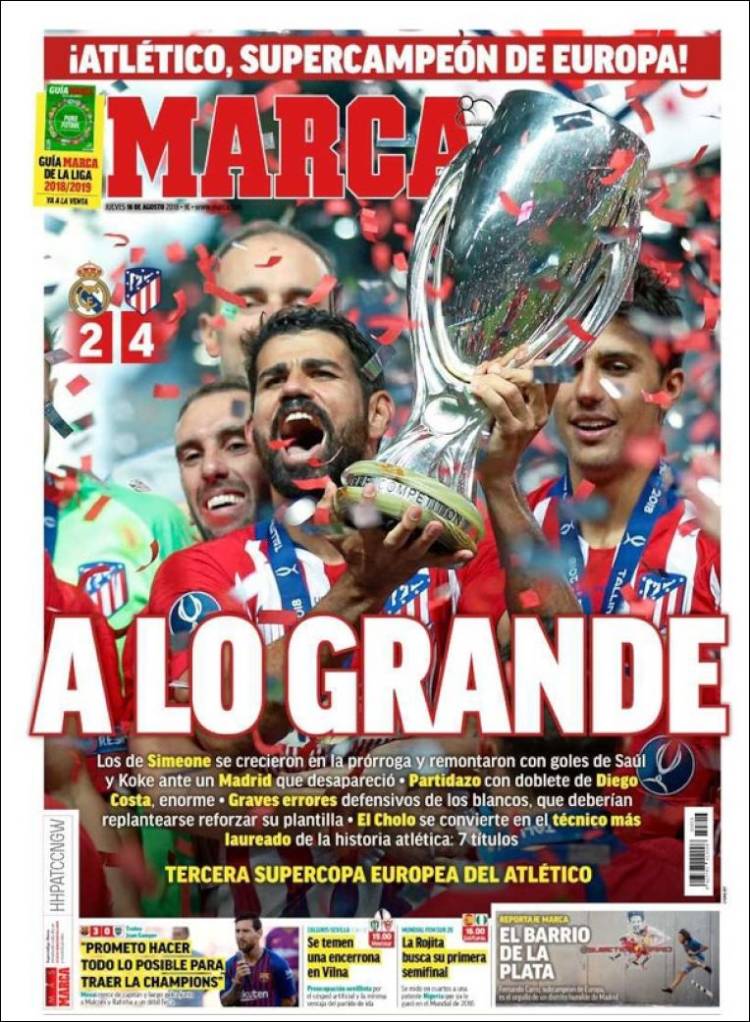 In a big way

"I promise to do everything to win the Champions League" - Messi

Sevilla fear a trip in Lithuania 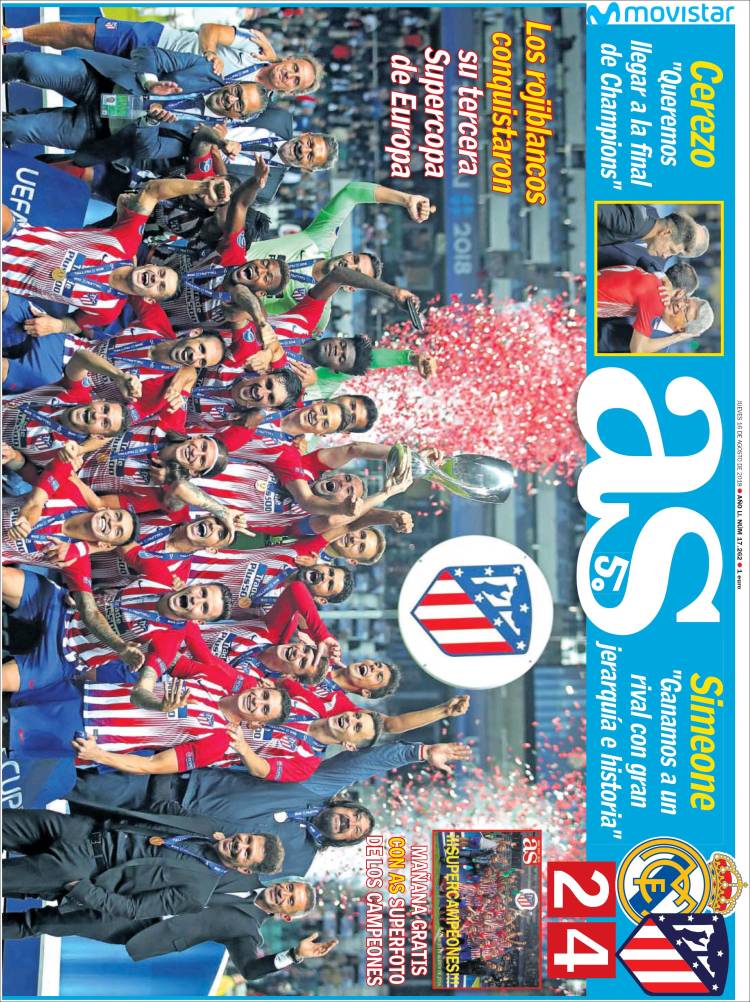 Cerezo: We want the Champions League final, Simeone: We win against a rival with great hierarchy and history 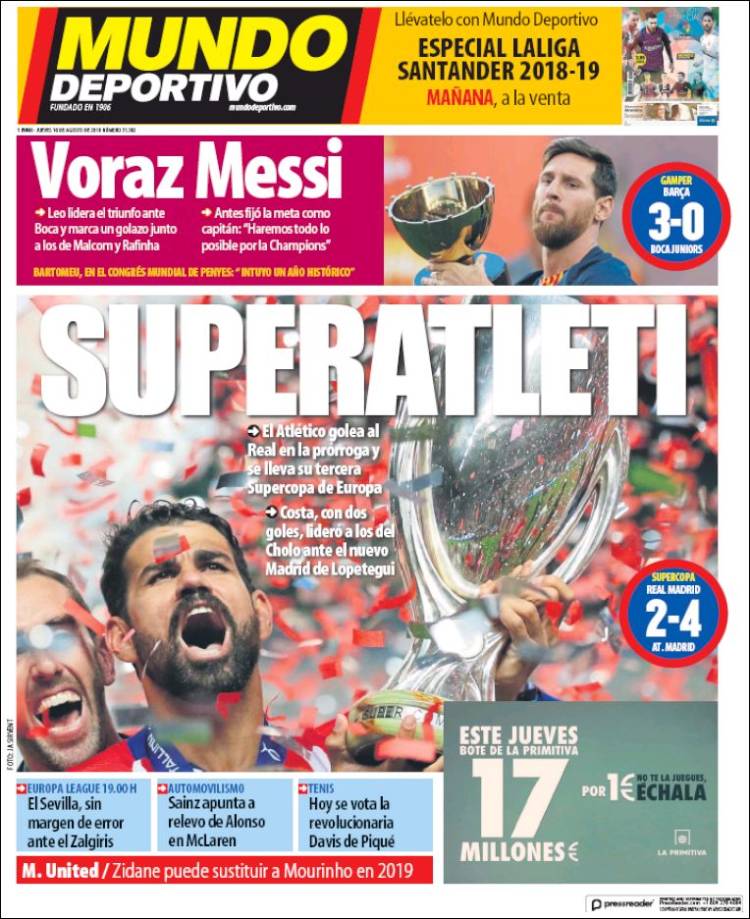 Voracious Messi - leads Barca to victory over Boca and scores a great goal, Malcom and Rafinha do too - "We will do everything possible to win the UCL"

Sevilla, without a margin for error in Zalgiris

Zidane could replace Mourinho at United next year