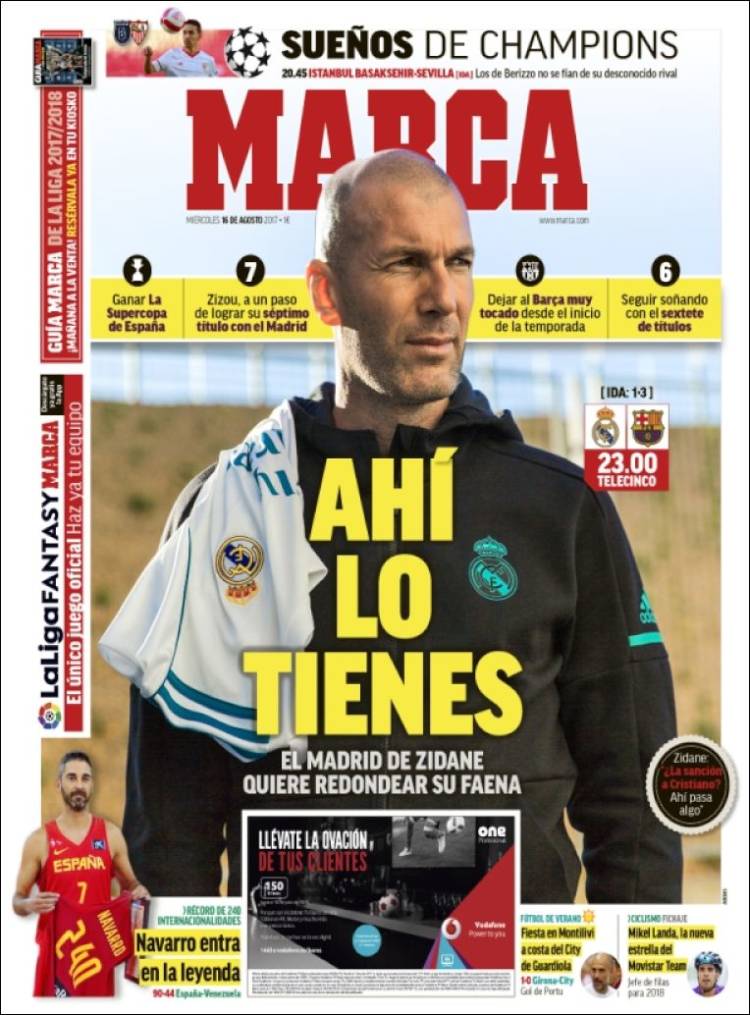 There you have it

Zidane's Madrid want to round up task - Supercopa would be ZZ's 7th title as manager, has bruised Barca since the start of last season, dreams of all 6 titles this season

Dreams of champions - Berizzo starts with Sevilla in Istanbul 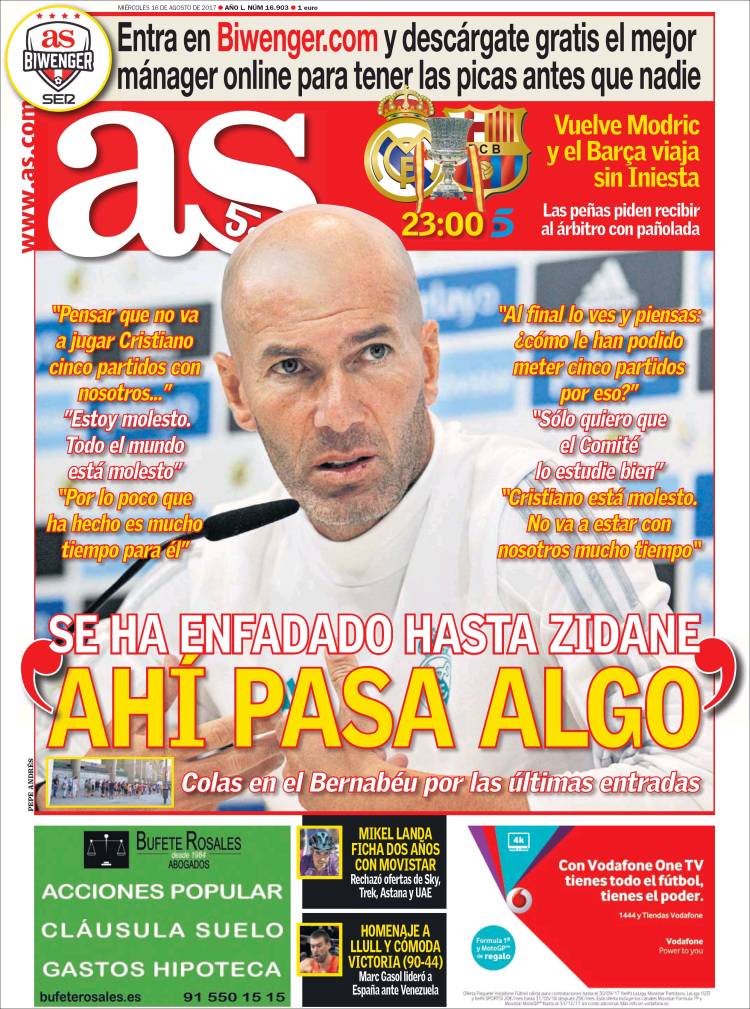 Even ZZ is angry

Modric returns, Iniesta is out

Queue at Bernabeu for remaining tickets 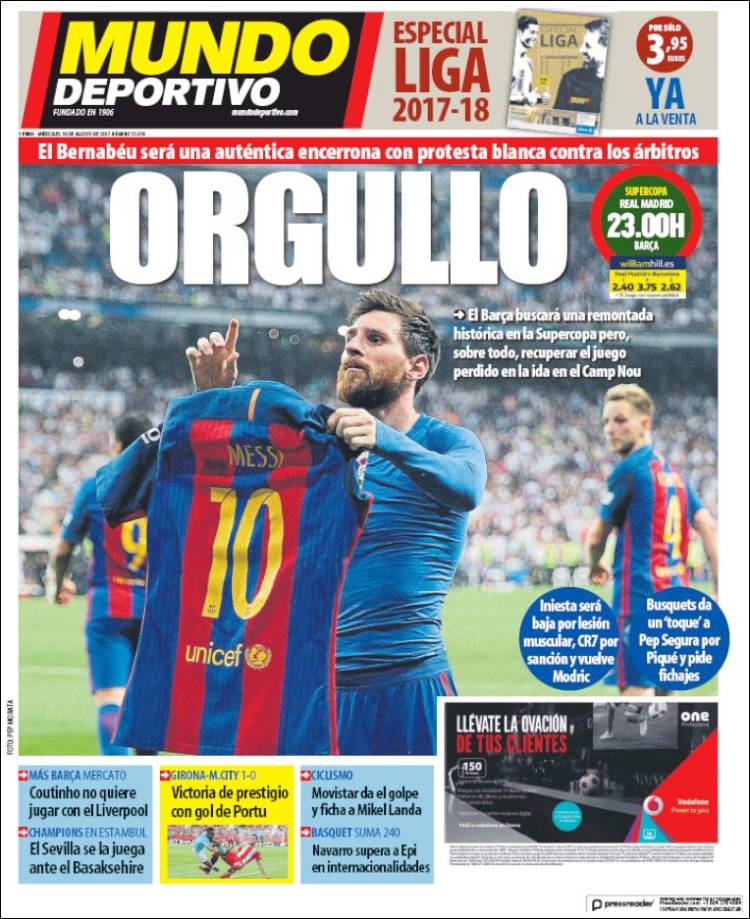 Barca search for historical Supercopa comeback but above everything, to recover first leg

Sevilla to play in Istanbul