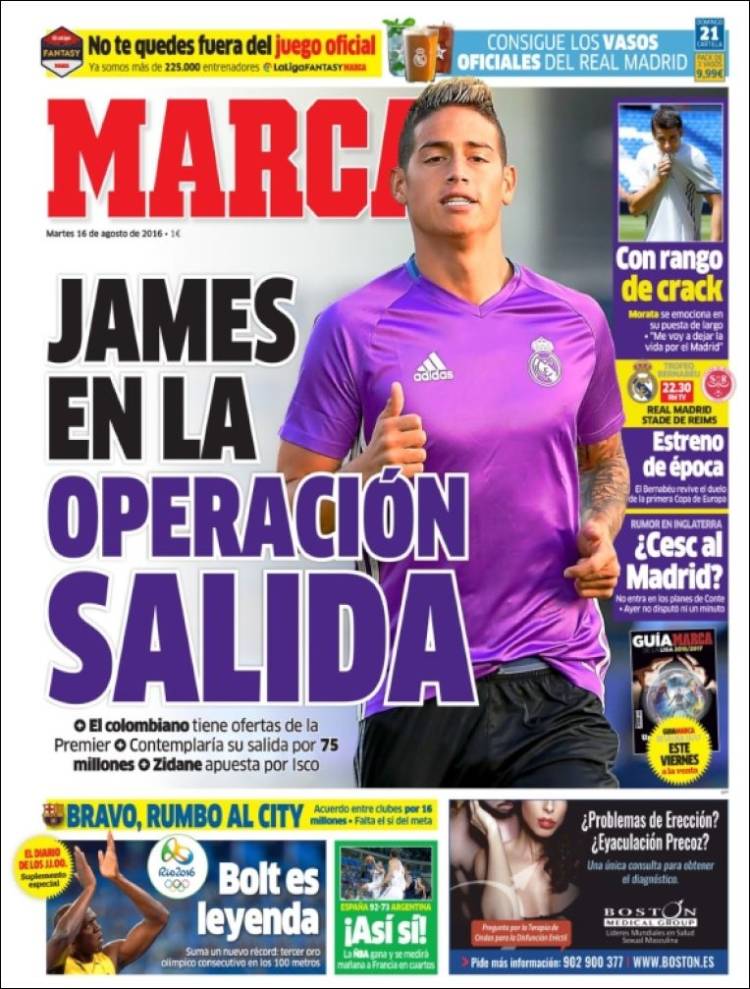 The Colombian has offers from the Premier League

They will consider his exit for €75m

With star status; Morata emotional for his debut

“I’m going to give my life for Madrid”

Rumour in England: Cesc to Madrid?

He does not enter into Conte’s plans

Yesterday he did not play a single minute

Agreement between the clubs for €16m

It’s just needs the ´yes’ from the goalkeeper 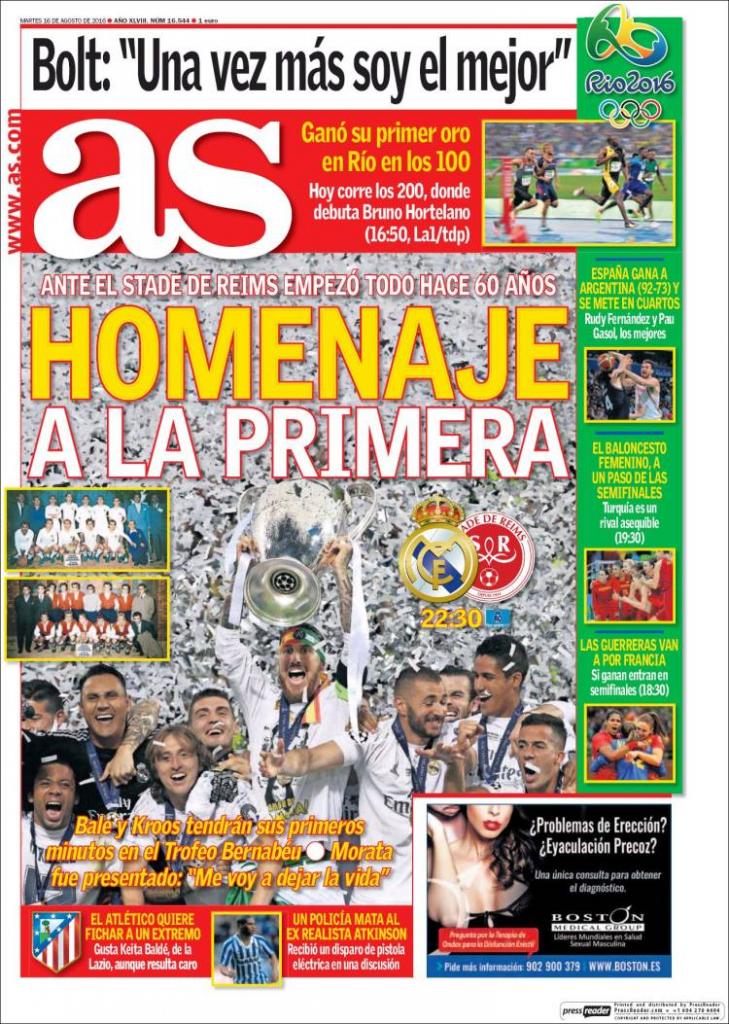 It all began against Stade de Reims 60 years ago

Morata was presented: “I’m going to give my life”

They like Keita Balde from Lazio, although he will be expensive

He was shot with a Taser gun during an argument 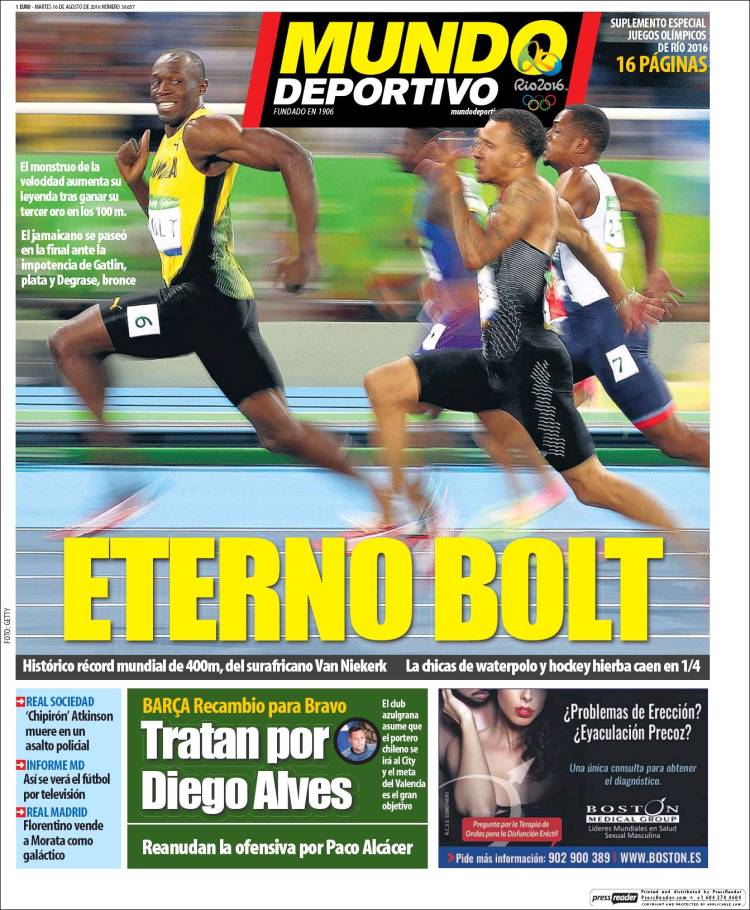 They will try for Diego Alves

They resume the offensive for Paco Alcacer

MD report: this is how football will be watched on television