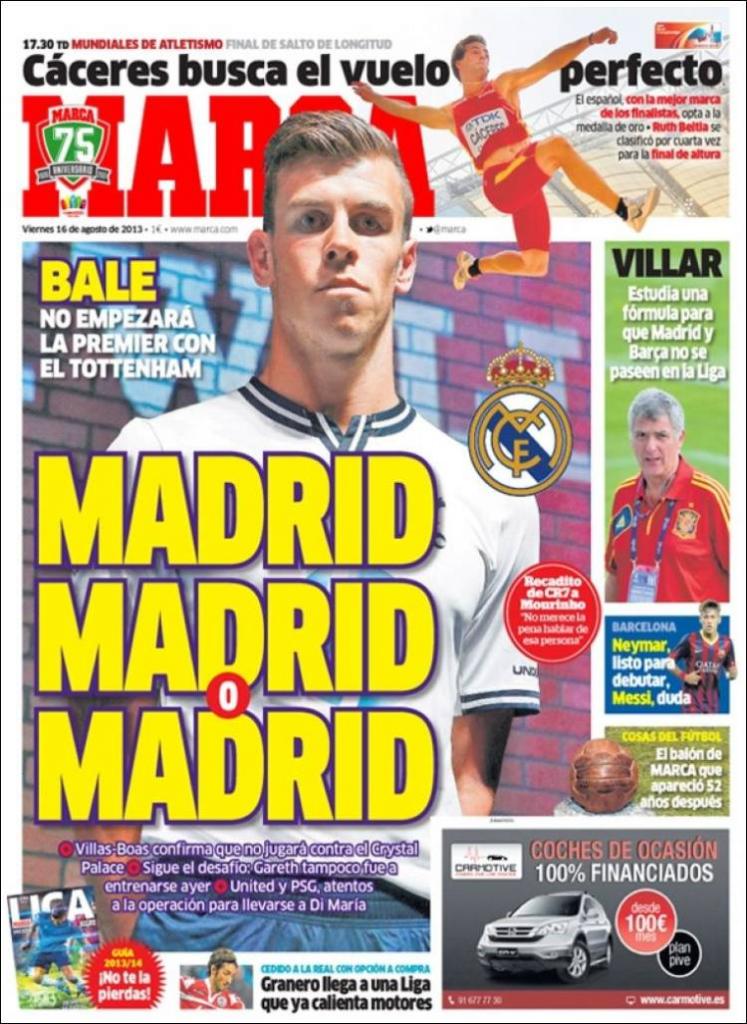 Bale will not begin the season at Tottenham

Villas-Boas confirms he will not play against Crystal Palace

He is still defiant: Gareth did not train yesterday either

United and PSG looking at the operation to take Di Maria

Villar: he studies a formula so Madrid and Barca do not walk away with La Liga

Loaned to La Real with an option to buy: Granero arrives at a League that is now warming the engines

Barcelona: Neymar ready to make his debut, Messi a doubt 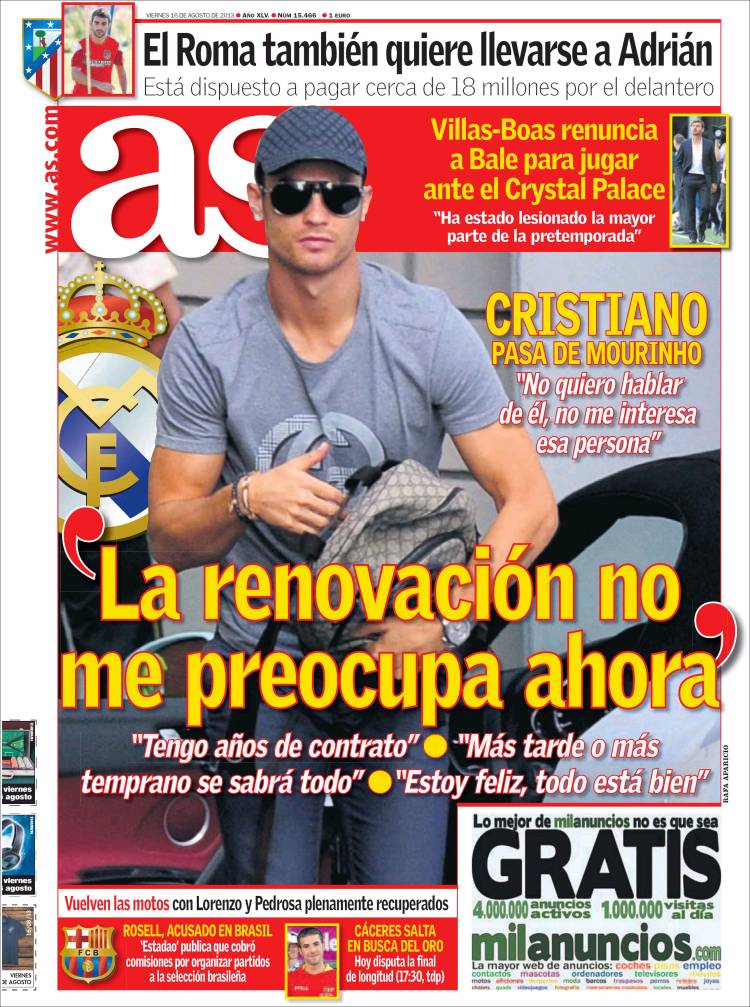 ‘Renewal does not worry me right now’

Cristiano passes on Mourinho: “I don’t want to talk about him. That person does not interest me”

“I have years left on my contract”

“Sooner or later we’ll know everything”

“He has been injured for the majority of pre-season”

Roma also want Adrian: they are willing to pay around €18m for the striker 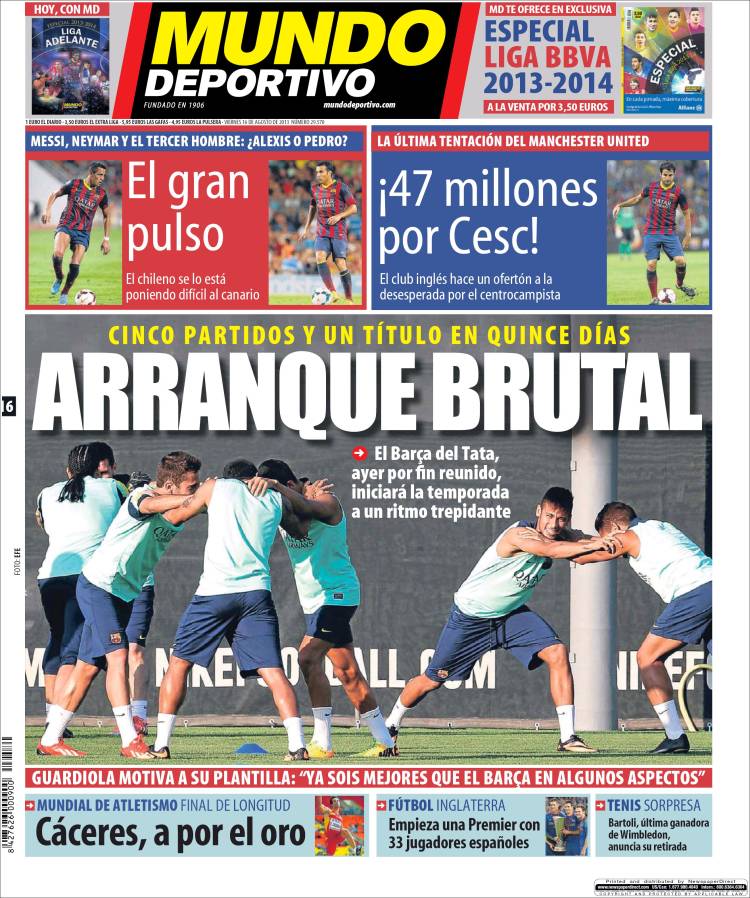 Five matches and one title in 15 days

Tata’s Barca finally reunited yesterday: they will start the season at a frenetic pace

The big showdown: Messi, Neymar and a third player – Alexis or Pedro?

The Chilean is making it difficult for the Canaries-born player

The last temptation of Manchester United: €47m for Cesc!

The English club make a great desperate offer for the midfielder

Guardiola motivates his squad: “You are better than Barca in certain aspects”