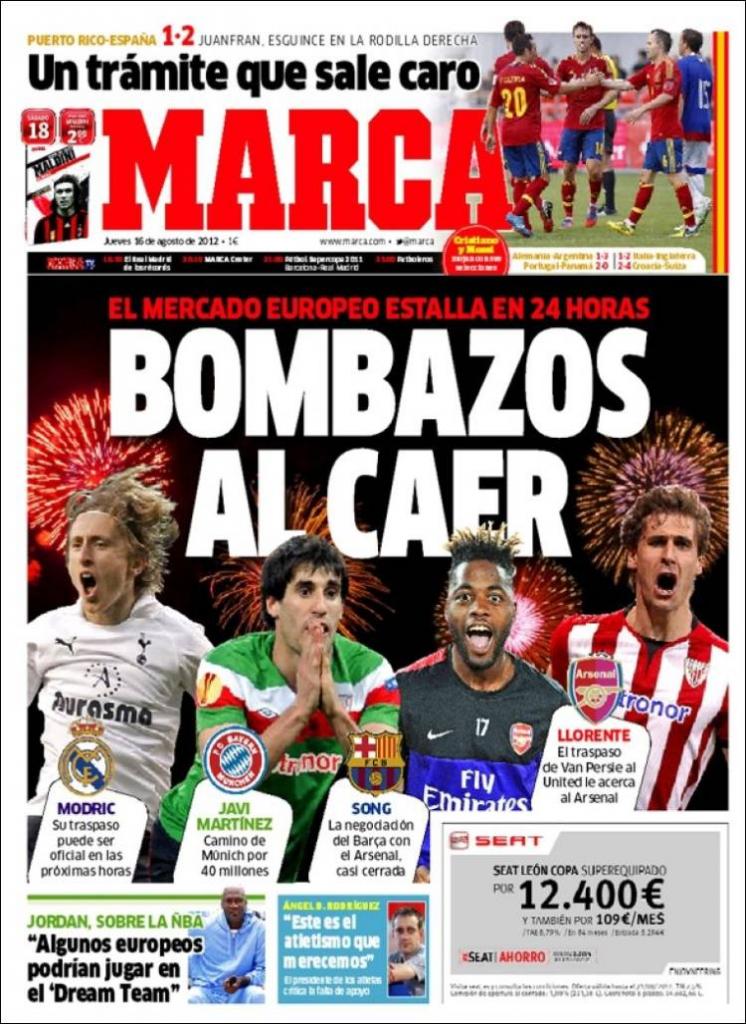 Bombs to fall: the European market opens up inside 24 hours

Modric - his transfer could be official in the next few hours

Javi Martinez - the road to Munich for €40m

Song - Barca's negotiations with Arsenal almost at an end 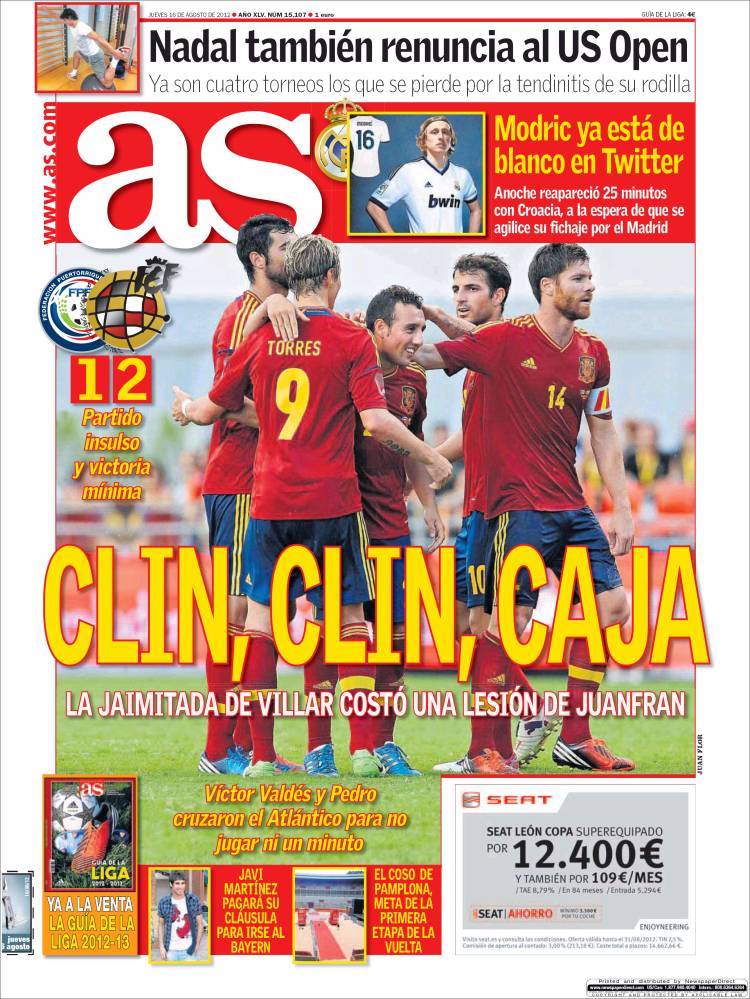 A modest match and victory by the minimum

Modric is now white on Twitter: he reappears for 25 minutes with Croatia and hopes that paves the way for his Madrid move

Javi Martinez will pay his clause to go to Bayern 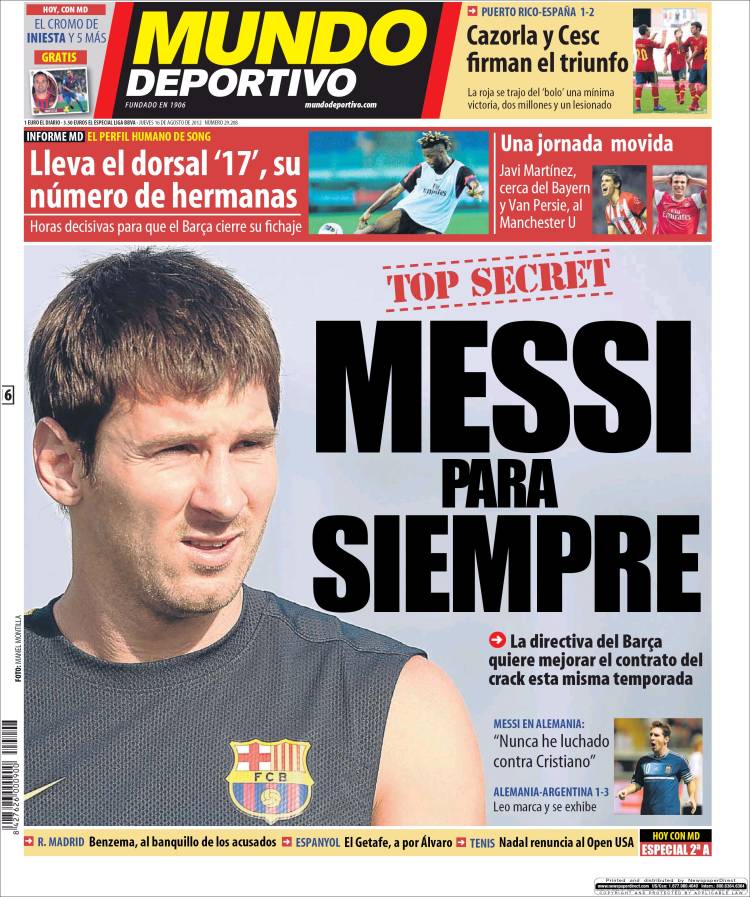 Messi forever: the Barca board want to improve his contract this season

Song's human profile - he will wear the No 17, his number of sisters: decisive hours for Barca to close the deal

Cazorla and Cesc seal the triumph: La Roja win by the minimum

Javi Martinez near to Bayern and Van Persie to United

Benzema: on the bench of the accused