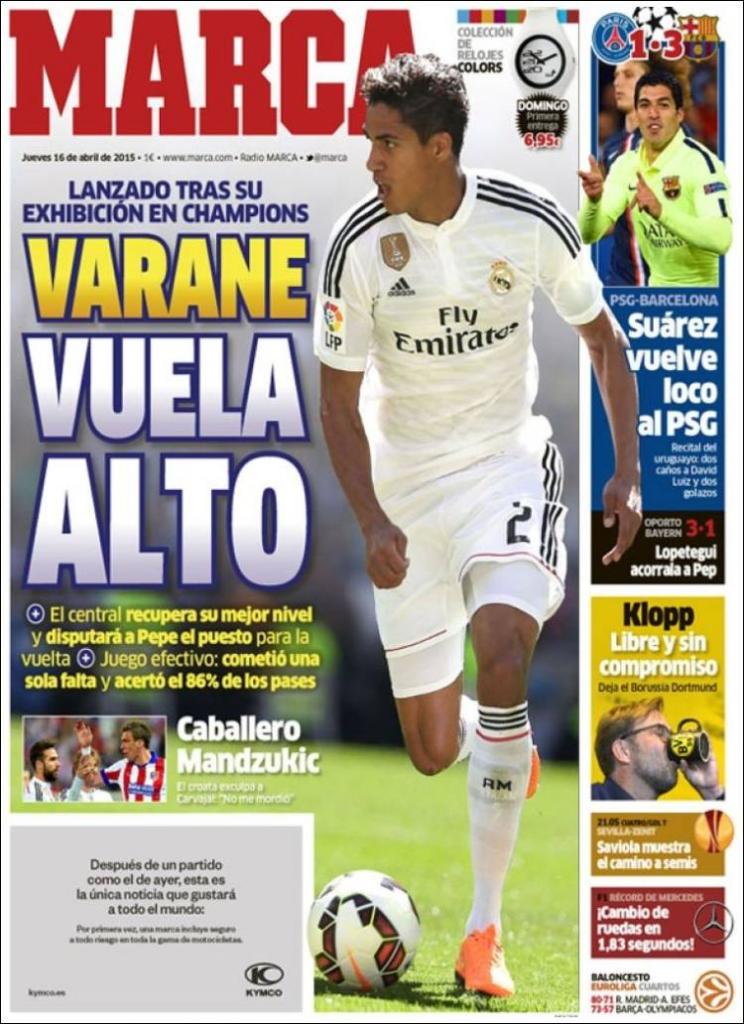 Unstoppable after his Champions League exhibition

Effective play: he committed just one foul and was on target with 86 per cent of his passes

Mandzukic the gentleman. The Croatian absolves Carvajal: “He didn’t bite me”

Suarez goes mad again against PSG. A fantastic display from the Uruguayan with two nutmegs on David Luiz and two great goals

Klopp, free and without commitments. He leaves Borussia Dortmund

Saviola shows the road to the semis 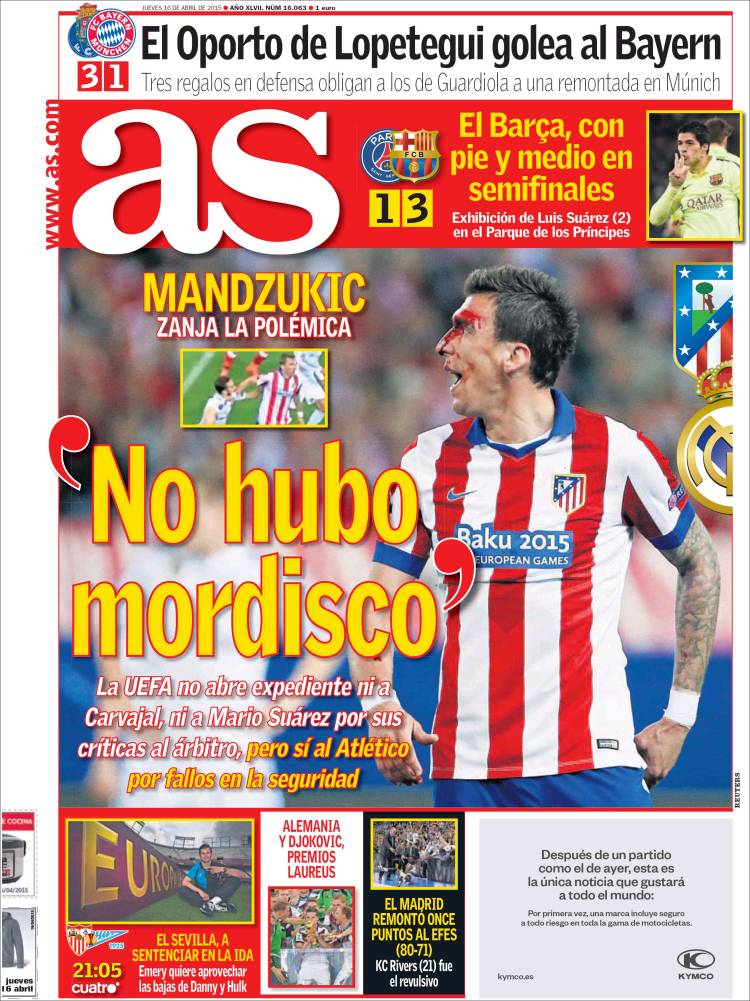 Mandzukic buries the controversy. “There was no bite”

UEFA will not open proceedings against Carvajal or Mario Suarez for his criticism of the referee, but will do so against Atletico for lack of security

Barca, with a foot-and-a-half in the semi-finals

Exhibition from Luis Suarez (2) at the Parc des Princes

Sevilla, hoping to seal the first leg. Emery wants to take advantage of the injuries to Danny and Hulk 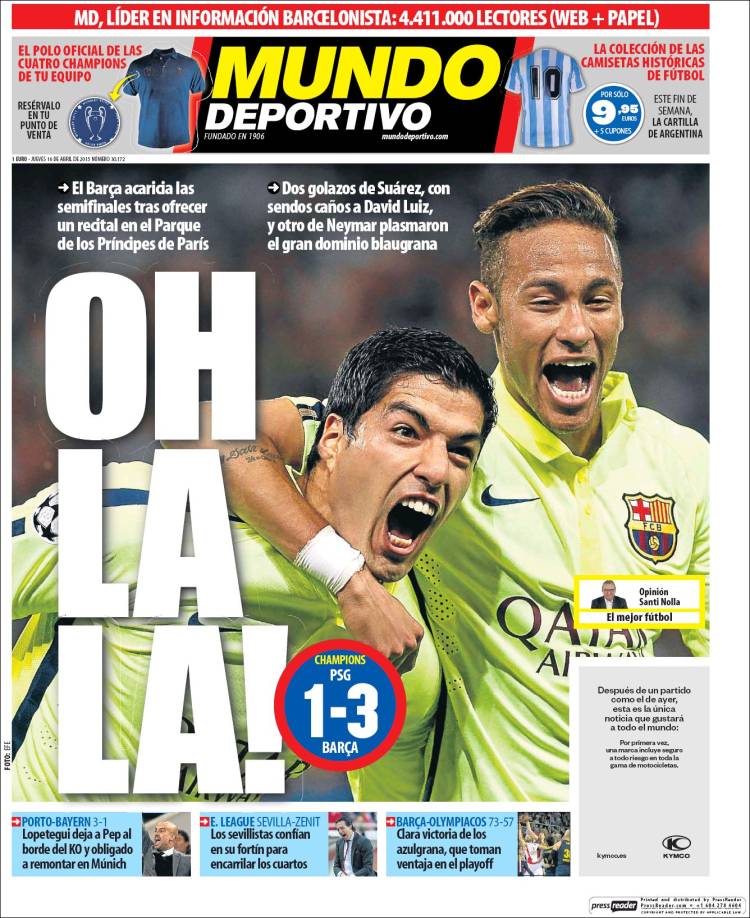 Two great goals from Suarez, with nutmegs on David Luiz, and another from Neymar symbolise the Blaugrana’s great domination