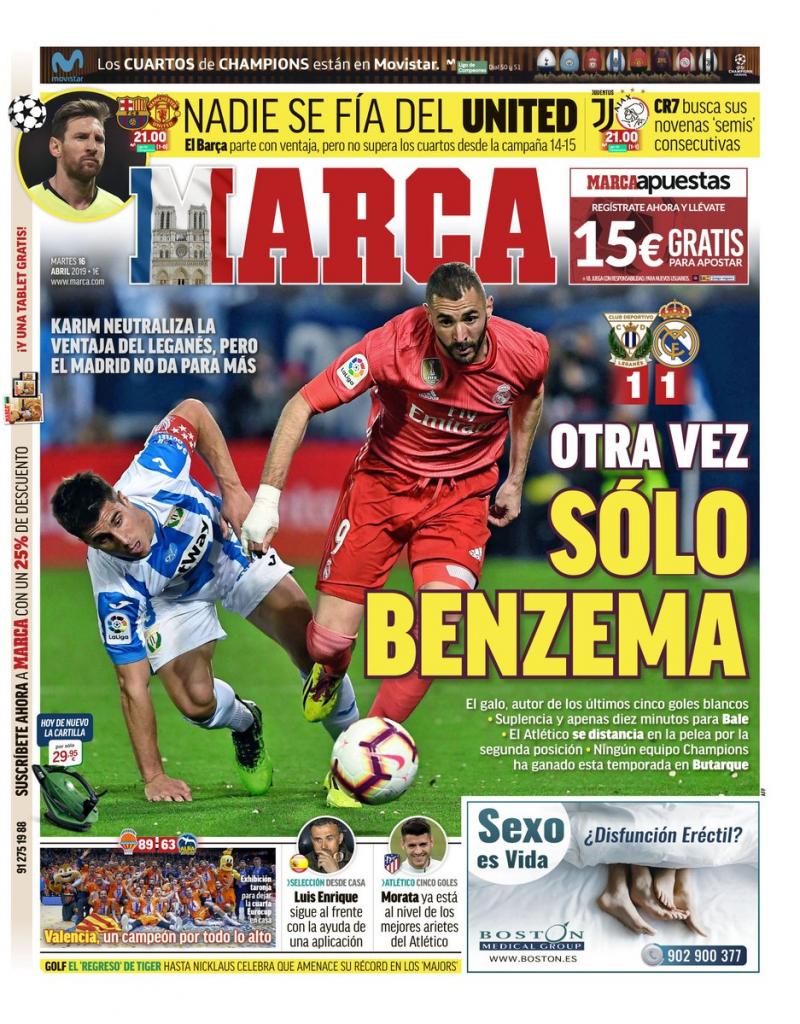 Once again, it's only Benzema

Benzema stops Leganes win, but Madrid give nothing more

Involved in Madrid's last five goals, Bale only gets 10 minutes, Atleti consolidate second, no Champions League team has won this season at Butarque

Nobody trusts United - Barca have a gap, but haven't qualified for semi-finals since 2014-15

Morata at the best level of Atleti forwards 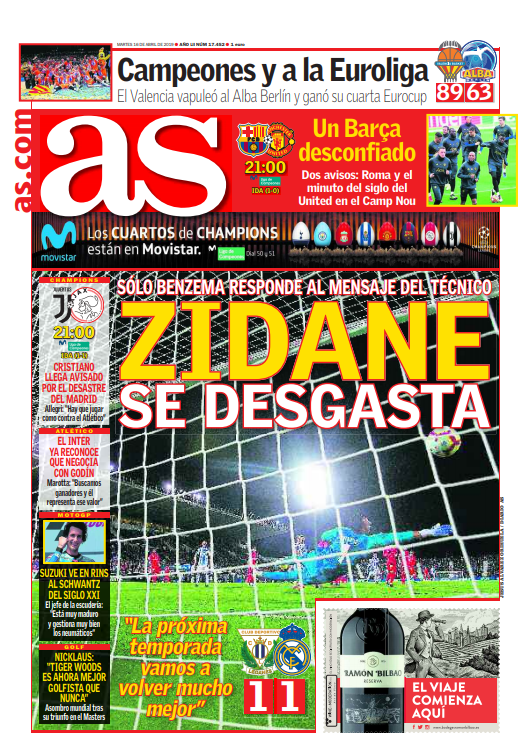 Only Benzema responds to the Coach's message

"Next season we will return much stronger" 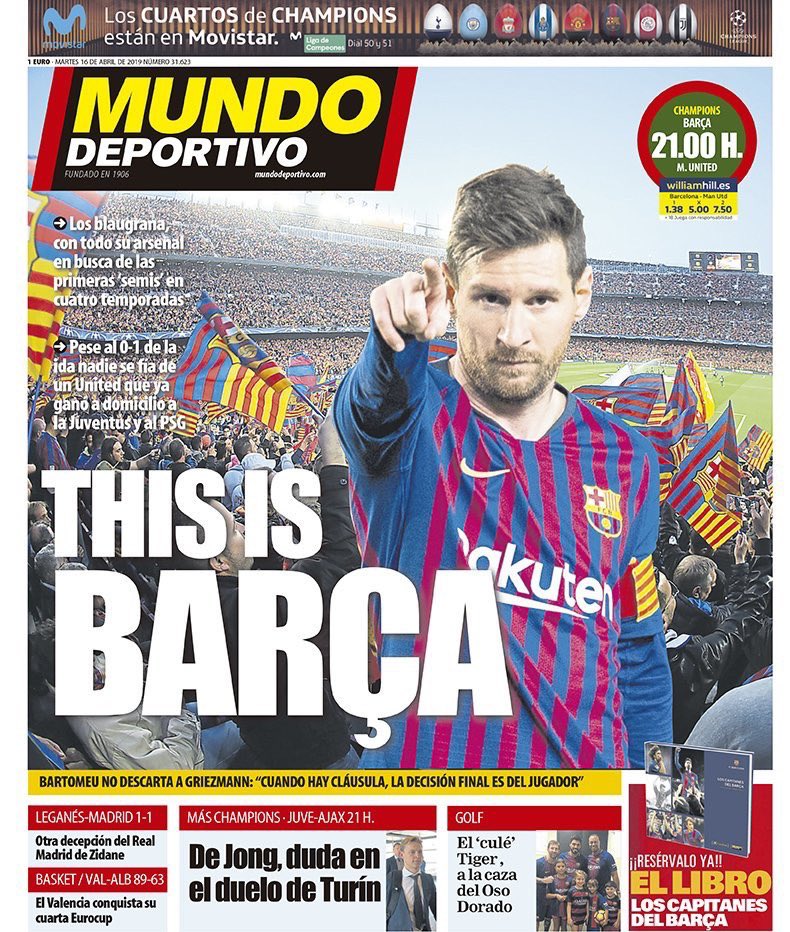 The Blaugrana with all their artillery to reach the semi-finals, lead 0-1 but United have won at Juventus and PSG

Bartomeu doesn't discard Griezmann: "When there is a clause, the final decision is the player's"

Another deception from Zidane's Madrid

De Jong, a doubt for the game in Turin