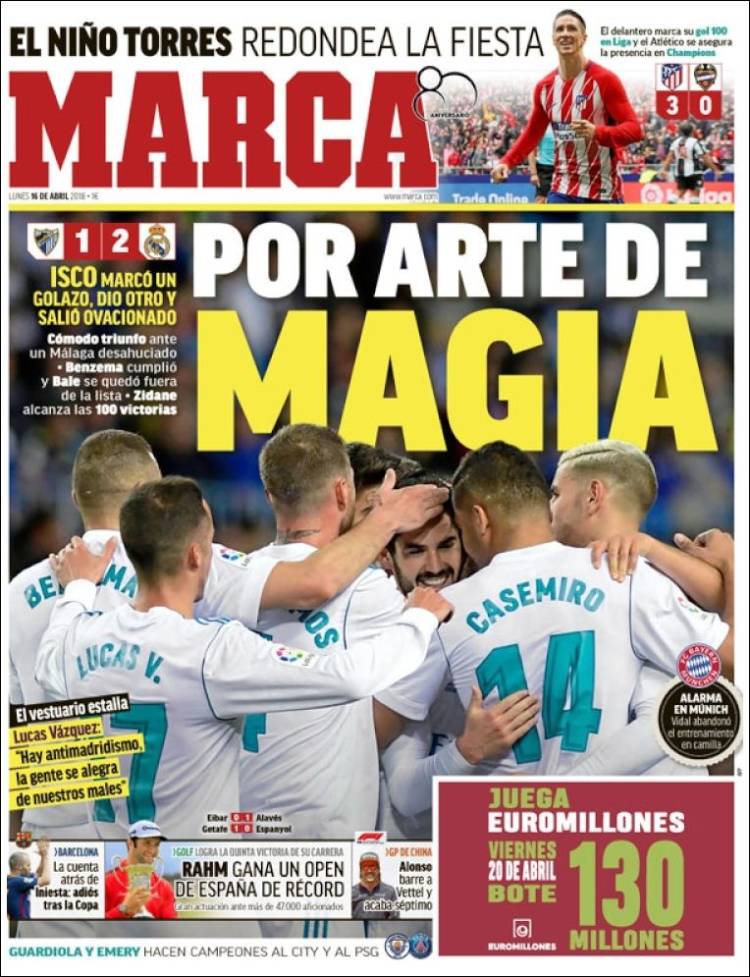 Isco scores a golazo and leaves to standing ovation

Comfortable victory against a hopeless Malaga, Benzema fulfilled and Bale stayed out of the squad, Zidane with his 100th victory

Lucas Vazquez: There is anti-Madridismo, the people are happy about our problems

Iniesta: Goodbye after the Copa 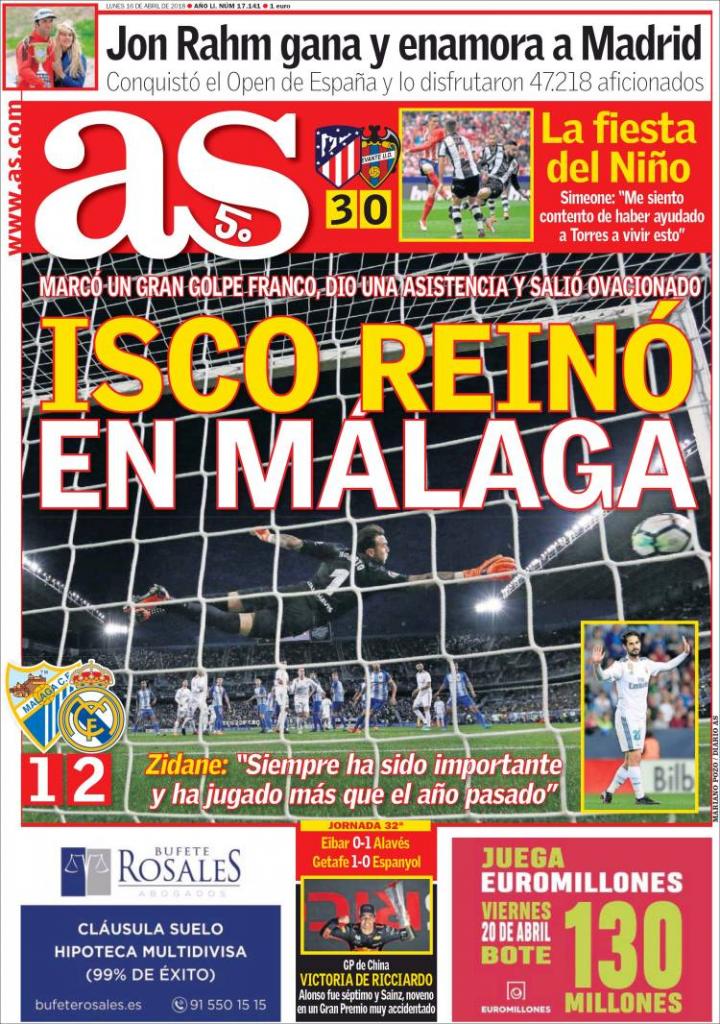 Scored a great goal, gave an assist and got a standing ovation

Zidane: He's always been important and has played more the last year

Torres's party: Simeone: I'm happy to have helped Torres to live this 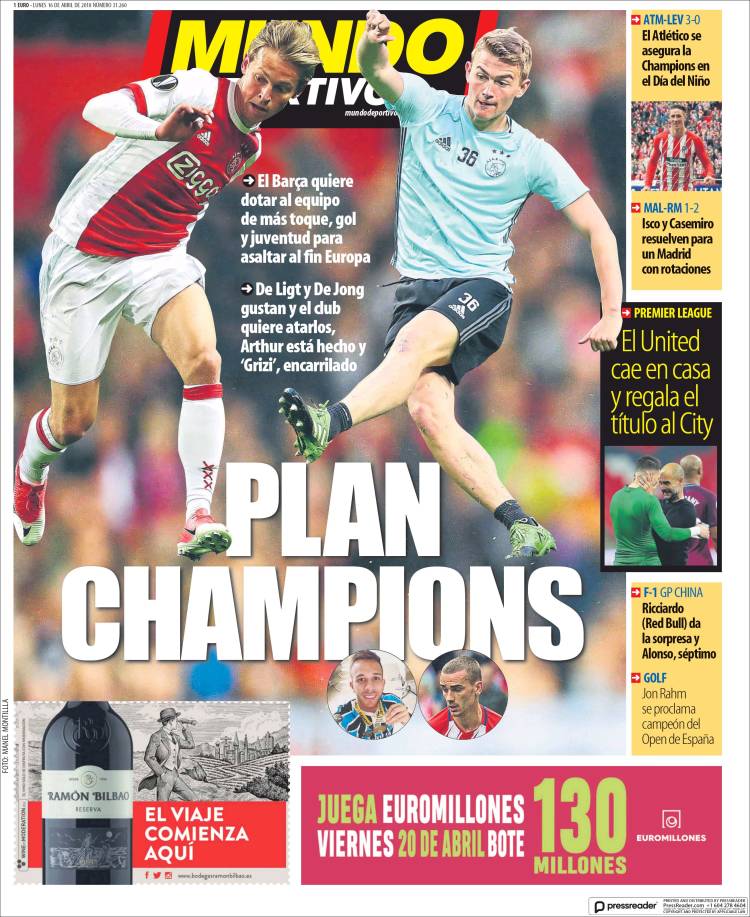 Barca want to add more youth to side for Europe, De Ligt and De Jong are liked by the club, Arthur is signed, Griezmann on track

United lose at home and City win the league